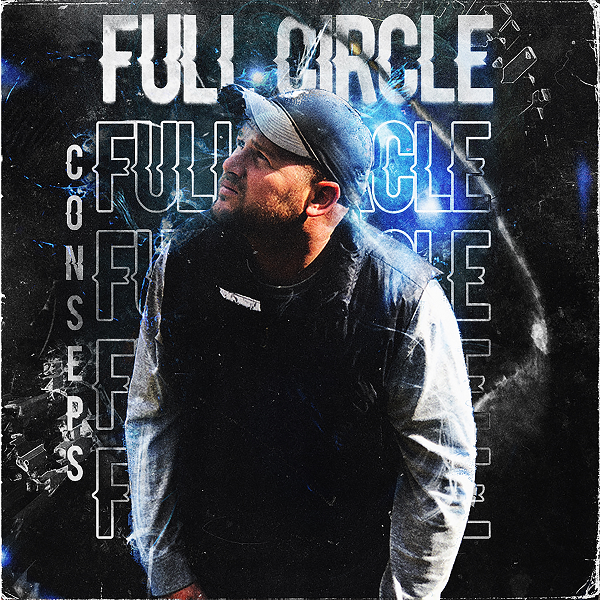 Adelaide's own journeyman delivers his best work to date.
Conseps got his feet wet performing various live shows and radio appearances around Adelaide in the 2000s. He featured on two 12-inch records with the crew Adroit Effusive ('Part A' and 'Part E') and had success on local radio with heavy-rotation of the track 'Moeshzilla & King Kongseps', alongside fellow Adroit Effusive crew member, Motion. Since then Conseps has released the underground classic 'The Ice Breaker' with friends Patti and DJ Kansel and featured heavily on the debut LP ‘The Album’ with long-time crew Adroit Effusive. Conseps has gone on to record and perform alongside some of Australia’s best underground emcees.

Full Circle features the banging tracks ‘SoufLyfe’ ,‘ Trust The Process’ , ‘Knock Knock’  and the soon-to-be classic posse cut ‘Deadly Dose’. Atop hard hitting beats with mix of dark and upbeat production, Conseps tackles various subjects, with often topical rhymes, touching on personal issues, life and death, with a good blend of introspect drawn from everyday experiences. Without a doubt Conseps is back representing Adelaide to the fullest!