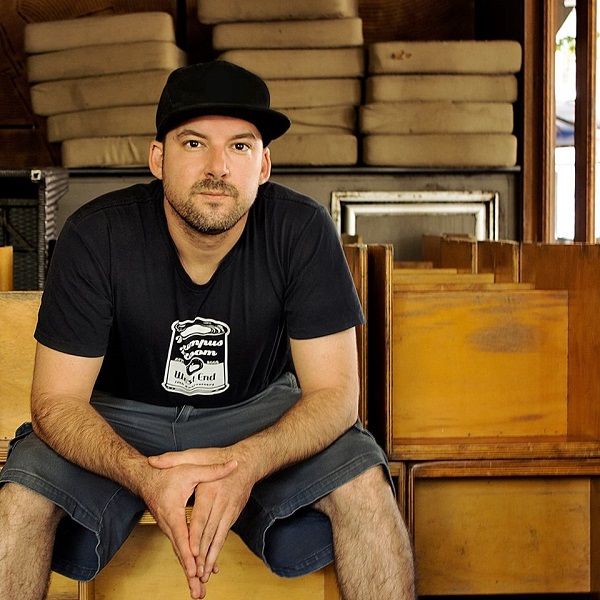 Confessions is the newest release to drop from Brisbane MC and vocalist Crooked White. The Cairns FNQ raised talent is also the front man for Schoolfight and long time hook man for Triple3. This album showcases the variously titled MC's strengths as a solo artist, effortlessly flowing between gruff verses, to singing catchy and polished choruses, to sharing his insight and personality through the tracks.

The album is a definitely a party record. As smooth and shiny as it is, it is also, very gritty. It has a nice balance between a "commercial" melodic sound and being downright crass and rude. It has the exuberant humour and brash attitude that acts such as Funkoars bring the table. The type of music to play loudly whilst cleaning your house or having a few drinks with friends. That leads one to the assumption that these tracks would also translate very well live.

Crooked White has a gruff rough emcee style. His voice has various shades of colour, and he pitches his verses as a rapper very well, often a more overlooked thing that emcees don't take on board. His lyrics are very sarcastic and funny, but he also shares a lot of his personality through them. His singing is on point. Even though I'm more of a fan of chorus cuts as opposed to choruses, all of these hooks are exceptionally well delivered, and pitched nicely. He is joined on "Vibe On" by Masterwolf, and "Crooked" by 7ravesty333 who both contribute dope pieces to the project.

Overall, the album plays beautifully back to back, with no skippable tracks, although a little light and shade for dynamics would help break the album up a little more. That being said, this album is superbly produced by Aussie Ozborn, every track is a banger, and has a big boom bap sound, with heavy melodies. His beats set the tone of the whole project, and has nice elements of soul, funk embedded in the resin of the songs.

The albums biggest strengths are overall vocal performance and production, but perhaps the albums greatest strength is the mix/master by Cris Stevens Federal Audio. It is very professional and extremely well-polished and enhances the already well-developed structure of beats and vocals.

This album is solid, and a great long player that you don't have to skip a single song and satisfies the musical sensibilities of a positive record. Radio play with this one, you would think is a no-brainer. It has a 'radio' sound to it, but that is not said in a negative way, as it still pays dues to the elements and represents Hip-Hop culture in a good way. It is an impressive effort from a talented vocalist, and a collaborative effort of talented individuals.

Watch Crooked White 'Put It On Me' Below!