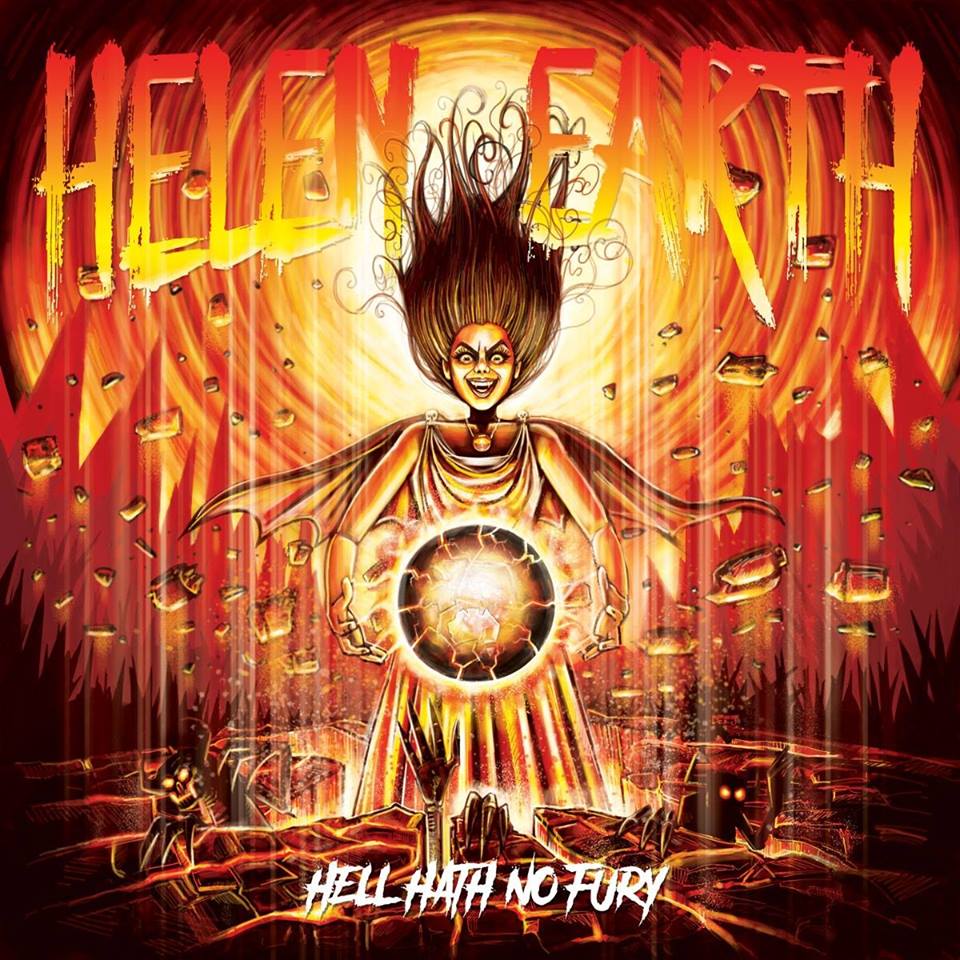 Queensland emcee Helen Earth creeps out the fiery underworld with her debut album Hell Hath No Fury, taking no prisoners and cementing herself as one of the most technical and raw female emcees in this country. The viciousness and energy that she projects is ferocious, also her ability to change up her tone and knowledge of her vocal range is usually not present on someone’s first LP, so I find this project very impressive.

This album continues the winning streak from Shake Down, every release they have distributed has been on point. Originally from Perth, Helen chooses the best in the west to handle the mixing, cuts and master, Rob Shaker, and as usual he does a phenomenal job on that front.

The album starts with an intro, with a well selected pitched down sample from the movie “The Network” you know you’re in for something good. Then Sun Tzu…. Haha, raw as f. She has an extremely flowy and aggressive style. Every verse she delivers has exceptional bite and ferocity. Aggressive and unapologetic, she rips and blisters through her verses, but does so in a musical way, and her lyrics are intelligent. Sometimes she is ruthless and crass and sounds downright evil, other times she is veracious, and delivers wordy verbose lyrics which you can tell come from a complex, wise individual. The topic matter in this album is vast, so it makes it hard to comment on, but variety in tracks is what makes it an enjoyable long player.

Production is handled by a lot of different contributors but still has a cohesive sound. Helen does a good job of delivering on every track which adds to that glue between tracks, but it is also a reflection of good beat selection. She has some crazy beats from Matt Rafle, AussieOzBorn, Truth One, Sinks, Uncle Sam, Breath and Rob Shaker. It has a heavy boom bap 90’s flavour, inside the beats and flows. Shadz and Breath contribute dope verses to the project, but Helen does not rely on any other emcees, she is brutal on all the tracks, casually tearing each song a new arsehole.

Some people will obviously have criticisms, it is the nature of doing something original, and how raw boom bap is a forgotten art form for the most part, but this album is extremely dope, and Helen Earth is my new favourite female emcee in this country. I can imagine Rob Shaker would have had an interesting time mixing this one, as she has the aggressive tones that cut through the beat the way Kogz does. You can tell this is one of the albums seldom created, when a collaborative team just gets everything right. Can’t recommend this one enough.