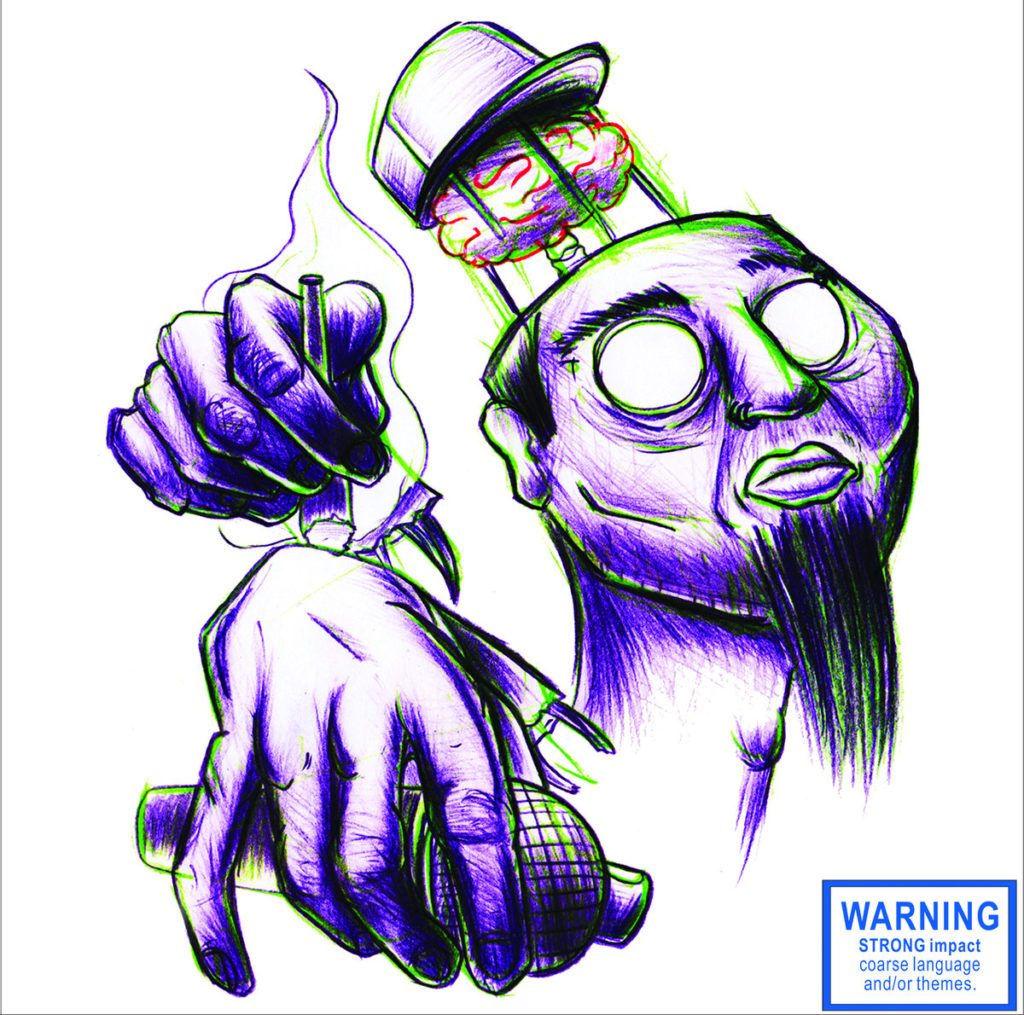 Vic The Bitter – Side Affects

From the west side of AUS, Vic The Bitter has blessed us with a giant release. The “Side Affects” Lp is an extremely bass heavy, full-strength, brusque example of Australian Hip-Hop in its raw but refined form. The type of release that is not simply explained in words, but very easy to comprehend upon first listen, the tunes get you entangled straight away.

The Perth-born emcee has been around for minute, Melbourne heads may remember him from shows he did whilst he was living there for 3 years, supporting the likes of Brad Strut, Kings Konekted etc. This LP was also started in Melbourne (The sun rises in the east but it sets in the west.)

The author of this article could be considered a hater. A jaded purist, or a judgemental prick. He could be considered a very critical and hard to impress c@#nt. I say that not to degrade ones character, or to detract from what is being said. I say this as an attempt to explain that the praise and accolades given, is from a source that takes a quality project to impress me, to which this album definitely has (from first listen, through to sequential plays.)

Vic The Bitter has a fast paced, coarse and rough style. Fans who appreciate both raw gruffness on the voice and interesting/unique wordplay, will love his style. His voice reminds me of a few emcees (although comparisons are always a fickle idea,) such as Dekoda, Billy Bunks and Ken Oath. However, his style of rapping in terms of flow and lyrical content is purely his own. He covers different topic matter from battle/braggadocio tracks, to narratives, to solitary boredom, drug use and random topics. The main consistency with this album, is that every track is a banger. That term not being used loosely either, this shit fucking bangs.

This album features a surprising yet rock-solid list of guest artists from different parts of Earth, ranging from Perth, to the US, to the UK. The 1st feature is by Stinkin Slumrok from the UK. He slaughters this verse. Crazy flow and infliction on his voice, dope lyrics. I’ve only heard limited amount of his work, but this has definitely pushed me to look at more of it, super nice. The 2nd feature is Aslan, on “Livewire.” Aslan slays his verse as usual, combining his complex black magic imagery and wordplay, effortlessly flowing over his self-produced beat. The 3rd feature is “Death Scholars” featuring Non-Phixion’s Goretex and Clandestein’s own Tomahawk. This track is a huge banger, Goretex doesn’t skimp out on the feature, he goes in hard and Tomahawk delivers his signature cryptic lyrics, baritone hefty delivery. The final feature takes the prize for best verse of the whole album. Sean Price’s posthumously released verse is one of his finest, his delivery is just ridiculous, and he gives me chills on this one.

The artwork on this one is handled by Vic himself, and is well crafted and gives the album visual representative of what to expect from the sound.

I left production to last in this article deliberately. The beats on this release are arguably what makes it so good, and in my opinion the albums strongest quality. The main bulk of the album is produced/mixed by Professa Kaos. He has incredible production. Every beat is fucking mammoth, slamming boss, bass heavy, big drum Hip-Hop. It has the perfect blend of electronic influence/sound quality and classic boom bap feels. His mix downs on the vocals is also worth mentioning as he makes acclaimed artists like Sean Price and Goretex sound colossal and as good quality as any of their other work. However the sheer quality of Professa Kaos’ work kind of overshadows the other songs on the album, from beats to the mix downs, there is definitely a sense of a shift in quality when the tracks move from his work to others. This is not to detract from the other songs on the album, they are all great tracks, but in context of the whole album, I think that the project would have been more consistent and possibly better if it were all handled by Professa Kaos. This is meek critique however, as mentioned above, the whole piece is a great album, but the standard of quality on 90% of the tracks does stand at a height quite above the other 10%.