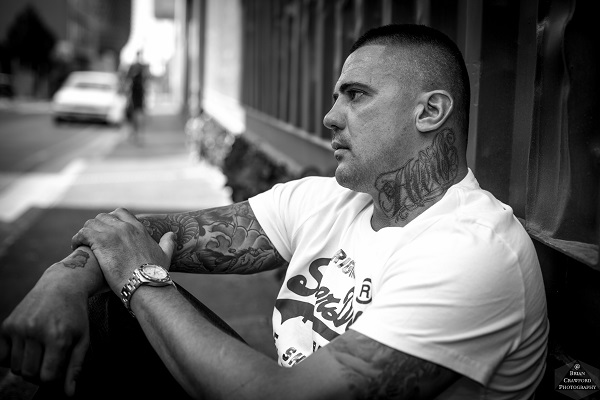 Adelaide emcee Alerts has dropped his new single “Southside” via YouTube tonight featuring Purpose, produced by Suffa of the Hilltop Hoods, mixed by Simplex and featuring cuts by DJ Sanchez. The three-minute offering from the pair gives a full 360-degree insight into growing up in the Southern Suburbs of Adelaide, affectionately known by many as the Southside. Per capita, the Southside of ADL has arguably produced more nationally prominent rappers than anywhere in Australia with the likes of Hilltop Hoods, Delta, The Funkoars, Terra Firma, Prime, Prime, K21, After Hours and Train Of Thought all coming from the South and this track continues the legacy of quality – check below.

Alerts would go on to collaborate significantly with Kimence, as well as with a careful selection of Adelaide best including Mnops, Social Change, DJ Dyems and most recently Conseps. It is his stand-alone music however which has really established himself in his own right and led to support slots with the likes of Royce Da 5’9, Ras Kass, Kerser, Kings Konekted, Tech N9ne, Raekwon & Slick Rick, Skrub, Complete, ChillinIT & Wombat, Rates, Delta, Cormega, Spice 1 and Fat Joe since 2015 leading him to headline his own gigs. Having performed all up and down Adelaide, Melbourne and Tasmania, Alerts has built a reputation for himself somewhat the old-fashioned way as a writer and performer from the ground up with a swell of support.

Back in late March 2018 almost two years ago to the day, Alerts dropped his impressive debut “The Prisoner” track produced by Simplex of Terra Firma. With the captivating visuals to the song executed by Josh Davis & Heath Kerr (Heata) of 1984 Films, the 4:20 minute offering has been played over 42,000 times on YouTube alone – a strong effort for his first independently released, unfiltered track.

Following a busy period of extensive performances across the country, the in-demand follow up was the three and a half minute “Get It” single released in June 2019, again produced by Simplex. The continuity in production work of the pairing of Alerts and Simplex sounds and feels like a natural fit and served as popular follow up to the breakthrough The Prisoner track. The music video is again Executed by Josh Davis and Heath Kerr of 1984 Films, really showcasing their diverse talents behind the lens. Get It also spawned a recent remix by Simplex, providing a fresh take on a heartfelt track.

Stay tuned – more Alerts music on the way soon, from the Southside to nation wide.