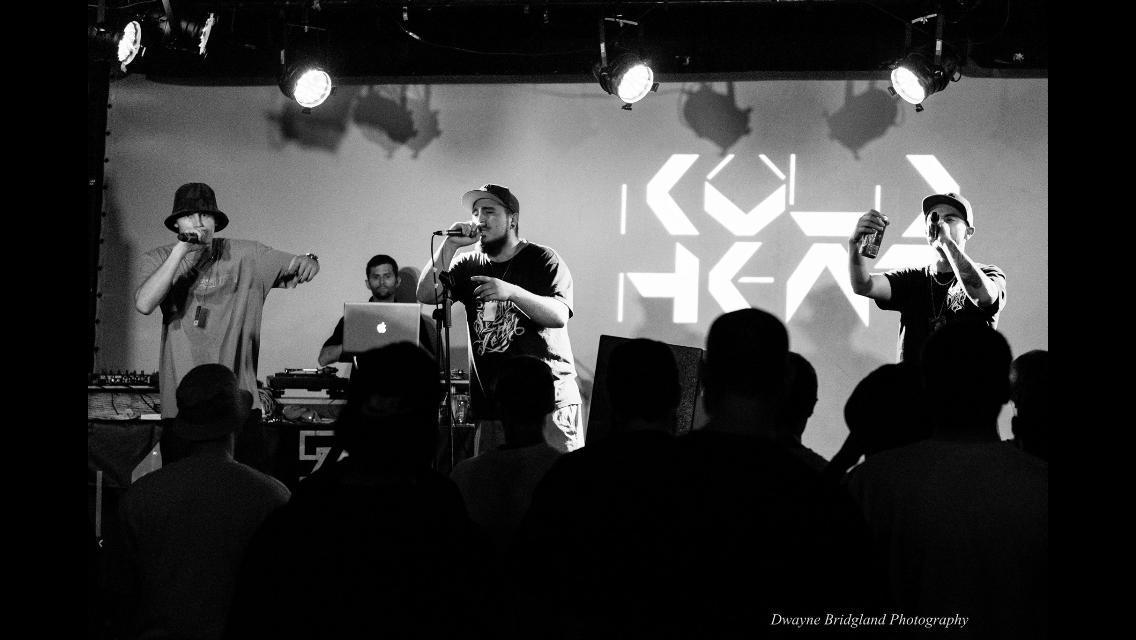 The name is Exit Strategy but the aim is to remain in the game and based on the strength of their latest release, you wouldn't expect them to be heading for the back door just yet. The new LP Seventh Dimension is the first full-length release from the boys outta Brisbane, something they consider to be a conscious riddle wrapped in a rap of a deeper focus like some hypnotic enigma that suitably frames the character of Exit Strategy.  OHHS goes in on the members, untangling each record like a bunch of tied cables, from guest features to beats layered and lyrics unfolded to the strong influences that have helped with this almighty creation of this auspicious local hip-hop album.

Congratulations on delivering the debut album. It really is an old fashioned body of work, cohesive tracks that fit together like a story. How critical were you guys of the album when it was in your hands?

Insideus: Cheers! It was scrutinized heavily when picking tracks from a list of roughly 22. The aim was to end up with 12 songs, each being different enough from the last to keep it interesting for the listener. We spent a good amount of time discussing which were the best picks out of any that sounded marginally similar to each other. It was a good feeling to finally sort the puzzle pieces into a picture. I'm stoked on how it turned out.

Your lyrics have a very broad scope to them, very globally-aware rather than being personally-reflective or environmental, in terms of rapping about your world, your town, etc. Is that a purposeful style the group has adopted?

Insideus: We've seldom spoke about a particular style to adhere to as a group. Our overall sound (lyrics, production etc.) from beginning to now has been more of a natural progression of picking beats, bouncing ideas and forming track topics we can each grasp in our own way. I think we push each other into putting a good amount of effort and substance into our verses, on some friendly competition shit haha.

God damn! Those lyrics pretty much sum you guys up, right?

Audacity: This is pretty much my mission statement when it comes to making music and I'm sure it's the same with the other boys. In short, I'm basically saying, we are inspired by the pioneers that led the way for us, and we honour them with our brand of music. We believe knowledge is something that is often overlooked in the current scene and we won't be dragged down by that. We treat our music almost on a spiritual level, putting our all into it and leaving a part of ourselves on the track. Audacity: Yes, we have always been inspired by artists that speak on a more conscious level with a hidden meaning behind what they say. We try to portray this from our own perspective in our music. And for the listener, it can be seen as a puzzle that often takes a few listens to grasp the message.

Elaborate: Seventh Dimension took around about two-and-a-half years to make including the tracks we didn’t use, and in that time i think we all grew personally, mentally and musically. Seventh Dimension pretty much paints the canvas.

As you would know, the most talked-about rap tracks in Oz hip-hop are often the simple and more relatable party raps and anthems, something more from Drapht or Seth Sentry, say. Do you feel any lack of connection from fans because the content of your music is more big-picture and not  anthemic of something more-relatable to them?

Audacity: Not at all, that type of music has its place. Not everyone views music in the same way that we do, and we realise that not everyone wants to hear what we have to say when trying to push a deeper message. This is why, on seventh dimension, we have added such tracks as "The Strategy" to diversify the release and make it a little easier for listeners to relate.

Collaborating with Dwiz seemed an organic match on ‘Web Of Lies’. Is it important that you’re on the same page on a song idea with outside guests (like Rezedent and Mata) or do you let them interpret the idea in their own way?

Audacity: I think we picked those guys because their music is in the same vein as ours. So yes, we did let them interpret the idea in their own way, but it blends well because of the similarity in styles.

Insideus on the beats. How does the process start for you when creating a track for the album? And how early on do you know whether you’ve got an album hit or an EP/mixtape banger?

Insideus: I don't necessarily start making a beat with a destination for the track in mind, it's more so trying to make anything that sounds dope at that time from what I can find on old records. When i end up with something decent I send it to the Elaborate and Audacity and if we're all feeling the beat it becomes an Exit Strategy track.

What feeds the creative kernel to a song idea, the beat or the lyrics first generally?

Insideus: For this album we were mostly forming concepts after hearing the beats. Usually one of us would come up with an idea, write a verse, show the others and they'd follow along and build on the topic.

On the opening of ‘Glasshouse’ sounds like Son Doobie. Who else influences the music behind Exit Strategy?

You’ve supported Masta Ace, RA Rugged Man, Taskforce, High Focus and shared stages with hometown heroes 750 Rebels. How much of the live performance comes into the thought process when you’re creating tracks for the album?

Audacity: If I'm honest, for me, there is no thought about that at all (lol). We just make what feels right and go from there.

Elaborate: I second that, every crowd is different so it would be unrealistic for us to produce a track made to cater for a crowd. For us, we tend to figure what tracks go well live after we’ve performed it a couple times.

Any new music on the way?

Insideus: At the moment Elaborate and Audacity are working on solo EP's produced by me and I'm working on a production release with various artists on the rhymes. A new Exit Strategy project is definitely on the cards though.

Elaborate: All of us have features on a few upcoming local projects as well so keep an eye out for them too.

Where can the people get this album along with other releases?

Insideus: We have recently released 'Seventh Dimension' on 12" vinyl. Heads can cop it from exit-strategy.bandcamp.com and ozhiphopshop.com as well as our previous EP's as digital downloads.

Elaborate: The Seventh Dimension wax is also available at limited stores - Rockinghorse Records in Brizzy, Clinic 116 in Adelaide, and Rarekind Records in Brighton for the UK heads.

Cheers boy's been bangin the latest release and can't wait for the new stuff to drop.

Cop some of Exit Strategy's music from the links below.

Keep up to date with Exit Strategy via the links below. 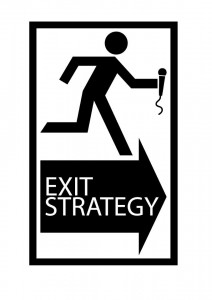