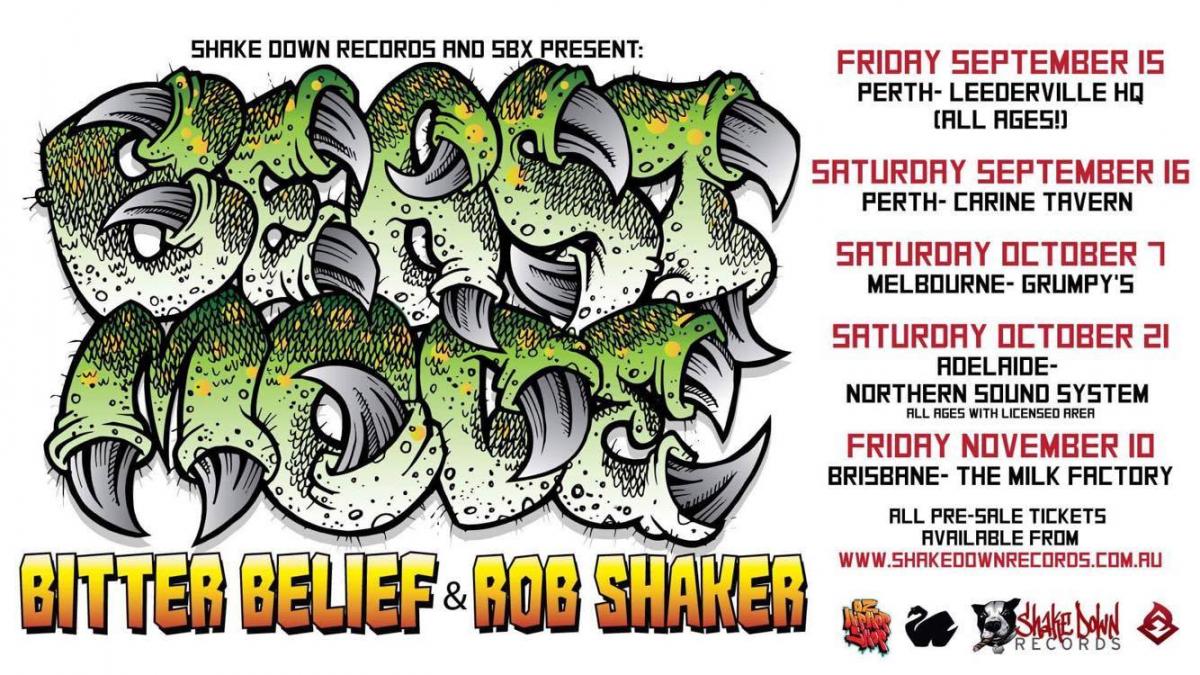 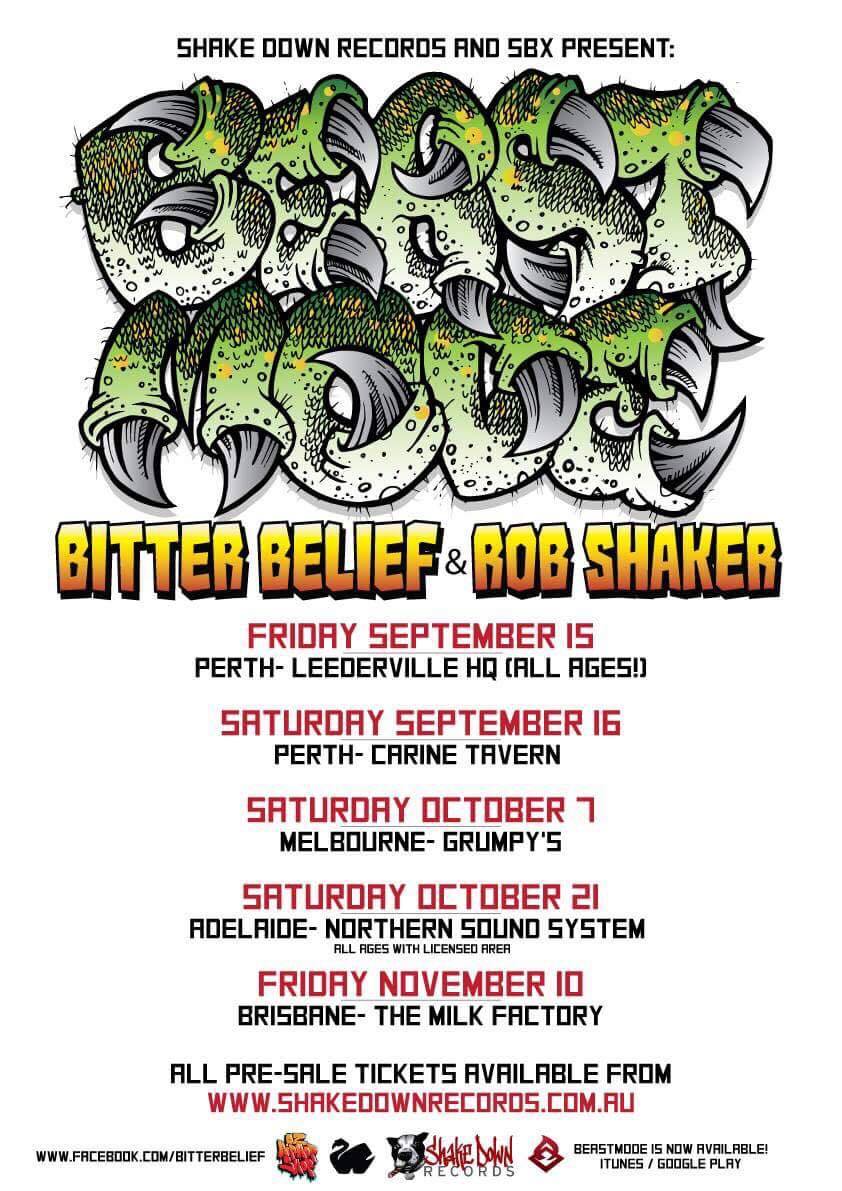 THE ALBUM THAT GOES FROM ZERO TO BEAST MODE AS SOON AS THE BEAT DROPS.

This West coast's Bitter Belief, who, from the age of only 14, opened his rhyme book penning lyrics to bring to life the cuts and bruises of his own cousin’s rough experiences found his motivation and through wordplay has never put the biro to rest, has just announced his national tour. Bringing along with him is super producer Rob Shaker and one part of the Syllabolix fam whose handy work behind the boards and across his catalogue of credits helped craft a horde of Australian hip-hop’s most notable talents. Working out of the studios where every nut, bolt and panel is tailored to suit the signature Swan sound, Bitter B and Rob Shaker embark on the first national tour from Shake Down Records.

FROM THIS MC/DJ DUO, THEIR “APPETITE FOR DESTRUCTION IS SET ON AUTOMATIC” - A RELENTLESS ASSAULT FROM TRACK ONE TO THE CLOSING STATEMENT.

Packed with a massive showcase of local supports this tour is set to leave the fans wanting more as the powerhouse that is Shake Down Records comes to town.

From the long-serving Swan veterans across Australia’s arid hip-hop climate, the return of Bitter Belief and Rob Shaker’s dominance has the nation battening down hatches for what is set to be a massive tour. 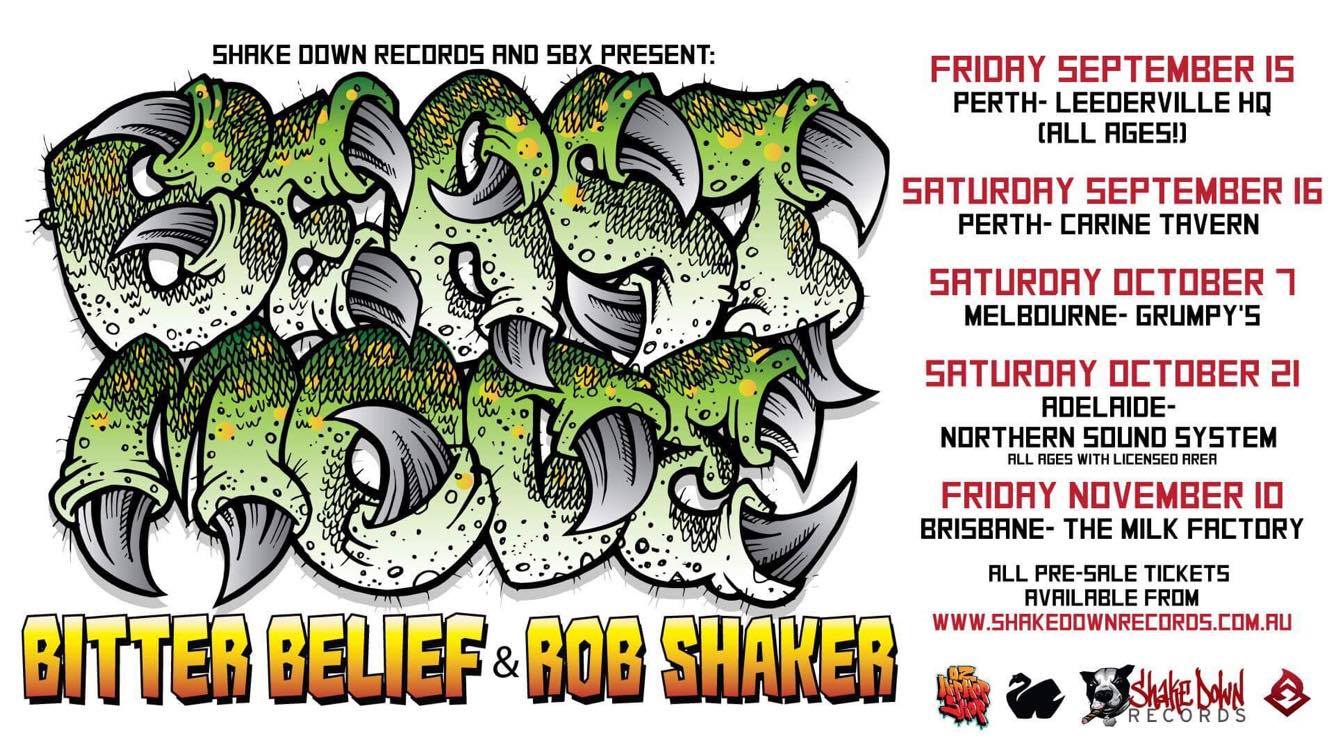 All presales are only available through the Shakedown Records store (Link in the comments) except Adelaide which is at through Moshtix.