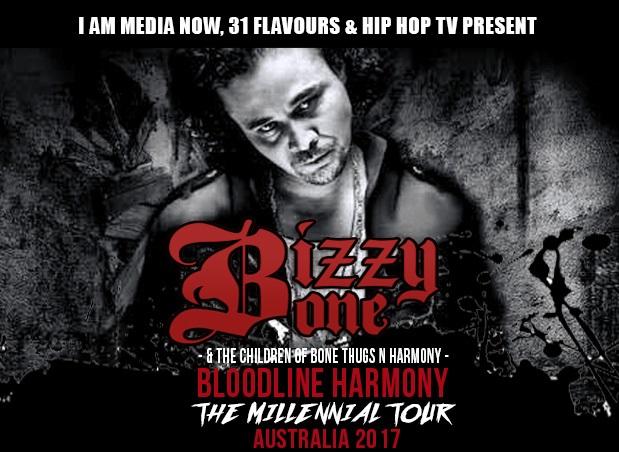 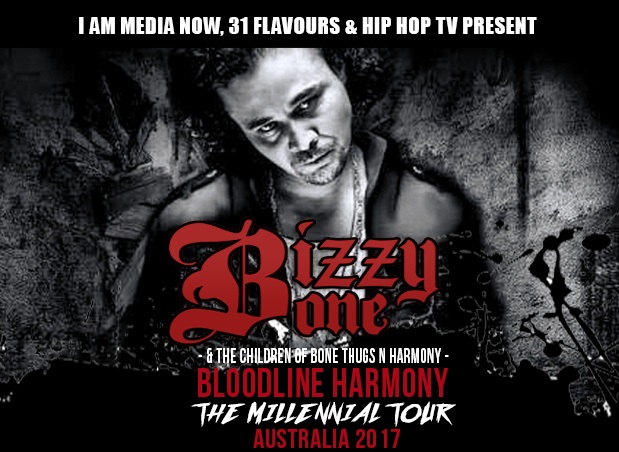 In 1996, straight outta Ruthless Records and signed by Eazy-E, Bone Thugs-n-Harmony dropped their highest-selling single Tha Crossroads which became instantly the hottest hip-hop single of the 1990s, awarding them a Grammy for Best Rap Performance by a Duo or Group and taking out the number one spot on triple j’s Hottest 100. Twenty years later, the five sons of Cleveland, Ohio have sold over 50 million albums worldwide. After several breakups and reunions, arguably the rap super group’s most popular member, Bizzy Bone, will be doing a series of exclusive shows Across Australia introducing the "Children of Bone Thugs n Harmony" aka Bloodline Harmony as special guests.

Bloodline Harmony brings forth the Bone Thugs Next Generation movement. The ambitious Rap/Hip Hop artists are set to build their own history in the international rap game as well further the legacy of Bone Thugs, continuing the "Legendary Eternal Torch" of mid-west harmonised gangsta rap perfected by their family members in across the industry. Born and bred from the cities of Columbus and Cleveland, Ohio, much like the members of Bone-Thugs-n-Harmony before them. Originally called Bloodline S.T.I.G (So Throwed In The Game), they are comprised of Young Bone and Lil Bizzy, sons of original Bone Thug member Bizzy Bone, and his nephews Goldee, Young Cleve, and So Throwed. Celebrating their new single The Good Life (featuring Aaron ‘D-Boyy’ Dissell) the group will join Bizzy Bone on the world tour, including Australia this coming January.