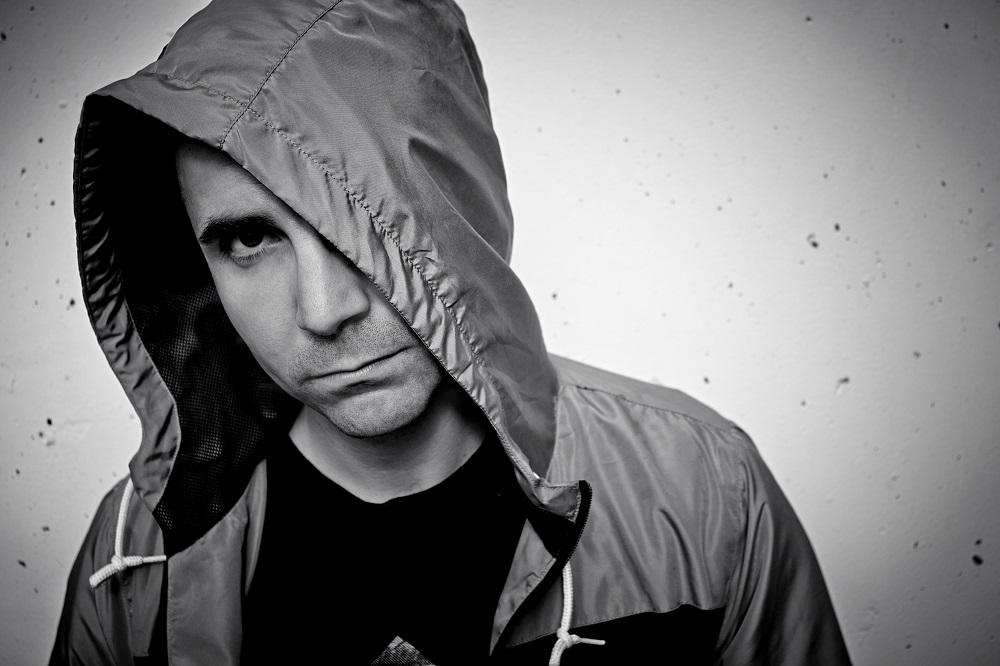 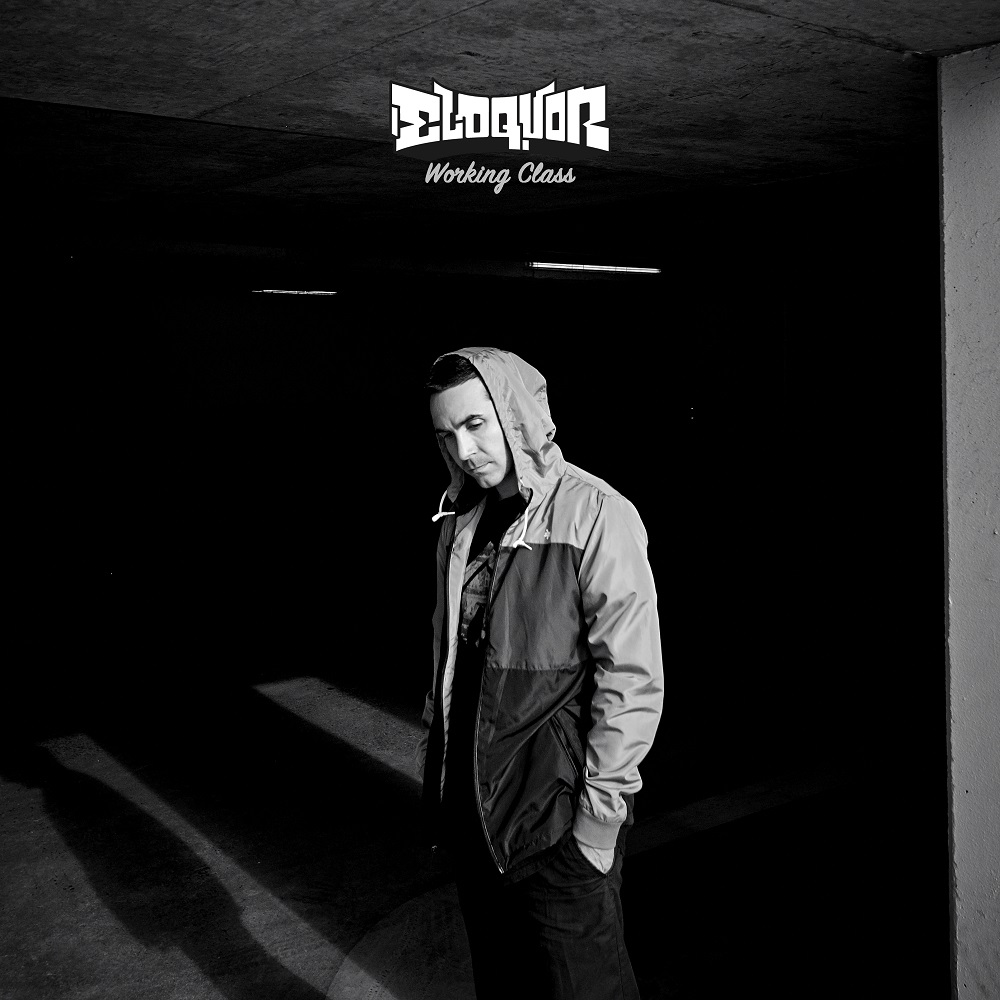 ‘Working Class’ finds the Melbourne-based hip-hop powerhouse teaming up with ARIA award winning producer Cam Bluff for an up-tempo stadium anthemic belter. Where Jimmy Barnes left off with his 1985 ‘Working Class Man’ classic ballad, Eloquor readdresses the issues still kicking our arses 31 years on. From the lips of one of Burn City’s most realest emcees, the venomous bars scar deep for most of us on this joint.

and earn more than ten men/ but work less than one man.

Written during his lunch breaks in and around Melbourne’s Balaclava, St Kilda and Prahran suburbs, Eloquor spoke about what his major influence was to write the track, wanting to create a track that speaks to the majority of Australia’s hard-working nation, those he regards as being in the same boat as him grinding away at a paycheck.

“I feel proud of the hard work I do and I wanted other people in my situation to be proud of the energy they put into paying the bills and keeping their head above water.”

Check out the brand new single 'Working Class' and interview from Eloquor below.

Eloquor, what’s good? You’re a working class man, as your new track suggests, what has this interview caught you in the middle of, today?

Well its Friday night, kids are in bed, the Missus is asleep and I'm having a glass of Shiraz and some Cadbury Dairy Milk. A possum is outside my window making some racket.

Working Class- a highly relatable, new joint. It’s reverberating off the walls in the office of OHHS since we were privileged to have had a sneaky at it through the speakers. Can you briefly run down the song, the process you went through to come up with the theme of it and what it represents?

I'm sometimes jealous of rich folk. The peeps with nice rides and pads and high incomes. It shits me that I have to bust my nuts just to get by while others have it way easier. I guess I just wanted to write a track for people in my situation to feel proud of being a hard working Australian.

Has this any relation to a hip-hop take on Cold Chisel’s classic Australian ballad?

It does thematically, and I do love a bit of Chisel but I based it around my own experience and the experience of my close mates.

Previously, you’ve worked with staple beatmakers Jase, Doc Felix through your catalogue. What made you change up to getting Cam Bluff on board for this?

Jase and Doc make dope beats. They are true legends and deserve mad respect. I do like to mix it up though and see what other local producers are up to. I heard one of Cam Bluff's beat reels and just had to buy a few. Cam has lots of change ups and bridges in his production which are quite challenging and fun to write to. Plain and simply Cam Bluff makes Boss beats.

Did he have the right beat that fit or did he craft something that suited your idea?

Yeah he sent me about 40 beats and there were three in there that I just had to buy. He is a genius. So damn fresh.

Album release next year will mark 10 years in Australian hip-hop for you. What does that mean to you, hitting such a milestone?

I'm proud of myself brother. I remember starting this rap game with the goal of being a well respected MC and smashing shows around the country. I can happily say that I've achieved what I set out to do. That's not to say that I haven't concocted some new goals though. There's plenty more to come! 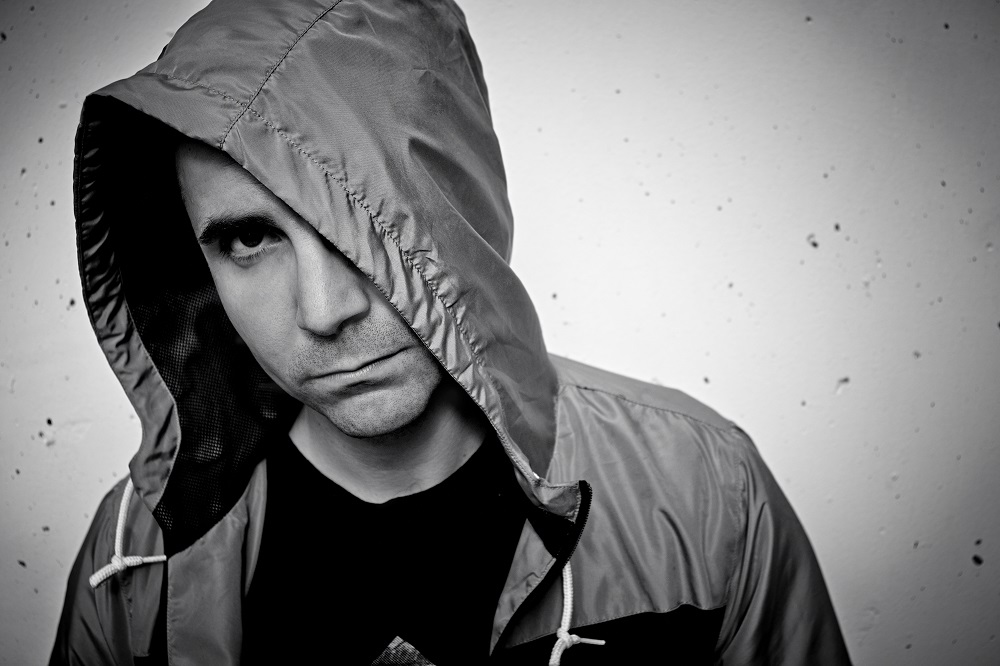 What would you say has been the most noticeable growth factor in the maturity of your records dating back to 2007? Both lyrically and production-wise.

Lyrically I'm not afraid to have a bit more fun with it. I like exploring concepts and fantasy a lot more now. I guess I used to write more about hope, dedication and persistence. My tracks were a bit preachy and righteous where now I'm more about ideas and stories. I've also produced one of my own tracks on this new album which is a nice achievement.

From the single Working Class to the title of your next album, Lunch - the concept seems to wrap around the 9 to 5. Does the rest of the album speak to the same shared struggle?

I've got tracks about temptation, women, ego, God, happiness, and troubled youth. Topic-wise its quite broad. I wrote most of the album during my lunch breaks at work, so the album is a collection of my thoughts during lunch.

That working man’s livelihood is possibly the most common thread this concept has with your fans, what do you hope listeners take away from this album?

I just don't want people to feel alone in the struggle. I want others to know that I often find life a painful and confusing experience, and if they feel the same way then they are not alone. We are in it together. Suffering together, and laughing together.

You’ve kept a heavy guest list of collaborators, MCs and producers in your albums - apart from Cam, who did you break bread with on Lunch?

I've got some guest verses from Reason and Ruste Juxx. Most of the other tracks are just my bars. Regarding production, I've worked with Simplex, 76, Jase, and Cam Bluff on this project. There are a few ripper hooks from some talented local artists as well.

Speaking of past collaborators - your old running mate Briggs, with Trials, is doing big-tings with AB-Originals. As a pairing, they seem to be making full use of their strength of music to move a message out to the masses on the injustices and historical inaccuracies of our country’s story. As an educator yourself, what is your take on the concept of what they are doing now?

I think they are empowering young Indigenous Australians with their tracks. They are great blokes and crucial role models for many Aboriginal youth. I have nothing but love and respect for Briggs and Trials. It important for us to acknowledge the past and move forward together to build a unified Australia.

The next presidency affects the world we live in, well outside of the U.S. I’m not going to ask which candidate you would choose (if you were an American voter). However, I do want to ask that if you were to sum up this current state of affairs we’re looking down the barrel of?

I've had a few interesting conversations about this. What I've found is that many people are intrigued by Trump and curious to see what will happen if he wins. I personally think if he wins we are headed for WWIII.

Thanks for your time mate we look forward to what the future holds.

Keep up to date with Eloquor through the links below.