Brendan Tuckerman From Thundamentals Talks About The Groups Recent Success 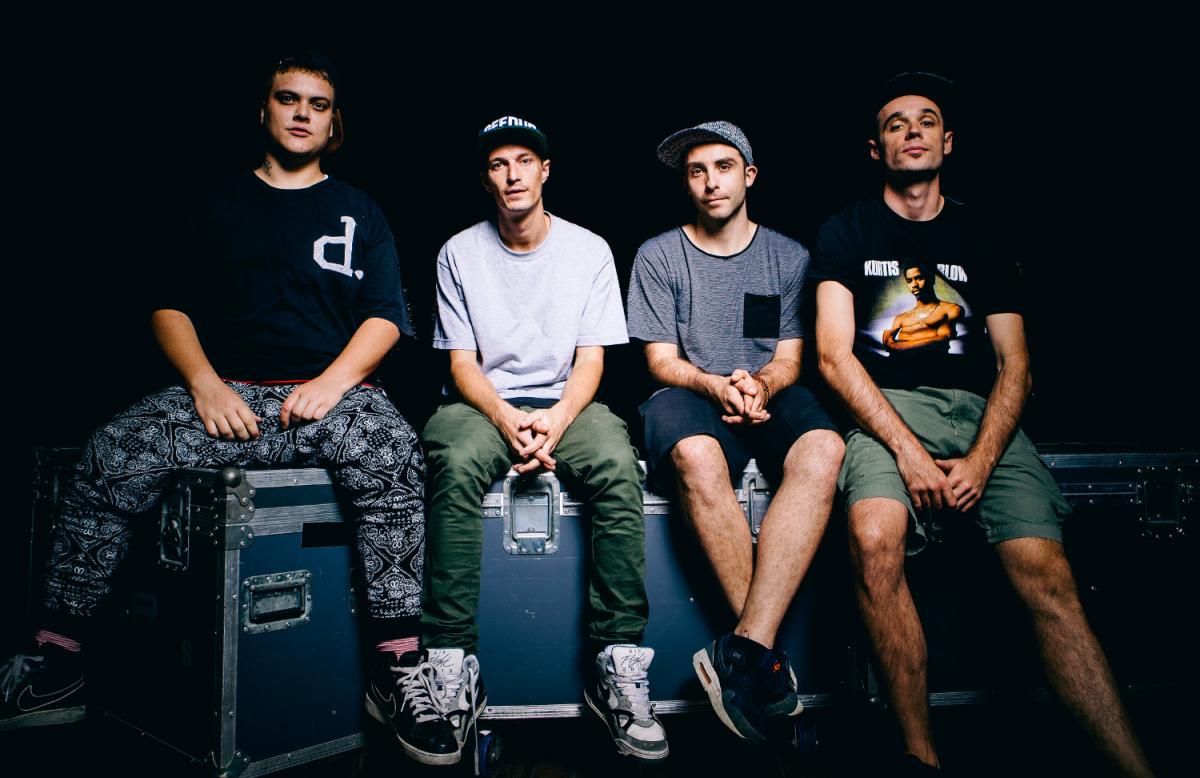 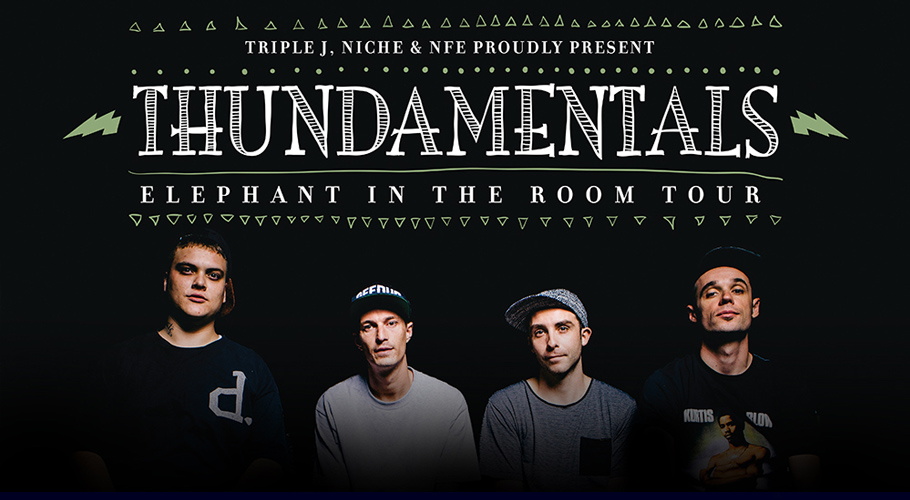 STILL ON THEIR ELEPHANT IN THE ROOM NATIONAL TOUR, THUNDAMENTALS HAVE BEEN SURPRISED BY THEIR EXPANDING POPULARITY. BRENDAN TUCKERMAN EXPLAINS TO RIP NICHOLSON HOW THE OBESE TRIO CHOOSE TO USE THEIR EXPANDING PROFILE.

The tour has grown to a massive 25 dates since it started. Although, considering the Thundamentals’ last album, So We Can Remember, debuted #3 on the Australian album charts and numero uno on the ARIA urban charts, such demand for shows should have come as no surprise to the rap crew from NSW’s Blue Mountains. Yet, “We’ve been blown away, we didn’t expect it,” Brendan Tuckerman aka MC Tuka admits. “When we first released the shows we had 11 venues, then three weeks later we got hit by so many other places that wanted us to play. The Corner sold out three times, the Capital sold out twice, The Zoo sold out twice and the Manning Bar in Sydney sold out twice. It was, like, 1,400 people in Wollongong – it was crazy for us. We’re not used to that. Last time we went to Wollongong there were like 90 people. It was just a beast this tour.” 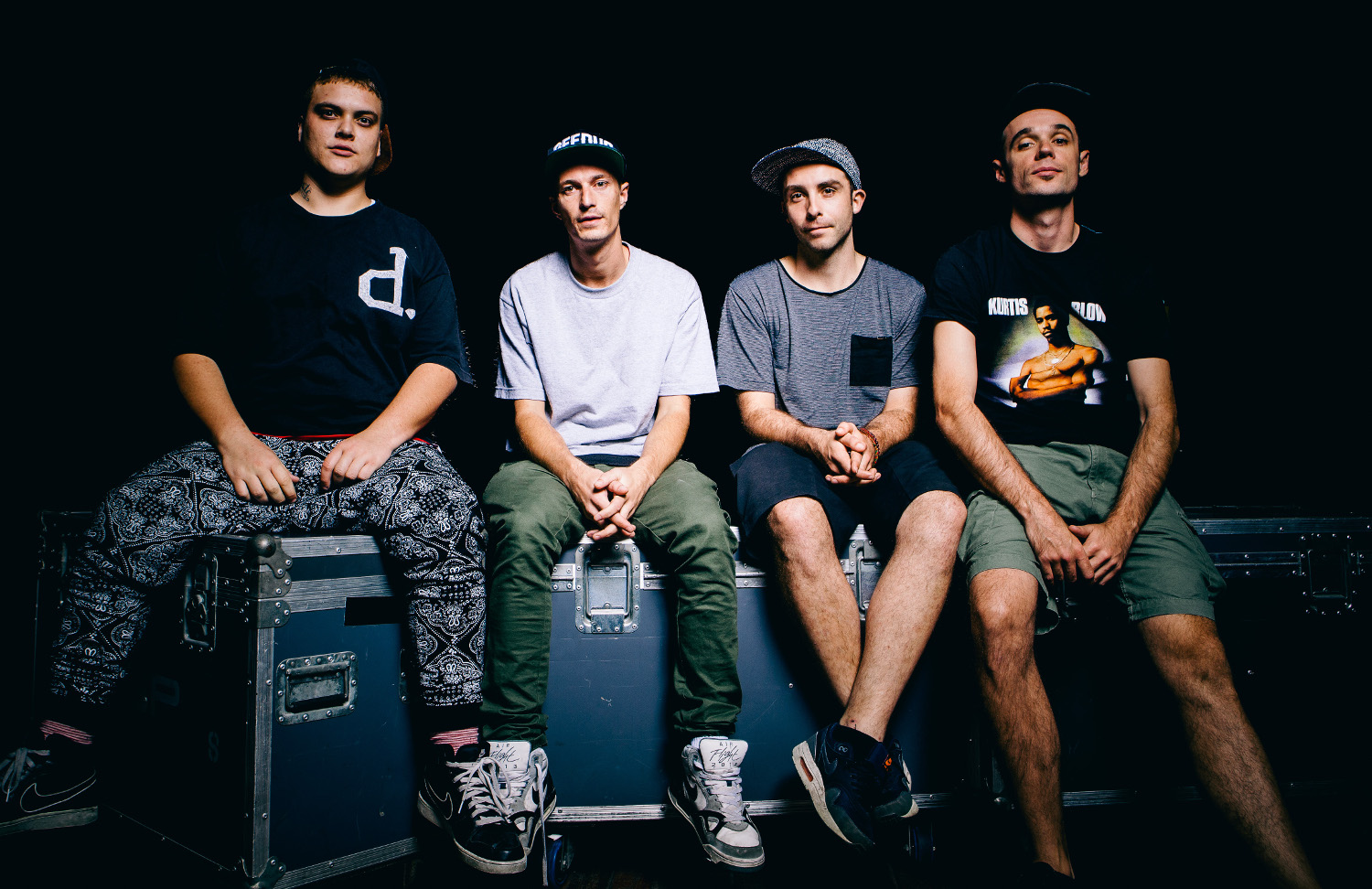 Despite it often translating into revenue in their back pockets, expanding the fanbase is not how the Thundamentals measure their success. Earlier this year, they were appointed Welcome To Australia ambassadors and designed a ‘Got Love’ band T-shirt with 100% of proceeds going towards supporting asylum seekers. “As long as people understand this is not why we do it,” Tuckerman stresses their focus on using their platform for a higher cause. “We have a particular belief system that we roll with and we try not to preach it. But it’s nice that we’re reaching these new markets to understand the depths of the issue. It’s gotta be more than being crazy pumped for playing shows. We have this social responsibility but more like a social observation that will be recycled back into our music.” As Tuckerman prepares for his fourth solo album to be released through EMI mid-year, the irony of Thundas’ involvement in the entertainment industry’s capitalistic machine is not lost on Tuckerman as he explains the balancing act they’re obliged to partake in. “George Clooney was putting his hand up to help the world at the same time he was making these blockbuster films and obviously leaning on a lot of third-party, capitalistic corporations. And, being in the entertainment industry you can’t but be a victim of circumstance to make money. Like, the clothes we wear are made in China for a start. There’s a duality going on here and we see it as just a balance. If we’re going to benefit from this energy that’s fucking the world over, then we’re just trying to find a happy medium on the other end. We’re stoked that people want to come out and support us. It’s a lot of fun, especially those big stages where you do get access to a crazy amount of people who have probably never heard us, because you’re sharing with other artists’ fan bases.” 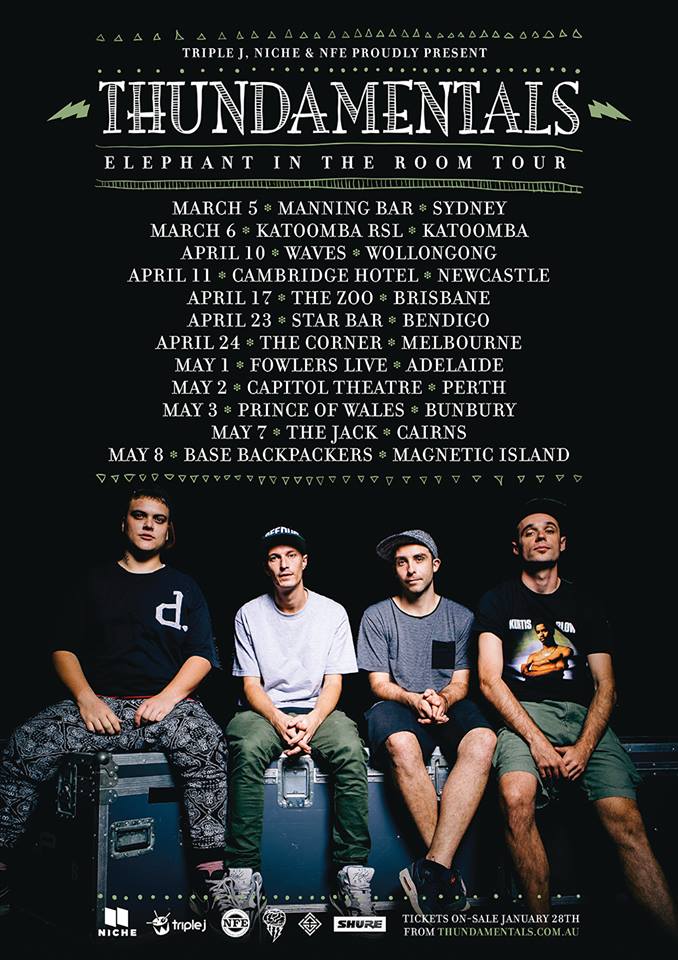