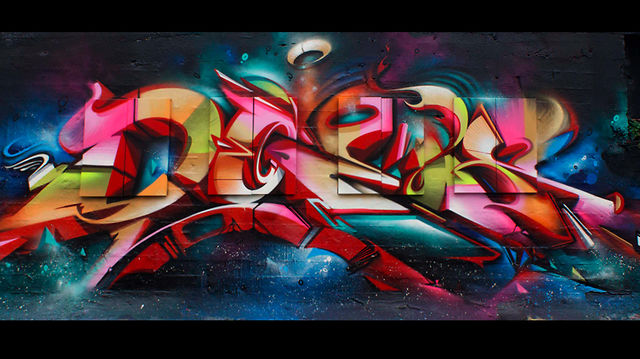 The First official video for the project 'Endless Perspectives'.

Does traveled to several cities to paint canvasses incorporated into murals. His journeys were documented by cameraman Stephan Polman who accompanied Does during his travels to each of these cities. After returning from their travels Rube Parthoens jumped in to edit the footage and Blankeroy started cooking up a tune to match the respective city. The results of the project will be shown during an exhibition on April 5, 6 and 7, at a construction site in the centre of Melbourne.