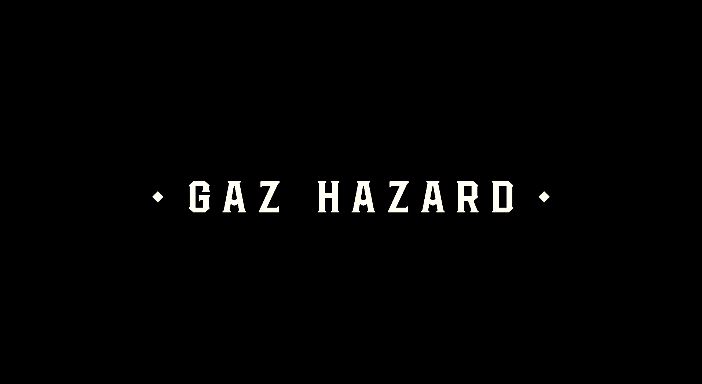 Karsniogenics are proud to present the new song and video for Gaz Hazard - 'The Blueprint'. 'The Blueprint' is Gaz's long overdue announcement to the Brisbane-based Karsniogenics revered roster. Haz's sophomore album is slated for a late 2015 release so in the meantime (and in between time) check the Heathen Steelberg helmed visuals for 'The Blueprint'.

We caught up with Gaz to ask a few questions about the clip and being signed to Karsniogenics.

In your own words can you tell us about your new clip?

The new clip/track was designed basically the way I approach most projects. Start with a plan, the right beat, the right verses, the right cuts, the right production and just execute the plan. Hence the name 'The Blueprint'. Akidcalledchubz and Dontez on the production with that hella nice beat it just all came together quite easily. (The) clip was shot cut and stabbed by Heathen Steelberg aka Overproof with my CRS brothers with some cameos. Simple but effective.

You have just been signed to Brisbane label Karsniogenics. That is really good news, can you tell us about that?

Being offered a spot on the infamous Karsniogenics label was very humbling with guys like Lazy , Jake Biz , Ken Oath, Overproof just to mention a few already repping the label it was an easy decision. I have always really just done my own thing when it comes to music but always have the CRS brothers Servo and Porse involved, so now we just doin' what we love to do just flying the Karsniogenics flag while i do it. I grew up with half the label anyway so i already had there respect which was dope.

What can fans expect from you in the future?

The future looking good for sure, my new LP is in its production stages at the moment. The main thing I always concentrate on is making sure production always steps up another level with each release. We're definitely heading that way with some heavy hitters already involved in my new project. With the loss of one of the originators of our crs crew Rip Bezrock our goal is simple, create and release an LP he would be proud of. We will always keep it original and never curb our style for anyone. We have the Brisbane Kold Heat Launch coming up so expect to see me with Servo and Porse pulling out a few CRS classics also some new tracks from myself and Porse as well......Stay Tuned.

You can check out the new clip below.