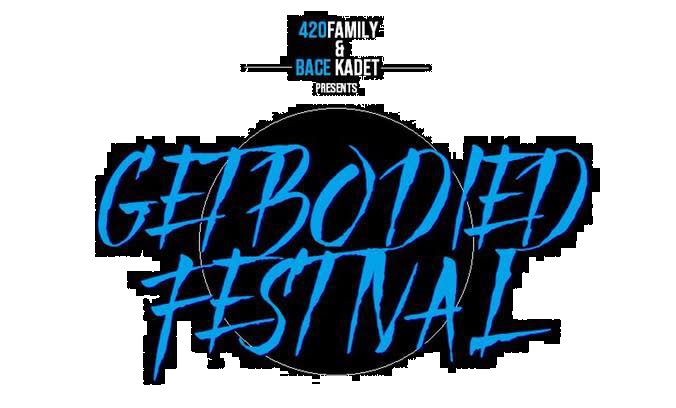 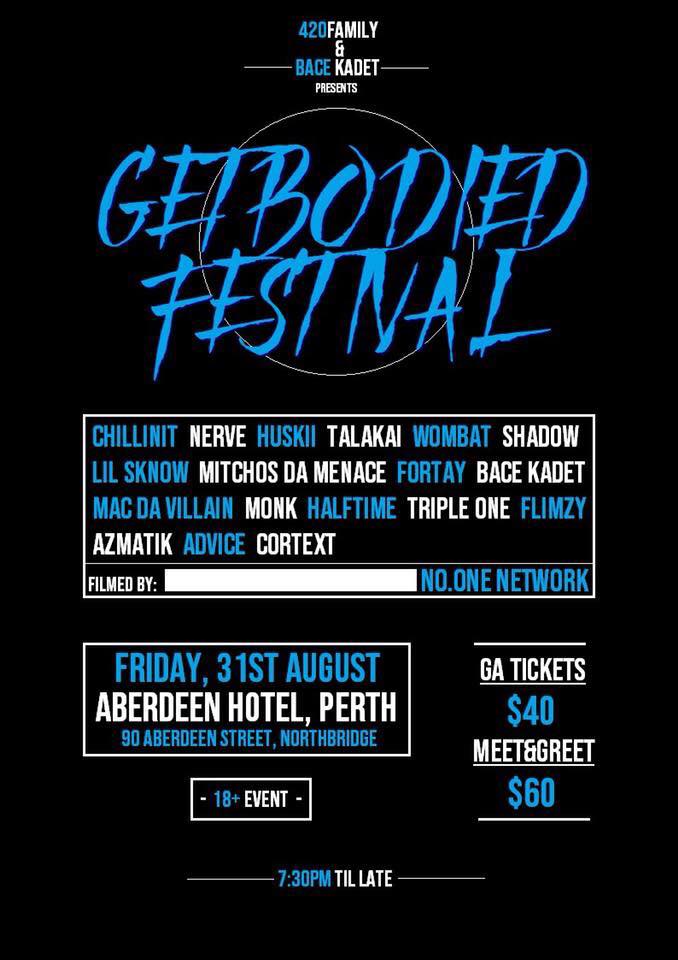 After sold out events in Sydney and Brisbane, Get Bodied will be hitting Perth for the first time in August.

Uniting Australia's fiercest rap and grime artists, Get Bodied has become a true underground movement that's been tearing up and down the East Coast with blistering success. Now, it's time for Get Bodied to hit the West Coast, with a show at The Aberdeen Hotel on August 31. The country's best independent emcees (and some hometown heroes) will he spitting from 7:30pm to late, with Mac Da Villain and Bace Kadet on the decks, as well as NO.ONE Network filming all of the action.

This event will sell out - come on down and see what the fuss is all about.