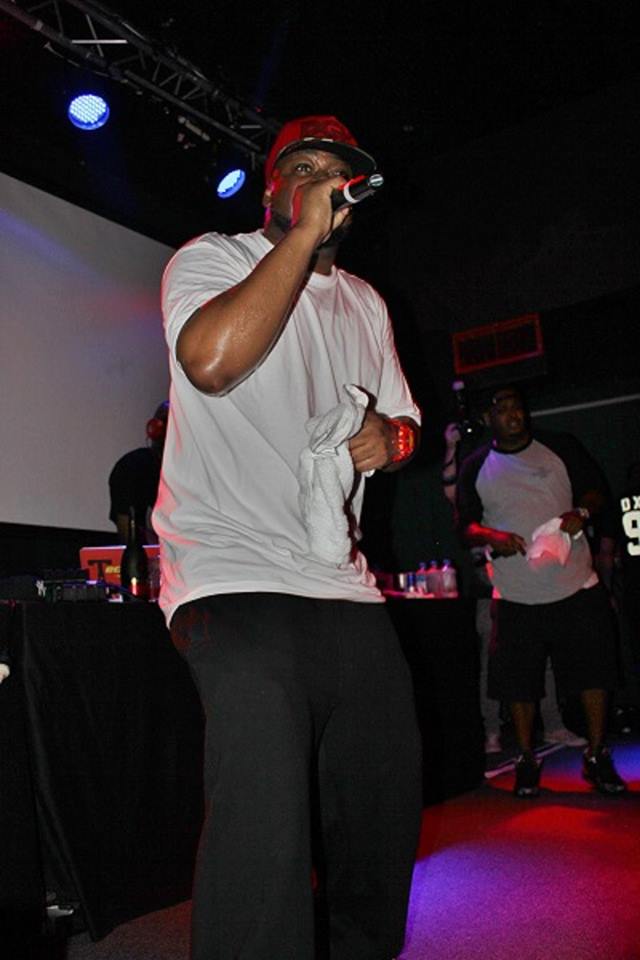 Ghostface Killah made it known that he’s travelled 22 hours to showcase the cult hero rep that comes from being a member of the Wu-Tang Clan. Short of wearing an official Wu-cut jacket, he banged the Clan to the fullest as did DJ Butcher and the Born Fresh fam.

DJ Butcher played trap-beats to a stream of Ghost fans entering the chamber that is the Woolly Mammoth (formerly Mercury Bar) in the Valley. At 9.30pm, crashing the stage in numbers, Joe Ave, I Am D, Prophet Rayza and the rest of Born Fresh all took the stage in a posse flex, prowling the stage, jumping in and out of a half-rehearsed cipher-style performance – and a very fucking solid one at that. Even Butch stepped out from behind the decks to spit a 16.

Technician The DJ opened up for Ghostface Killah who had, by 11.30pm, appeared from the slums of Shaolin, taking the stage to a wave of Wu-hands saluting the presence of a Clansman in Brisbane. Ghostface shuffled through a throwback of verses opening on Rae’s Only Built 4 Cuban Linx... flavours of Ice Cream before bringing out Sheek Louch (Lox, D-Block) to play hype man. Despite the lighting techs getting barked at for too many stage lights, a tender moment came when Ghost poured out Gladys Knight & The Pips to house lights off and cell phones brightening up the room, the sample for which forms the 36 Chambers classic, Can It Be All So Simple.

Putting to task Bris City’s Wu-Tang cult-strong front row, Ghost invited only real-spitters to perform Meth and ODB’s verses on Protect Ya Neck, when two MCs, both formerly of Pure Product, were picked from opposite corners; you couldn’t make this up. They did an outstanding job that even shook Ghost’s expectations. This raised the level from nine to 11 on the Richter scale. Shit got real after that as Sheek Louch revisited the good ol’ days of Biggie and Bad Boy before Ghost snatched back into the Wu setlist.

By 1am, inviting all loose Beckies to jump onstage so the audience can watch a 44-year-old man grind against a barely-18 girl was about as impressive as realising that ten thirsty girls running amok onstage had caused a bottle of liquor to spill over Tech’s laptop making Ghost go a cappella on his feet and filling the tech-downtime with local MCs eager to show and prove. Ocean and Born Fresh’s Joe Ave did just that. Things seemingly got back on track for a rough and dashed finale, neglecting to end on the planned Greedy Bitches, but not before inviting everyone to join them after for drinks. Great night. Support acts made the Bris City hip hop scene look fucking ready.