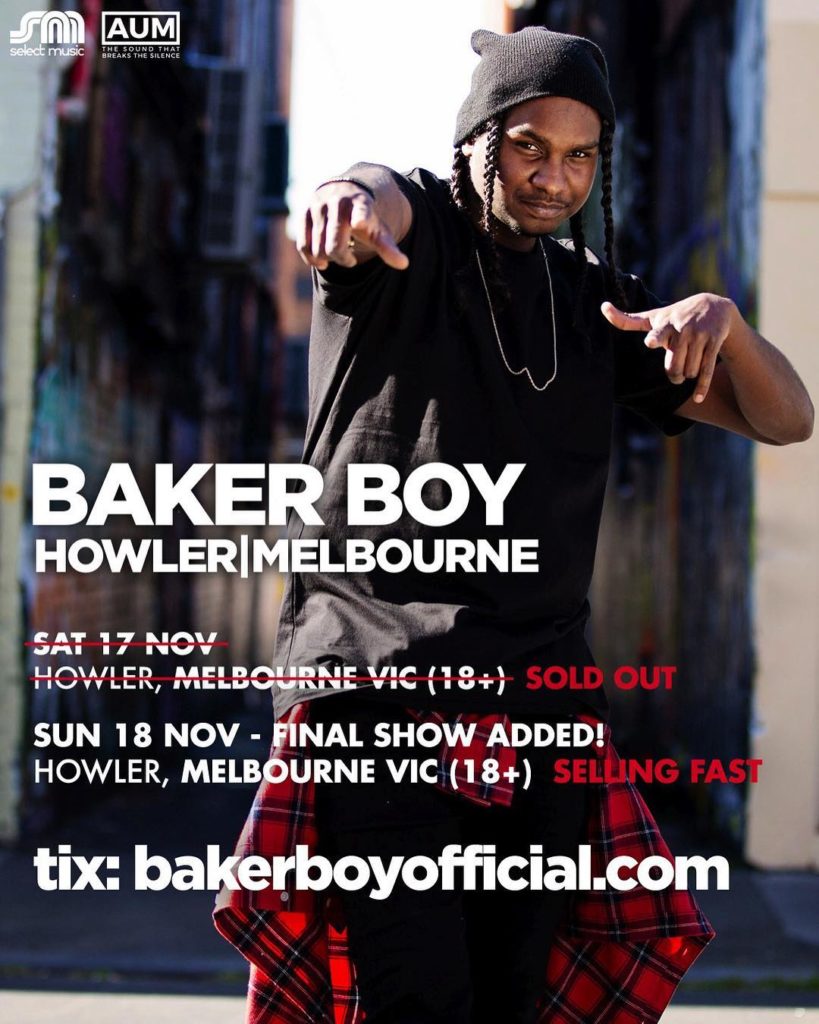 It's been a phenomenal 12 months for the artist commonly referred to as the "fresh new prince from Arnhem Land" Baker Boy. The rapidly rising star catapulted into 2018 with two of his songs - Marryuna and Cloud 9 - winning their place in triple j's Hottest 100. He has supported International legends 50 Cent and Dizzee Rascal, played at prime festivals Laneway, Splendour, Golden Plains and WOMADelaide to name a few. Last May, Baker Boy sold out his first national tour before heading overseas and wowing audiences at Norway's Riddu Riddu festival; the largest cultural festival in the northern hemisphere.

In a sign of appreciation to his fans and good fortune Baker Boy is celebrating with a fistful of shows in his home-towns Melbourne, Castlemaine and joyfully Yurrwi (his cultural home in N.E. Arnhem Land NT) before he comes off the road to start creating new music and new choreography.

Baker Boy will release his fifth single to sync in with these gig dates. Titled 'Sweat Limit', he wrote the song about working hard to achieve dreams. "When you're tired and feel like staying in bed, you have to push yourself to keep going to manifest [goals & dreams]. You gotta put in your full life force, go beyond all your limits to become all that you are, you gotta get to the stage you sweat" says Baker Boy. 'Sweat Limit' will be released on October 12th.

Performing a bunch of gigs, including two for his many fans Under 18, Baker Boy closes his first cycle-of-music with the following shows - kicking off with a show for his vast family in the remote Aboriginal community of Yurrwi [formerly known as Milingimbi, pronounced YEE_REE_WE]