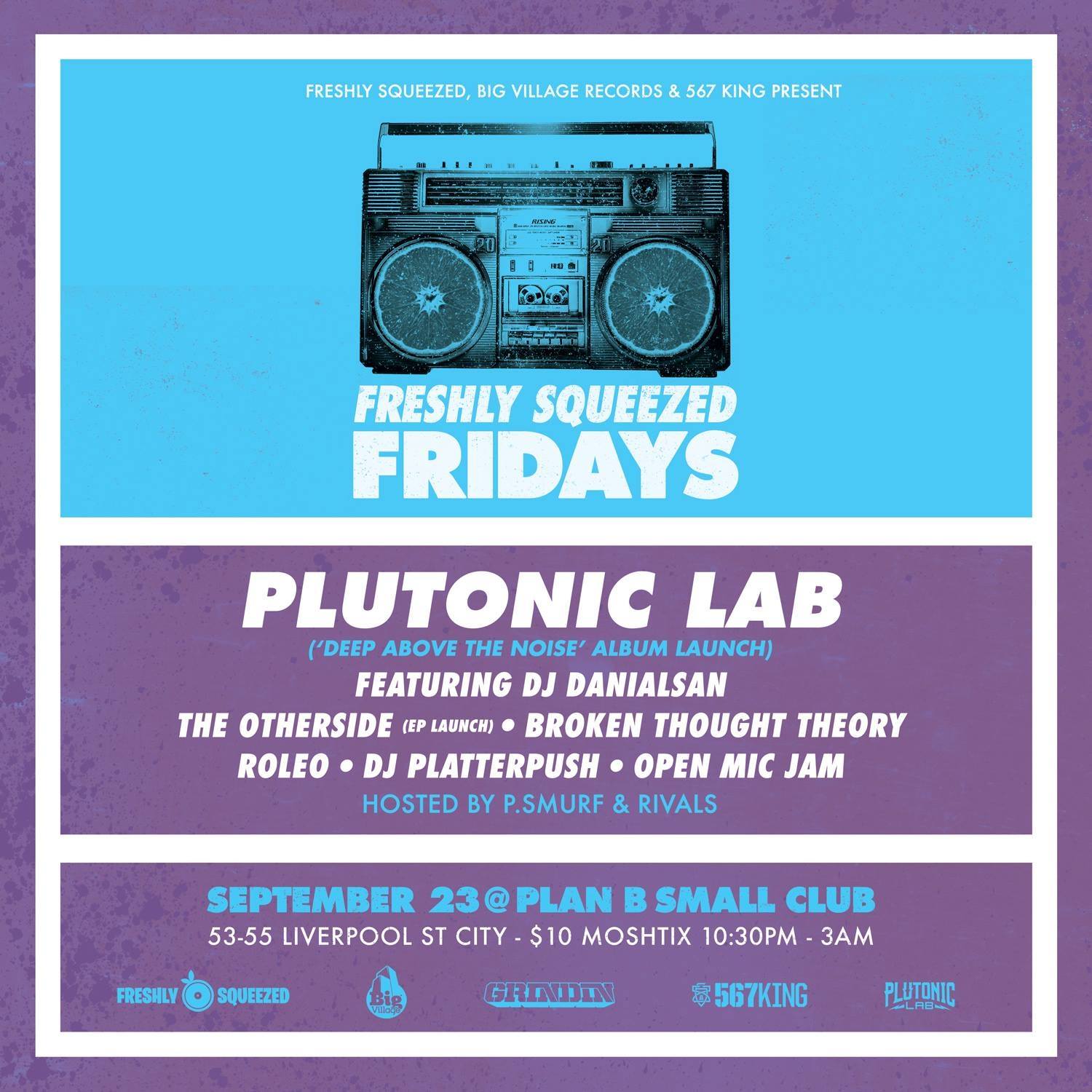 Freshly Squeezed Fridays presents the album launch for one of the most highly regarded producers in the country, Plutonic Lab (one half of group Muph & Plutonic). With A career spanning over 20 years, Plutonic Lab’s eclectic music production has provided the backdrop for a vast number of artists with over 80 releases locally and Internationally on several record labels including work with, Guilty Simpson, Miles Bonny (US), Notes To Self (Canada), G-Love (US), Coma-Chi (Japan) Renee Geyer, Dialectrix, Drapht, Hilltop Hoods, Wiley (UK), Speech Debelle (UK), Task Force (UK), Fat Lip (Pharcyde), Eternia (Canada), The Grouch & Eligh (US), amongst many, many more.

Joining the festivities, we have DJ Danialsan from the Aria award winning duo Koolism, who will be performing with Pluto. Blue mountains young guns Otherside will be launching their debut EP 'The Grass Is Greener". Direct from Katoomba, these two numbskulls have been hibernating in the fountain of illness for somewhat 26700000 years now, shadowboxing with aliens from a dark cosmos. They are finally ready to unleash the beast, with the classic Boom Bap stylings produced entirely by the don Caustic Yoda, and legendary Down Under Beats originator DJ Platterpush on the cuts, Otherside are set to tear the scene to shreds.

To round out the evening we have Broken thought Theory, A Hip Hop outfit melding styles from west coast Canada, the Innerwest and South Sydney regions. Featuring production and turntablism from Prolifik The Gifted combined with rhythmic vocal blasts from emcees State Advanced and EaRelevant. We also have Big Vilage Records producer Roleo (Daily Meds/FBI's Future Face) who will be spinning some bass heavy beats til 3am.