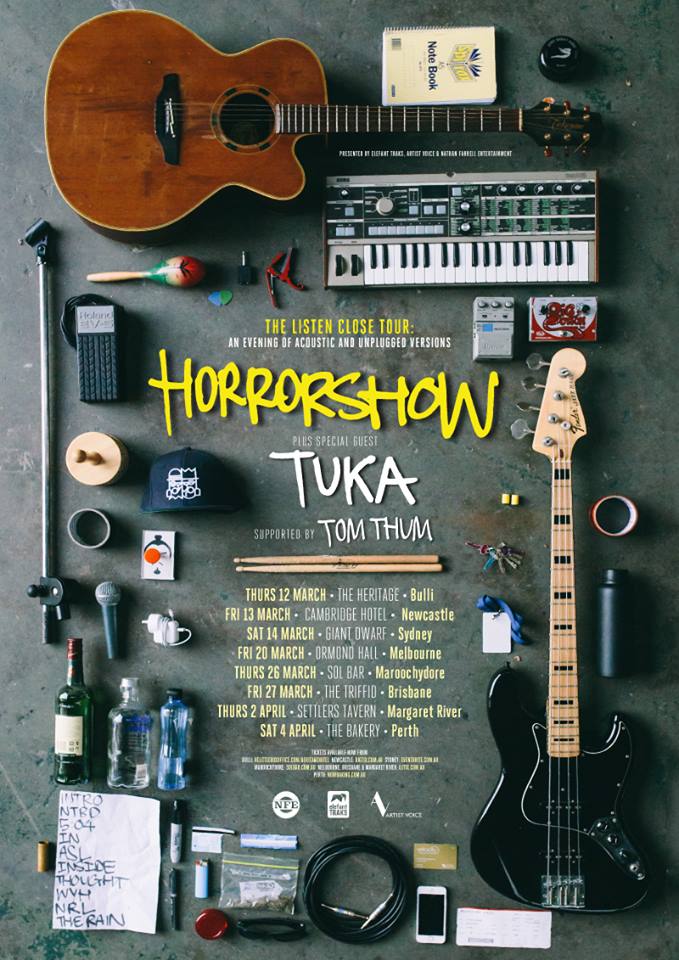 Elefant Traks label members Horrorshow have just announced that they will be kicking off a massive acoustic and unplugged tour in March. It was only a matter of time before Horrorshow was going to take the unplugged show on tour as they recently sold out the Sydney and Brisbane acoustic shows and received massive praises for both performances from the fans who were lucky enough to score themselves a ticket. They will be joined by the soulful Thundamentalist Tuka and mind blowing beatbox / vocal sensation Tom Thumb. The shows will be focusing on the the instrumentation, the flows and the singing with more of an intimate setting compared to their normal live shows.

The tour comes off a few massive recent years for the label including back to back #2 ARIA records (King Amongst Many and One Day's Mainline), AMP shortlisting, AIR, J Award and ARIA nominations. Add to that a series of crazy tours and festivals culminating in a huge show at the Enmore Theatre celebrating the One Day album.

You can purchase Horrorshow's music via the links below.

Horrorshow - Kings Amongst Many Vinyl

Keep up to date with Horrorshow via the link below.