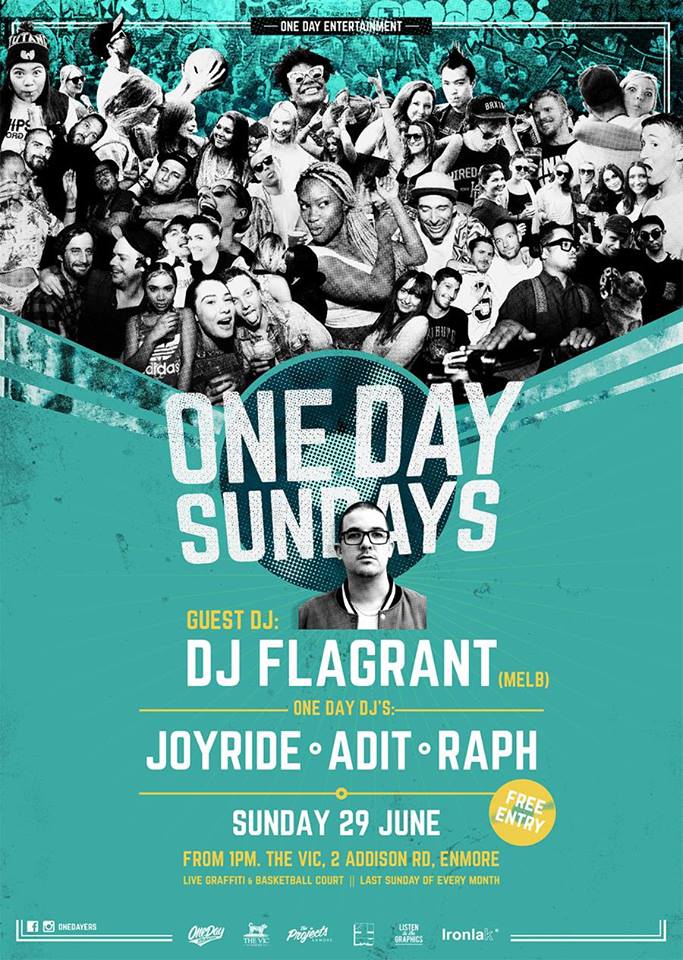 The next edition of Sydney’s infamous block party ONE DAY SUNDAYS will be going down on Sunday 29th June at The Vic in Enmore.

Following on from last month’s huge Autumnal fiesta, One Day are pleased up to announce the details of your monthly dose of grooves, live graff, basketball and one hell of a Sunday evening dancefloor.

For June’s ODS we welcome our good mate, Melbourne’s own DJ FLAGRANT; a mainstay in the Australian hip hop scene for over a decade. Widely regarded as one of the country’s top party DJs, Flago has taken home 1st place in the 2012 and 2013 Victorian state finals of Redbulls’ Thre3Style DJ Competition.

One Day resident DJs Joyride, Adit and Raph will be holding down the fort as always, and all the usual ODS trimmings will be on hand, including: the mural, the slow-cooked spit and the beer garden block party that heaves like no other.