Gig News: The Get Down 7 Saturday 17th February 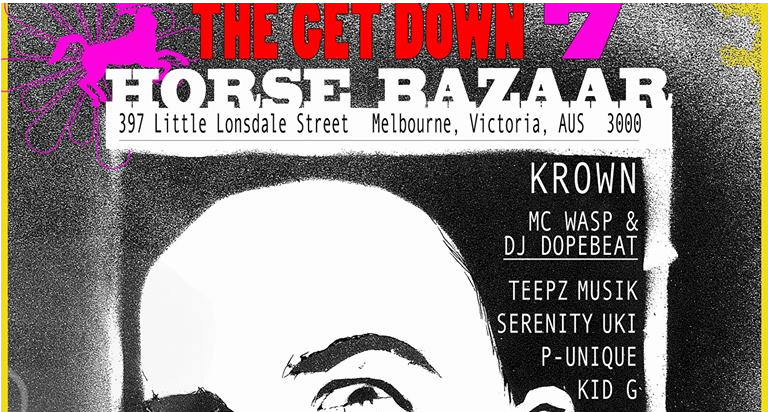 Gig News: The Get Down 7 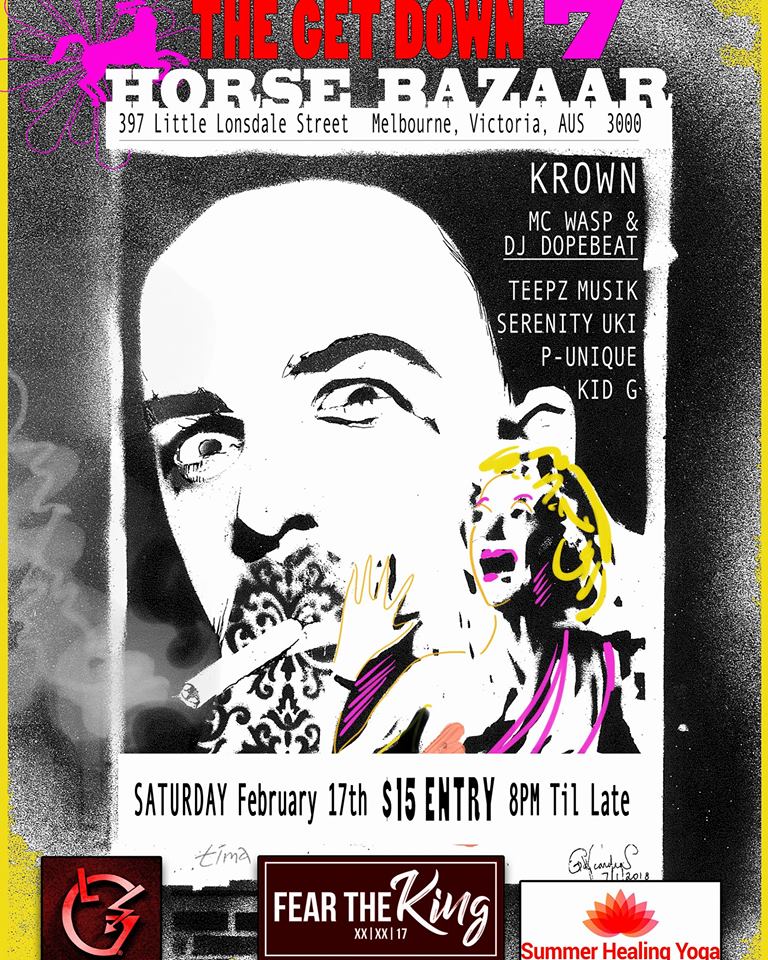 Detour Flicks and friends return on Saturday the 17th of February to bring you...
THE GET DOWN #7

This will be the first event of 2018, and we have yet another dope lineup of local talented Hip Hop, Rap, RnB and Soul artists. Join us and help “SUPPORT MELBOURNE MUSIC/ARTISTS” while we showcase 6 amazing local acts.

Kid-G
Kid-G is a young Melbourne based rapper making waves, and stacking plays. He has opened 2018 in style, with the announcement of 3 blockbuster shows. He is set to drop multiple projects soon, with the young Melbourne rappers future looking bright with endorsements from many in the industry.

Check his music out on Soundcloud:
https://soundcloud.com/kidgent

Serenity Uki
Serenity Uki found her second home on the stage after taking an interest in acting, dance and musical theatre at a very young age. Melbourne born and raised, her love of performance grew and at the tender age of 11, discovered rap. Inspired by rapper 'Lil Bow Wow', a Snoop Dogg protégé, Serenity began teaching herself to song write, rap and produce.
Performing at various hip hop gigs around Australia as artist ‘Senorita Sugar’, she decided to take on the challenge of Australia’s Xfactor in 2014 as a platform and medium for exposure. Recognized for her exotic funky look and edgy attitude. She ruffled the feathers of celebrity judges with her bold and sassy audition. She went on to finish in the top 10 as part of the Xfactor created group “XOX”.
In search for new inspiration and desire to develop her music career further, Serenity decided to travel around the world.
Her music is now a fusion of her soulful singing voice, accompanied by her new-fashioned rap. Serenity is fast becoming a prolific songwriter and music producer, crafting all her own lyrics and working in collaboration with other creatives to establish the final production and visuals.
Serenity combines passion for music with her spirituality, finding her divine life purpose to spread her message. Now only 21 years of age, Serenity says her music is for the person curious as to why we are here. Encouraging others to embrace themselves fully and shine their inner light. She challenges people to live in alignment with their higher self as the creator of their experience.
“Strive for your dreams and expect miraculous solutions.”
Her latest release “Walk My Way” takes us on a moving and entrancing journey. It is a beautiful glimpse of what this young blossoming artist will deliver us in the near future.

Check her music out on Soundcloud:
https://soundcloud.com/serenityuki

TEEPZ MUSIK
TEEPZ MUSIK is a 32-year-old independent artist who has been creating music for the last 13 years. He was lucky to have the opportunity to be on tour with Bone Thugs-N-Harmony. With 5 mixtapes behind him he is currently working on his new solo album while also working and helping produce a lot of tracks with various other artists. Also, a member of a 5 piece reggae band in Cairns.

P-UniQue Music
P-UniQue also known as Piath Mathiang was born in North Sudan and moved here at the age of 5. She was always into music but didn't feel she was good enough. She has used music to express her feelings about the things that affect her and the people around her. Her music is very Raw, unique and genuine and she definitely makes you feel every word she raps. She feels that women are not recognised enough in any field and will make sure that we recognise the name P-UniQue.

Check her music out on Soundcloud:
https://soundcloud.com/p-unique

MC Wasp & Dj Dopebeat
That good vibe boom bap rap is back for another Get Down. Strap on your best pair of kicks and get ready to boogie with MC Wasp and Dj Dopebeat. No introduction will be necessary if you're a regular at The Get Down. These guys have been residents at some of Melbourne's most notorious bass music nights and played countless clubs, festivals and underground parties. Expect old school beats and tight rhymes you can't help but nod your head to. Fill up your drink, grab your friends and don't miss the funk.

Krown
Krown is a young rapper creating in Melbourne originally from Perth who is fast emerging in the music industry. With deep passion for the hip hop culture, he has created a spark and shed a light on real hip hop which some consider old school. His influences are Nas, Mobb Deep and Wutang. He recently released short visuals on social media which worked to get exposure overseas. Recently he released his anticipated debut EP "Wake Em Up", Krown is sharpening his skills for the world stages of music. With a unique sound he has a bright future..

Check his music out on Soundcloud:
https://soundcloud.com/militarykrown