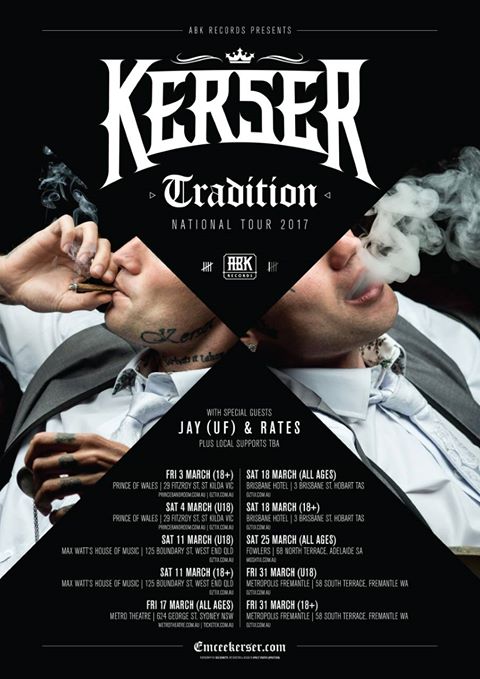 As evidenced by tonight’s turn-out, where Hilltop has history Kerser has an army of soldiers loyal to whatever ABK 225 does next. Never has a homegrown rapper been such the puppet master as this Sydney-sider. Tonight could very well be a recruitment drive.

Outside the event at Max Watt’s in West End (formerly Hi-Fi), loiterers amped for something hyped gather in clusters not far from police ready with the paddywagon just in case together with security bulked for a full house. Inside Skrub & Nerve  warm up before Jay UF and Rates open up the evening’s ABK assault. And by 10pm the already-raucous audience ramps up their rabid reception for the self-proclaimed King Kerser dressed in matching tee and cap emblazoned with ‘Enjoy Codeine’. SHit just went from 0 to 100 real fucking quick!

Chants of ABK-225 set the place into a frenzy as new joints off Tradition (2016) ‘God’s Gift’ and ‘We The Type’ trump out - bellowed word-for-word by most in attendance. So when his classics from waay back are introduced it’s a patriotic war-cry like no other rapper has ever mustered (outside of a touring Wu-Tang or Nas set). Big brother Rates is coerced into the fastest freestyle performance which doesn’t fail to register and a fight in front section is broken apart by Kers and Jay demanding they shake hands and enjoy the night peacefully. It doesn’t, however, stop a few scuffles in the back from jumping off. Put it down to to high octane spirits of The Sickest being in the building. Crew-thick with 225 fully flexed and flanking Kers, Rates and Jay UF the rappers prowl the stage and pull strings on their legion of ABK even so far as leading a revolt against triple j before the anti-radio play teams pulls up for ‘We the Bad Guys’. 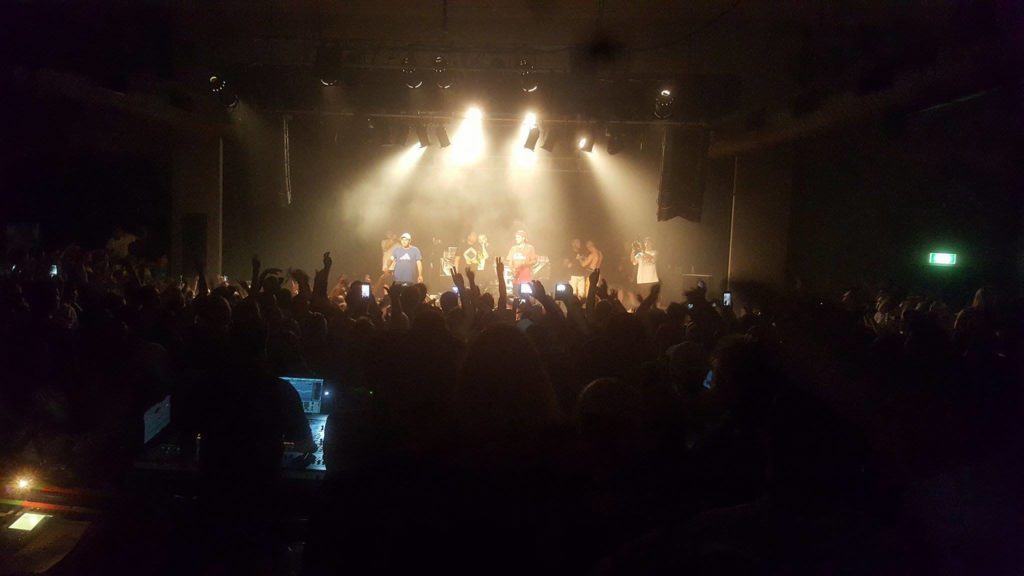 20 minutes over his allotment, the King gives no fucks. All’s well for an encore that concludes on an anthem-like big-hitter that swayed everybody once again into the ABK formation. If there is a sign-up sheet for this shit, it’s gaining at a dangerous level for authorities to take notice! Who runs this shit? ABK 225 apparently!