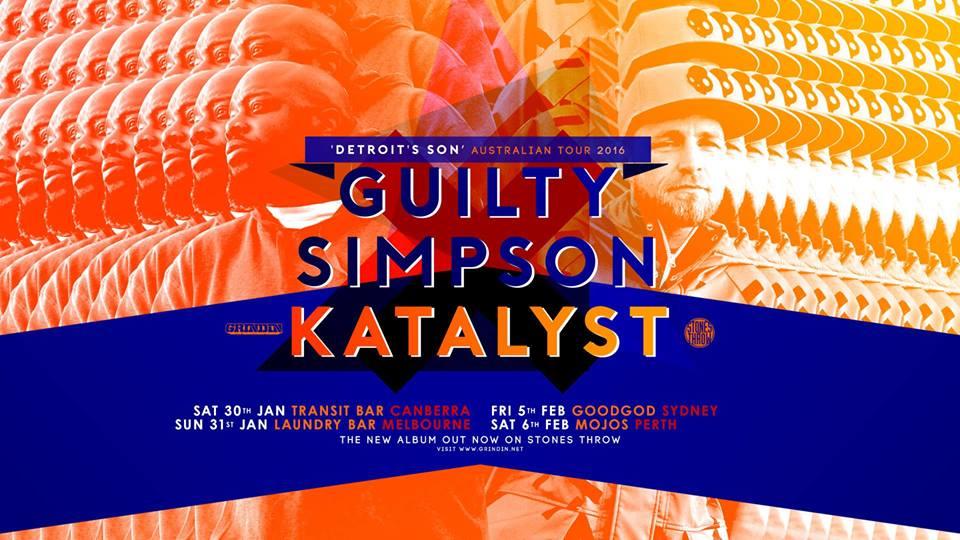 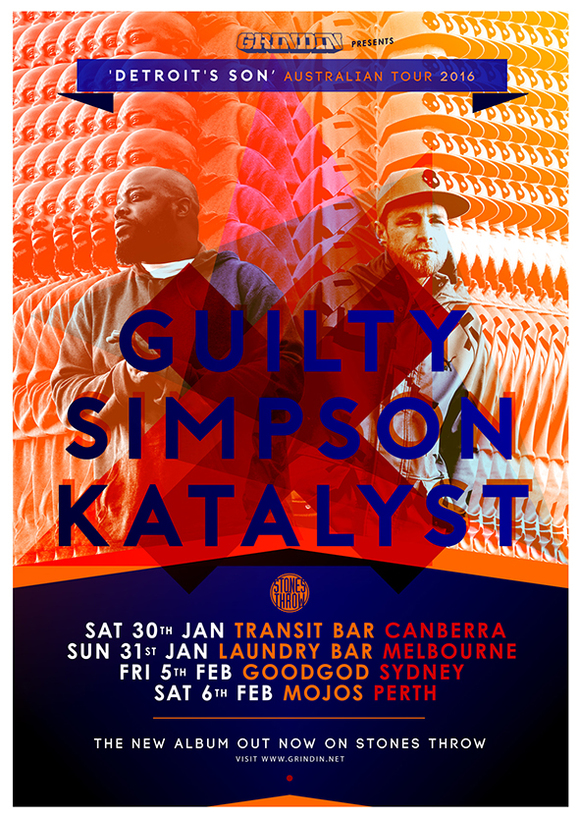 Guilty Simpson may have worked with Hip Hop production luminaries from as far afield as California, New York and the UK, but his roots are forever in his hometown of Detroit. It was fellow Detroit native J Dilla who gave Guilty his debut, on “Strapped” from Jaylib’s 'Champion Sound' (2003), and “As Serious as Your Life,” a Four Tet remix.

At Dilla’s request, Guilty joined the Stones Throw fold, releasing his debut solo album 'Ode To The Ghetto' in 2008, which established him as one of Stones Throw’s flagship artists. Two years later, Guilty returned with producer Madlib for 'OJ Simpson' (Stones Throw, 2010), which Pitchfork heralded as “cohesive, focused, and flat-out fun… one of the best hip-hop records of the year.”

After a collaboration with the late Sean Price and producer Black Milk as Random Axe, and another with producer Apollo Brown, Guilty’s next appearance on Stones Throw was shorter but no less pivotal – a guest verse on “Fitta Happier” by Geoff Barrow’s hip-hop production super-group Quakers. Time spent with Quakers co-founder Katalyst in Australia yielded an artistic chemistry between the MC and producer and led directly to Guilty’s third album for Stones Throw.

Detroit’s Son distils the essence of what made 'Ode To The Ghetto' an underground classic. With the subject of life in the Motor City placed front and center, Guilty’s uncompromising rhymes fit seamlessly with Katalyst’s hard-hitting beats. The raps are every bit as gritty as on Ode or OJ, but there’s also a little light relief on tracks such as “Smoking,” probably about as close as Guilty will get to a summer anthem.

This is the Detroit MC on his best form, rapping over beats perfectly tailored to his rough baritone. Guilty Simpson has always been skillful at combining hardcore rap with thought-provoking observations about the world around him, and it’s this talent that comes to the fore on 'Detroit’s Son'.