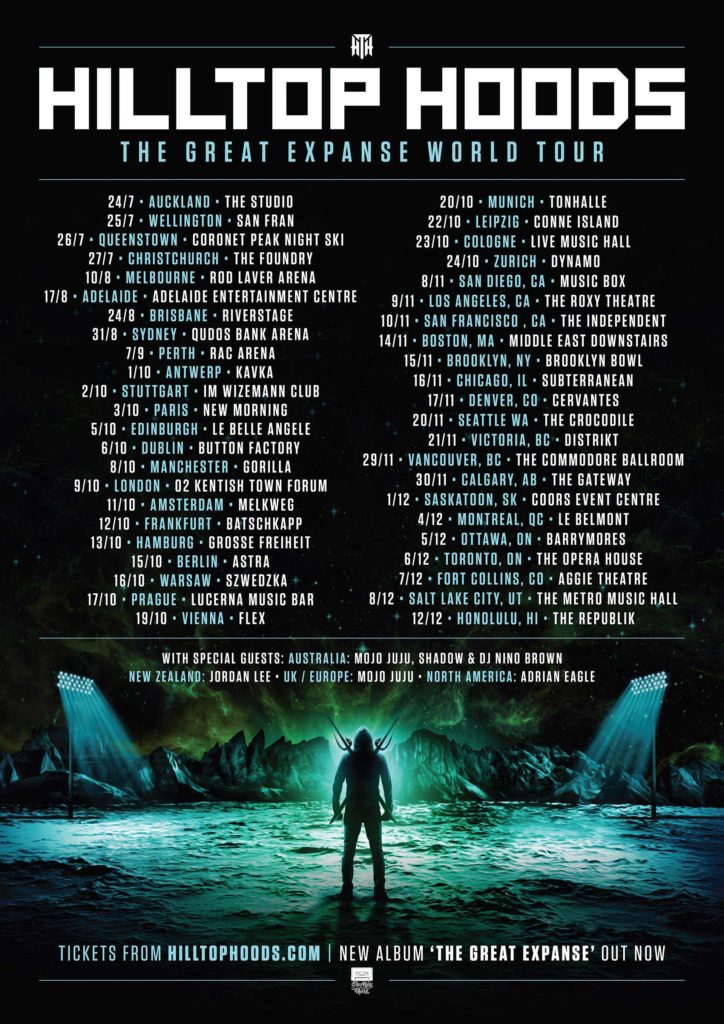 The Hilltop Hoods Are Back Once Again.

The Hilltop Hoods have just announced a massive world tour off the back of their latest release "The Great Expanse." The brand new album has been getting massive amounts of radio play across Australia and has been very well received from the fans alike. After recently opening for Eminem and smashing out massive sets at the recent Groovin The Moo Festivals this was bound to happen.

Hilltop Hoods will be touring the new album "The Great Expanse" around the world and will be hitting 15 different countries including an  Australian leg for the tour with shows announced for Brisbane, Sydney, Melbourne, Perth and hometown Adelaide.

Tickets to the shows will be released 9am May 14.