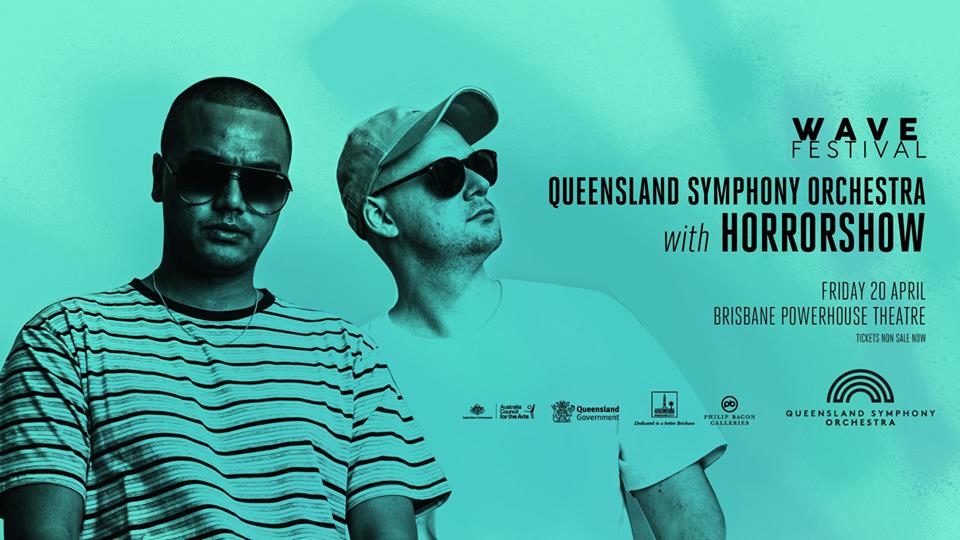 Brisbane, Horrorshow promised you something special and here it is!

Horrorshow joins the mighty Queensland Symphony Orchestra for a one-off show at Brisbane Powerhouse in the year they celebrate a decade since their debut album.

This is a licensed all ages event. Under 15s to be accompanied by adults.

With four studio albums under their belt, Horrorshow’s first ever orchestral collaboration includes songs from recent albums Bardo State and Kings Amongst Many, as well as fan favourites Inside Story and The Grey Space.

Orchestrated and conducted by regular Tom Thum-collaborator Gordon Hamilton, fans of Hip Hop are in for a memorable night as the banging sounds of Queensland Symphony Orchestra brass collide with Adit’s arsenal of beats and Solo’s masterful lyrics. Take a walk on the wild side and get your tickets early for Horrorshow with Queensland Symphony Orchestra! One show only!