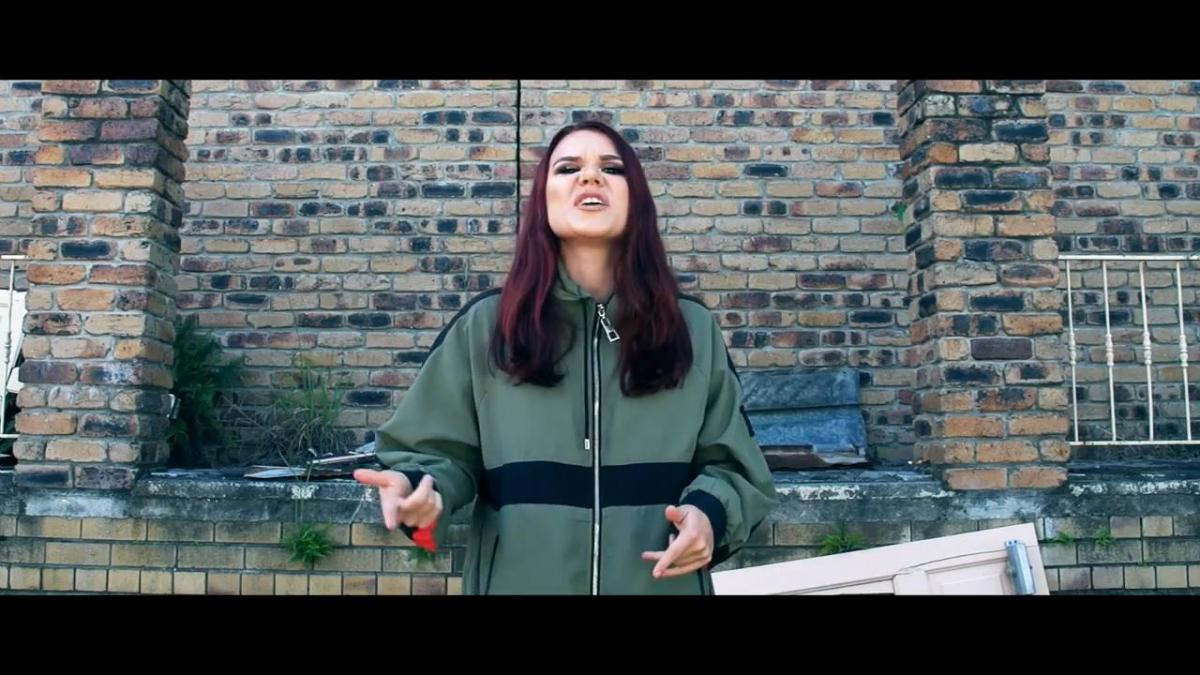 Ozhiphopshop caught up with Helen Earth a few weeks ago to discuss her brand new debut album 'Hell Hath No Fury' and the journey so far. Helen isn't new to the scene and has be honing her skills for the last few years in preparation for this release. The emotion and bars that went into this release is something special. From the lyrics to the production this album will drop jaws and snap necks. The wordplay is on another level and makes you double check you haven't jumped back into time when lyrics were everything.

Hey Helen, hope all is well. I have really been enjoying this release.

Hello Travis. Thank you, I’m glad to hear this.

You have been extremely busy the last 6 months working hard on your brand new album Hell Hath No Fury, what has the road been like?

It was longer than six months, although I’m not too sure precisely how long. But it took awhile to get off the ground. I had a few bumps linking up with producers, but as soon as I linked with a solid network it all came together pretty quickly and smoothly.

The artwork is insanely good, Deej is an incredible artist. Did you work closely with him on the concept and design?

Not at all. Like you said, Deej is an incredible artist, so I gave him free artistic rein. I know my limitations, and I wanted his interpretation of the theme I was running with.  I’m not sure if that makes me easy or difficult to work with.

What part of the process are you most comfortable in; writing, recording or performing live?

Probably writing, and I see myself more in terms of a writer than I do an emcee. Recording is fun and performing is always an incredible experience. But writing gives me a feeling that words can’t describe, as ironic as that is.

This is your debut album and creating it must have been a learning curve especially being independent, did you find anything about the process hard?

If I made my own beats, this album would have been done a long time ago. Unfortunately, I don’t. The merit in self production is that you don’t have to synchronise your work ethic with another producer. You have complete autonomy. So, the challenge for me was to find someone who’s work ethic matched mine – and I did, several in fact. I am grateful to have worked and continue to be working with some of the producers who feature on my album. But it was a fucking pain in the ass finding them.

The album features some head snapping beats laced with some heavy bars. How did you decide on the beat selection for this album?

The way I approach writing to an instrumental is through interpretation. I interpret what the instrumental is saying. I don’t like coming into things with a pre-conceived notion or expectation. It’s a mediation of sorts. If I hear something, I say something. You know what I mean, it’s like the bomb squad for writing rhymes. Of course, I have a preference for certain beats. Rafle, for example is pretty switched onto what I like. Producers gauge your preference, and if you’re working with a lord (Rafle is a lord) they’ll cater to that – or they might facilitate and encourage a different direction because they hear something you haven’t yet.

Good choice on the beat selection and the production is on point. Do you stay within a circle of producers who know how you like it or would you prefer to go with who can create the most suitable beat for each record?

What’s suitable one day might not be suitable the next. I just like whatever I like. Right now, I am happy with who I’m currently working with. I think working with Rafle is a good formula, and I want to pursue that and hear it in full. I like to keep my ears open, and if I like something: I’ll engage it. There’s definitely a range of producers who I try to keep up to date with, like Insideus gets busy as fuck. He has a great work ethic as well and I definitely recommend him to anyone looking for beats.

Where did you record the album at?

In the spare room aka the ’office’ where I do my uni work, yeah definitely nowhere fancy.

Rob from Shake Down Records has been working really hard in the local music scene especially with upcoming talent like yourself, did you find working with him has helped with the overall outcome of the album?

This album would have taken a lot longer if It weren’t for Rob. Rob provided me access to catalogues from a variety of producers and put me in touch with those who I wanted to work with. He navigated me through the album process, referred and advised me, facilitated gig opportunities. Rob is the fucking man.  He’s a professional, and that’s who you want to work and be in touch with - professionals. He makes good memes too.

What are some of the lessons you've learnt in the industry thus far, be they good or bad?

The first lesson I learned was from Ciecmate, and that lesson is ALWAYS GET THE STEMS. Lessons I’ve learned myself? Just do it for you. I write for me, and it’s been like that since I was a kid. Writing is just something I’ve always done and enjoyed. It’s apart of me, to the point that at times it’s a seemingly thoughtless action. But when I read it back, there’s a body of reflection. And this reflection addresses what I’ve been overlooking.  Writing facilitates growth. So I guess, what I’m addressing here is motivation. Is it intrinsic or extrinsic? Because it’s the process that’s enjoyable for me, I don’t have an expected outcome. I’m interested in the mechanics, the how. That’s my pursuit. Enjoy the process.

Is an album launch or tour on the cards?

I’m not too sure at this stage, right now my priority is uni. In the holidays I’d like to head back to Perth and do some gigs. I also want to head down to Sydney sometime, and a few other places.

What first got you into hip hop and how has it changed your outlook on life?

Probably my mum’s record collection, her record collection is stacked with samples. I was exposed to a lot of good music as a child. And I always had this obsession with writing, and rhymes and manipulating words. I’m not too sure what age I was exactly when I started brain washing myself with hip hop, but It started at a young age. Regarding my outlook… Music is like this intertextual secondary source, an accompaniment of this weird concept we call self. I don’t know if it changed my outlook, think if anything it reassured it and at times challenged it. Back then listening to hip hop was like falling in love for the first time.

What steps do you go through in writing your tracks, do you have a set method that works for you or does it vary?

I’m a lot more disciplined these days. I pace myself, I think my approach to academic writing has greatly influenced my approach to writing rhymes. I don’t follow a set structure though. It comes from this deeply immature part of myself. I don’t know why, but I’m so resistant to structure. I have this problem with uni too, I do really well when it comes to textual analysis, my mind is wired for it – but when it comes to assessments that require a very strict structure and admittedly very boring content, my inner disruptive student screams ‘get fucked’. I have been following a set structure lately though for something im working on.

Who in the Australian hip hop scene would you like to work with next and why?

Sinks. I feel like I don’t even need to explain why because I’m under the impression that everyone is of the understanding that Sinks is a fucking GOAT. Sinks music makes me feel a way about hip hop that I haven’t felt since my teens. I would also like to do a track with Shook one day, I hold her in high regard. Hands down, Shook is a Queen.

What home grown hip hop are you currently listening to?

Definitely the artists I previously mentioned. I don’t get too much time to listen to much music anymore. And in my spare time, I’m usually trying to make it. But Sinks gets regular play, and I always try to keep up to date with Dialect. I placed an order for Photograph Your Aura the other day.  And I’m very keen for that album he’s doing with Must Volkoff – most rational beings are, right!

Thanks to everyone who’s been involved in this project and especially to those who have been supporting it, sharing it and reaching out with their thoughts. It’s truly humbling.

Any advice for others wanting to pursue this art from?

Don’t add me and tag me in your shit.  Have some fucking decorum.

Thanks for your time.

Catch Helen Earth at the upcoming Scenario Festival in Brisbane!

Listen To Her Music Here!