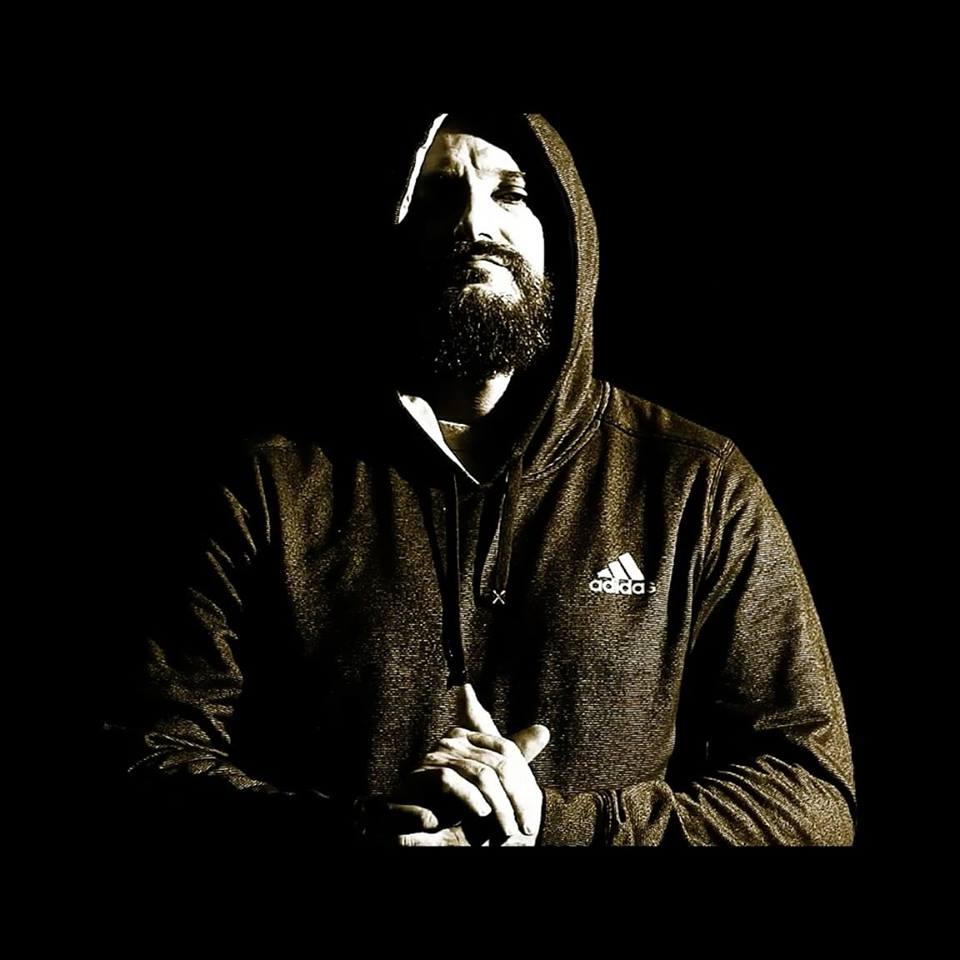 With the recent release of Gaz Hazard's 7" wax release and the drop of the brand new film clip, Ozhiphopshop caught up with the Brisbane local to chat about the recent release and whats on the cards regarding his sophomore album due out via Brisbane independent hip hop label Karsniogenics. Gaz is no stranger to the scene has been putting in the hard work with multiple shows and releases over the last few years including work with CRS.

Hey Gaz, good to catch up with you again. Hope everything is good since last time we spoke?

Yeah everything is good mate.

You have just dropped the “The Lower 42nd b/w A King” 7” wax off the upcoming sophomore release ‘Welcome to Gullywood’ out through Brisbane label Karsniogenics soon, can you tell us a bit about this release and how it came together?

Welcome to Gullywood actually came about while we were doing our first official recordings at the new studio at my old place in Acacia Ridge. We naturally called it Gullywood Studios and since then we had created about 18 tracks. For various reasons a few didn’t make the cut, then after joining the label I decided to turn it into another LP. #W2G was born.

The first track that was produced by Sean B(The Statesman, Kold Heat) The Lower 42 features some heavy hitting features in a massive posse cut with the likes of Lazy Grey, Jake Biz, Overproof Pete and Simplex. What was it like working with them artists and getting everyone to lay down the heat?

Its always incredible working with such veterans and truly talented people . I am lucky enough to call them all my brothers. The track came about very quick actually in the scheme of things, getting 6 dudes on a joint together can be hard sometimes but everyone came threw asap for the project. We are all label mates anyway so a posse cut was fitting.

Did you all record at the same place or were different studios used?

The Lower 42nd  was recorded completely at Simbiotic Studios by Simplex. The album #W2G was all recorded at Gullywood Studios by me. 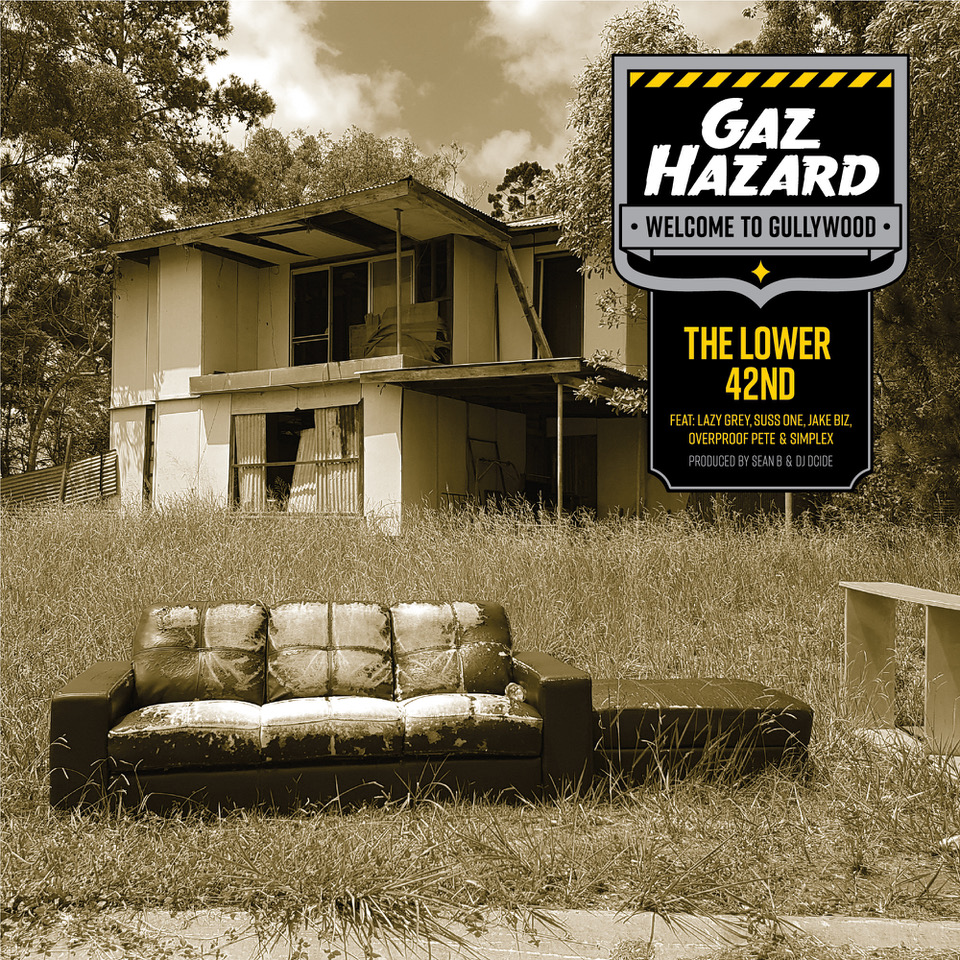 Sean B is a brilliant beat maker and has been killing it in the scene for many years now with production credits on a range of local releases, what was it like working with him on this track?

Seany is an incredible beat maker but I gotta be honest I didn’t see him or even talk to him about it. Jake showed me the beat and we both had that look in our eye like fucking bang..thats for a posse cut on the album. Dj Dcide co produced the track too so mixing and structure was created by him.

You have teamed up with Director Dolan from Dfdes1n to produce a dope clip that has been well received by fans, can we expect to see another one drop soon for the second track?

Yeah we have a new clip dropping soon for the Bezrock tribute track. A King shot and cut by Heethan Steelberg. Dolan did  an fucking rad job with the clip too.

The second track “A King” is a very personal and touching story written about the sad passing of a Brisbane legend and fellow hip hop head, it’s a very emotional track and I’m sure it was very hard to write. Was this one of the toughest ones to pen or do you feel it has helped with the grieving process?

Most Definitely.  The track began from a eulogy I didn’t get to say at his funeral and a week or so after he passed I found it on my phone and began writing instantly. Threw endless tears I just kept writing, it was hard but I felt it needed to be done. For Bez, and yeah for me it helped me vent and go threw those stages of grieving properly. Its still hard. I still tear up hearing the track and almost everyone who has listened to it with me has teared up too. So much of my heart and soul went into that track and with the production from Bigfoot and Heata it became a very powerful song. Cant thank them enough for creating it the way they did.

Losing a friend can be very hard. It must feel good tho to be able to tell his story and allow his legacy to live on through music?

I always had a vision of the song on Vinyl with his B logo on it so of course the B Side made so much sense. It's a very humbling thing to be told by his close mates and mine that they thanked me for writing it because they wouldn’t of been able to do it. To be honest his legacy is already set amongst those he was close to anyway. His impact on this life especially mine will never be forgotten.

The track was produced by none other than Bigfoot along with Heata(Hired Goons) on the scratches. Did the beat selection come play a major role when it came to writing a track like this?

I wrote the lyrics to no beat actually. It wasn’t until Biggie asked to produce it for me and with Heata's help A King was born. They did an incredible job.

How would you describe this release to someone who is about to listen to this for the first time?

The Lower 42nd is a bass heavy posse cut with a mash up of styles from Karsniogenics.

A King is a heartfelt tribute to my old mate and CRS OG with production from Hired Goons finest.

The new album “Welcome To Gullywood” and follow up to “Hazardous To Ya Health” is your first release through Brisbane label Karsniogenics. What has it been like working with them and has it been a lot easier to release music now instead of being an independent artist?

These guys are true veterans of rap music in this country full stop. Lazy Grey and DjDcide who run the label have been dope to work with. We all come together on the project and aimed for next level every time, sonically, lyrically everything. Always trying to step our game up. You seriously cant fuck with the K TEAM.

When can we expect to see the new album drop?

The LP will be available on cd, digital and as a 12 inch record due on within a few months along with a new video for a solo track off the album that i'm hoping to have it ready soon.

Is there a show or tour coming up to coincide with this release?

Yes we have Brisbane ,Melbourne and Adelaide in our sites to launch the album. Hoping to do them all this year. I also have a couple big international support spots to be announce soon.

Any advice for upcoming rappers looking to get into the game and release music professionally?

Be yourself. Do You and focus on you. And yes exactly, make ya music professionally. Dont judge your value as an artist by the views or likes  you get. Judge it by how many people turn up to your shows and actually buy your music.

Where can the fans check out more of your music?

My last LP . Hazardous to ya health is on I tunes.

It was good catching up mate, wish you all the best for this release and I’m sure we will speak soon.

Keep up to date with Gaz Hazard via Karsiniogenics