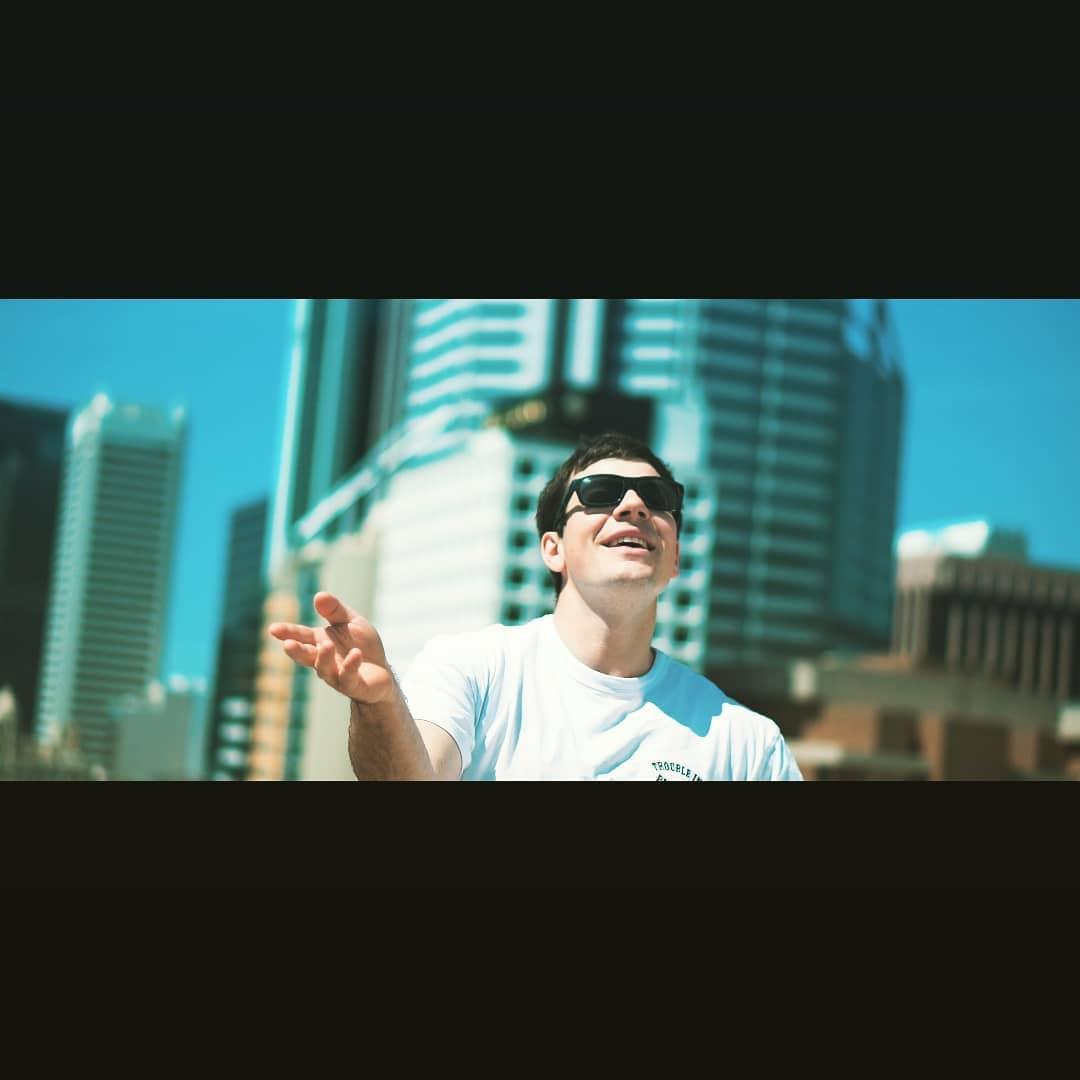 From a rapper who plays the weekend to our Monday-to-Friday hustle,24 year-old Chatters is, in his words, “an electrician by day and an Australian rapper by night”. He started on the scene in 2017 culminating in his first mixtape entitled FOR YOU and later his debut EP CHAT ROOM (2020) produced by Uncool Sam which included singles ‘Who Knows’ and ‘Maybe it's Something Else’. We caught up with Chatters for a quick interview.

How did you first get into hip hop?

I was watching Rove on a Sunday night and Bliss n Eso performed The Sea Is Rising live. I remember thinking it was the dopest thing I have heard and spoke to my older cousins Dan and Mikey about it and from there they showed me Urthboy, Horrorshow, Drapht 360, Hilltop Hood etc

What made you go from being a fan to deciding to start rapping?

Throughout high school I always enjoyed writing but kept it very secretive, it wasn’t until I went to see Joelistics live at 18 where I actually met him and jumped up on stage for a verse and after the show he asked if I rapped and told me that I should as he thought I sounded dope.

What was it like growing up in the perth scene?

The Perth Scene is pretty special as there a shit ton of opportunity’s to play live at some great venues like the Rosemount, Bird, Mojo’s, Amps where there is always a crowd. I still remember before going to a club, my mates and I would go into Amps and just watch whoever was performing. Some were great some weren’t so much

What's the process like for you creating a new track?

Normally I come up with a concept which can be a sentence to a guitar riff, and then I take it into the studio with Uncool Sam where we both try building the concept to be a basic beat to write to. Then I’d normally write a couple of verse, lay it down in the studio and once we have the verses covered we build the beat in more depth around the verse and create a chorus. Once that’s done, we listen to it like 100 times whilst adding and taking away instruments, melodies, retake of verses/chorus until we are happy then it goes off to Rob to master

I cannot talk these two guys up highly enough. Honestly both just genuine good cunts and beyond talented. I’ve walked into the studio before literally singing a random melody to Sam and before I know it he has turned that melody into a piano piece and thrown drums, guitar, bass around it, all from me trying to sing some wack melody.

You recently dropped a brand new single, can you tell us about it?

Someday Soon was actually the last song I wrote and recorded for the upcoming Ep Still Chatting. I stumbled across a sample whilst on YouTube and then from there Sam turned the sample into a banger in a half. I still remember when I wrote this song, I had a mates birthday and I was hungover like shit feeling sorry for myself, and then my mum told me I can’t keep this up forever, so I decided to base Someday Soon off trying to stay young forever and not settle down.

The new video was really well done, who filmed it?

Drop Shot Media (Sam Vote) produced the Video and he absolutely killed it following me all day dressed as a clown in public.

Who came up with the idea for the clip?

The idea for the clip came around when I was watching Bad Santa one night and I thought it would be fucking fun to go around as a clown just making a dick of myself. So spoke to Sam and he thought it was a good idea as well, so got to traumatize not only the public but my two little cousins as well.

How active are you with performing at local shows?

Do you go to many shows as a fan?

Yeah anytime there is an act in Perth that I like I always make a good effort to go. I have always been into live shows as I feel it after seeing an act live, anytime I hear one of their songs it always means a lot more to me than it used to as it created a memory and takes me back to that night.

What was your last gig you went to?

The last Perth act I saw was Dolce Blue at The Bird about 3 months ago. And my last national act was Tuka for the Selling Me Out Tour which did not disappoint

Has covid halted a lot of gigs for you?

Covid differently fucked me around a bit, as my first Ep “Chat Room” came out late March last year and I was meant to have a Ep launch party but obviously was cancelled which sucked, but if it wasn’t for the isolation this project wouldn’t of been written as quickly and I wouldn’t be as eager as I am for this Ep launch party and the future

What can we expect to see in the future from you?