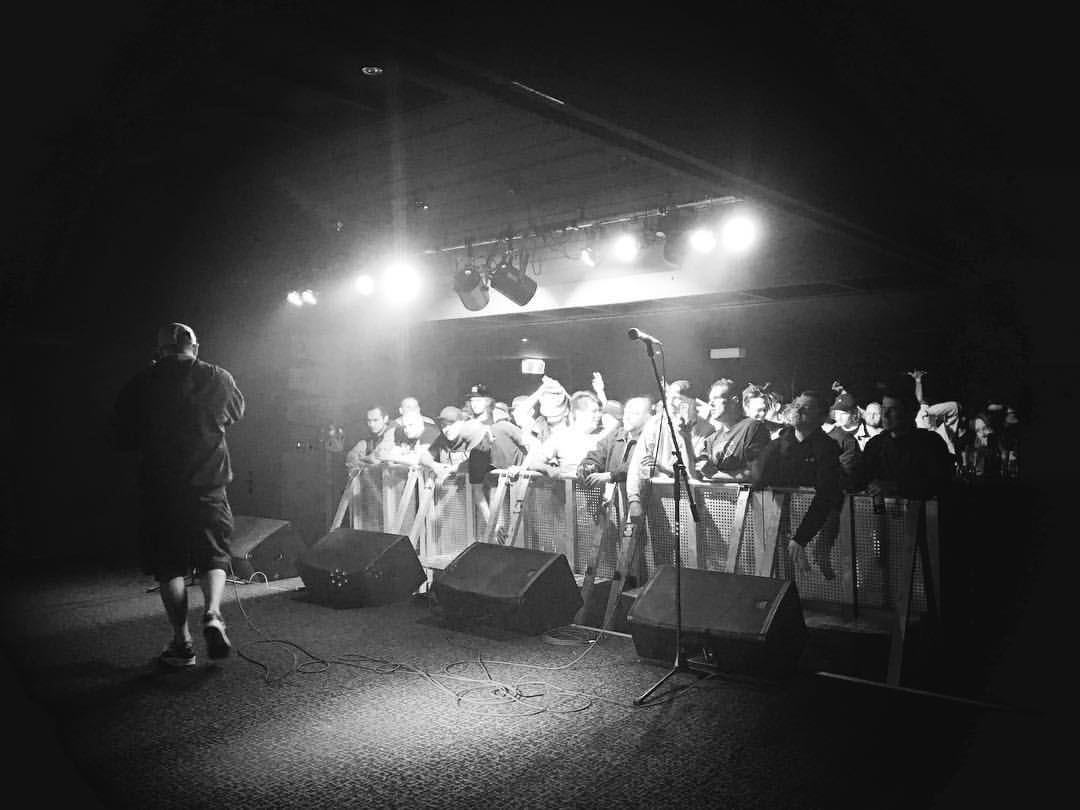 It’s a turn out tonight of real hip-hop heads. While everyone is here to witness DJ Discourse wreck the decks, the General is in the building and he later shows why he’s kept the state on lock the last twenty plus.

Local grinders Exit Strategy broke peace early on, before Jake Biz and Gaz Hazard pace the stage like uncaged beasts to DJ DCE’s cuts, their roar in fine form. DJ Vawnagraphic keeps it stirring before the call to assemble by way of deafening sirens for Crate Cartel’s Discourse to step to the mound.

Batting hard, Flu AKA Fluent Form makes himself known on the mic in warm up for one of the country’s most slept on rap heads - none other than the mighty Maundz, or the Maundzsta as he grew into tonight. He’s hitting homers straight off the bat, as to be expected. Nobody fucks with Maundzilla! Going way back to the days of his track with Beezwax’s own Bias B before belting out Nobody’s Business. His performance, as usual, killing the night’s standard. He was kind enough to step to the side for Starvin B, all the way live from Queens, New York where he takes Discourse’s Megalomaniac LP party to the brownstone stoops of where it all began.

Discourse is firmly planted at the decks while the call for the General was put out. Someone scrambles to awaken the giant. In a gust, bounds out the man himself. Banned in Queensland’s own and still Off Tap, Lazy Grey - killing it without a word to the wise. Wrecks the mic, and kicks the mic stand until it’s taken out of his path before hacking down the track long held as his own. Tonight is a rare gem, holding down for the state’s fraternity of true hip-hop respect. 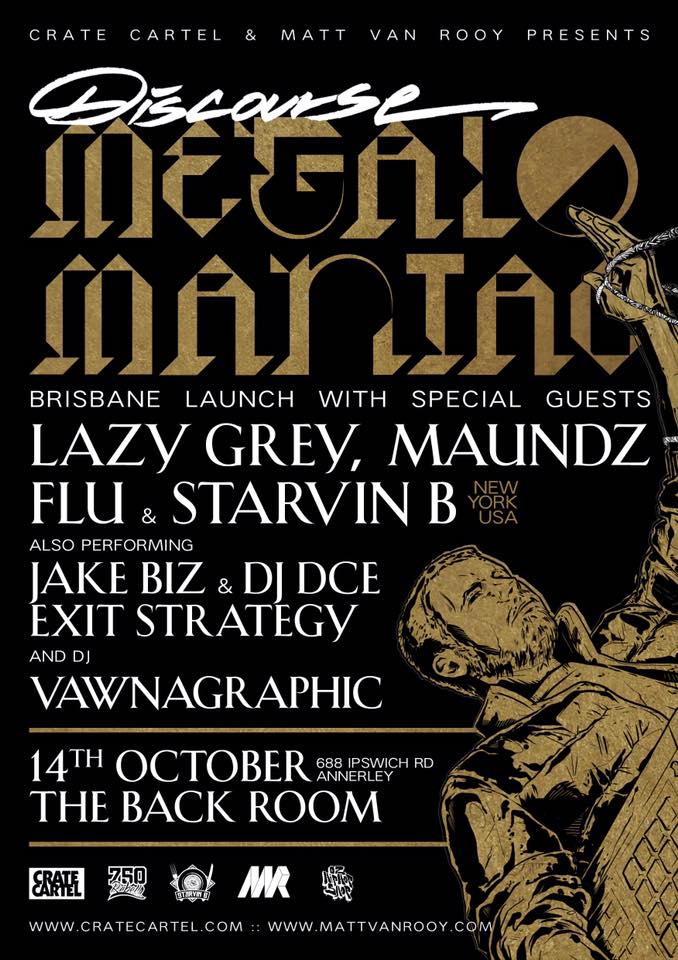