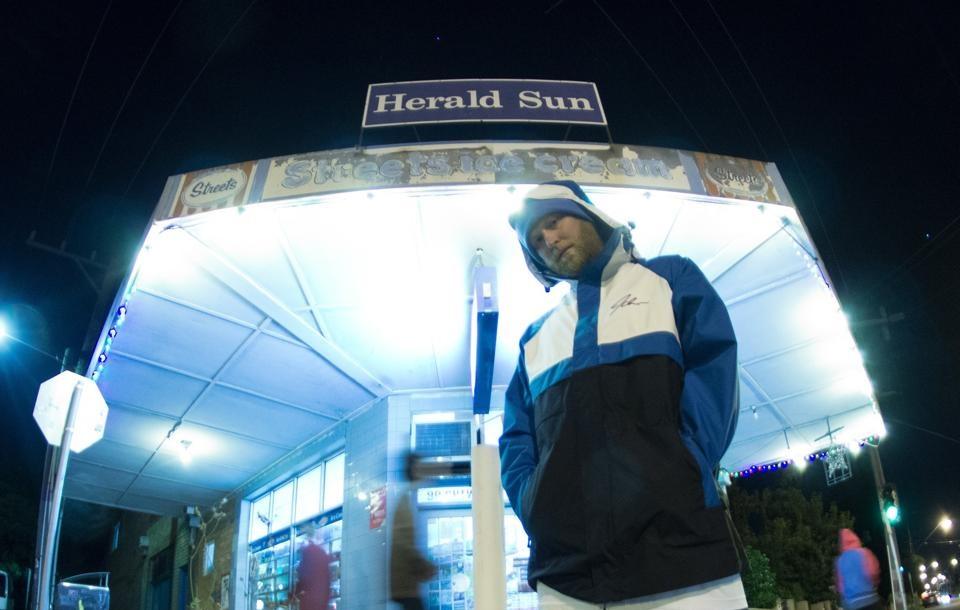 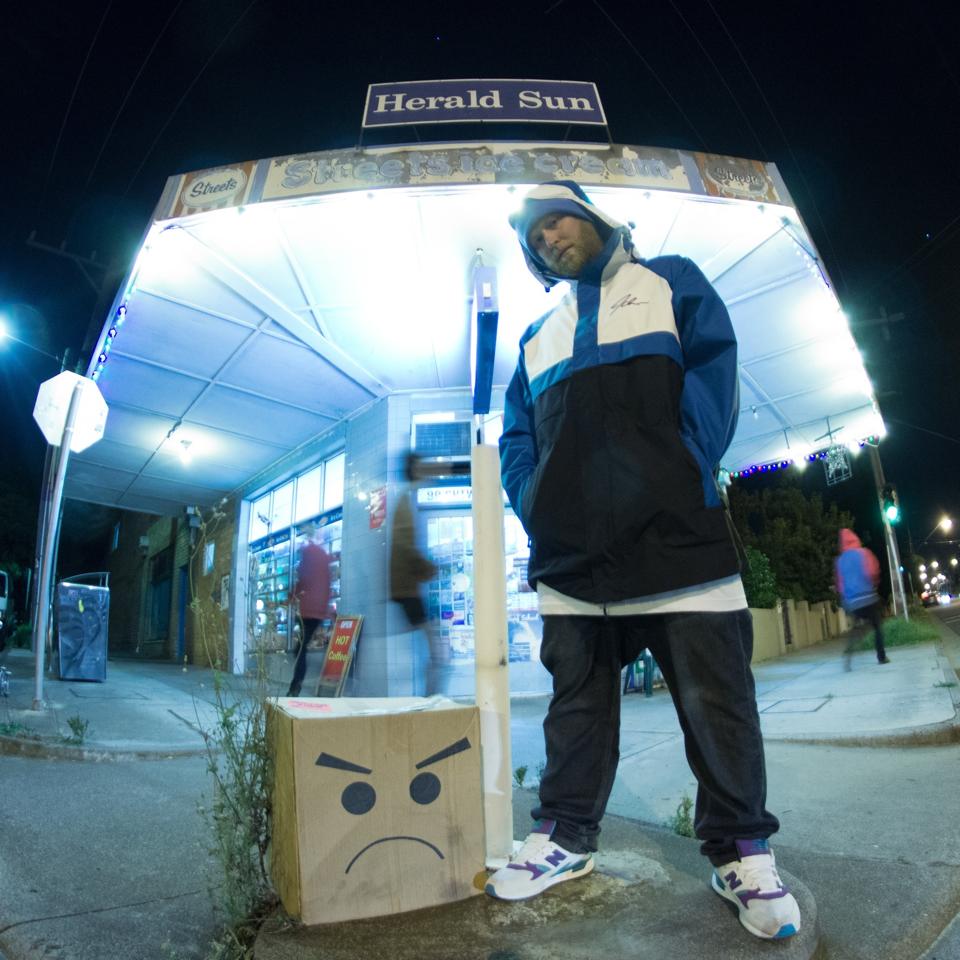 The Maundzini Navajo, that tracky-dack rapscallion outta Prestonia who throws bars like bricks through windows in a riot, has just announced a national tour starting late October! Scared? Yeah... You should be!

Last seen hijacking Hau’s triple j airwaves, to play three hours of the shit he nods his head to, the so-called Mr Nobody is getting known at a runner’s pace of late and a tour has been highly-anticipated for the Melbourne rapper who has great cause for celebration with the release of his third album Nobody’s Business released on wax, CD and digitally last Friday, through Golden Era and Crate Cartel.

Maundz dropped his first album, Mr Nobody, in twenty-ten and drew respect among heads and from thereon in he rarely went unheard. The last time Maundz and the lethal weapons of Crate Cartel dropped wax, Zero (2012), he let Burn City’s legendary kings Bias B and Brad Strut loose in the booth, cooked up with New York chef Action Bronson and chewed beats with Drapht and Golden Era’s Vents and Sesta. Nobody's Business marks a triumphant return for Maundz and again lines up an all-star guest roster in Hilltop Hoods, Phil Gektor, Billy Bunks, Seth Sentry, Trials, Timeless Truth and Nitida Atkinson.

Maundzilla is showing to be a giant ascending towards the top tier of Australian hip-hop. The acid tongue rapper grinds his rhymes to the pavement every time he busts loose and a live Maundz gig will put you in the firing line with one of the the sharpest emcees at work. Mr Nobody takes his business on the road this late October and plans to take over the country with DJ Discourse and a host of supporting artists to be announced in the coming weeks. 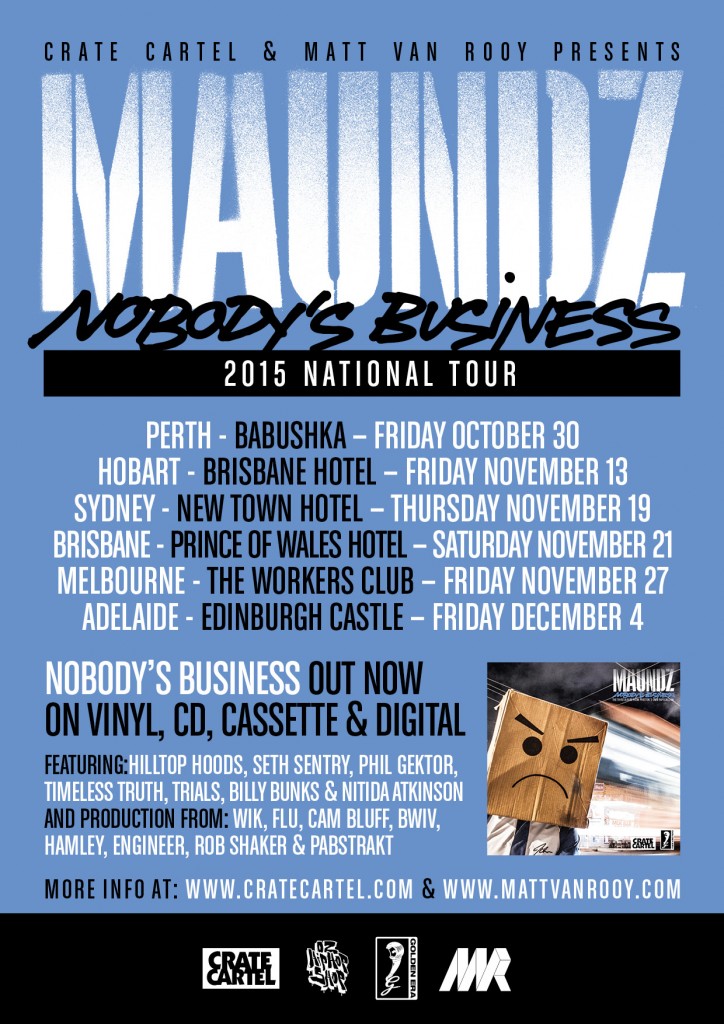 For info and tickets head over to www.mattvanrooy.com

We will be doing some ticket competitions throughout the coming weeks so keep an eye out on our networks.

Check out some tracks from Maundz below including the latest single Whiplash Ft Nitida Atkinson.

Words written by ozhiphopshop and cannot be reproduced without prior consent.