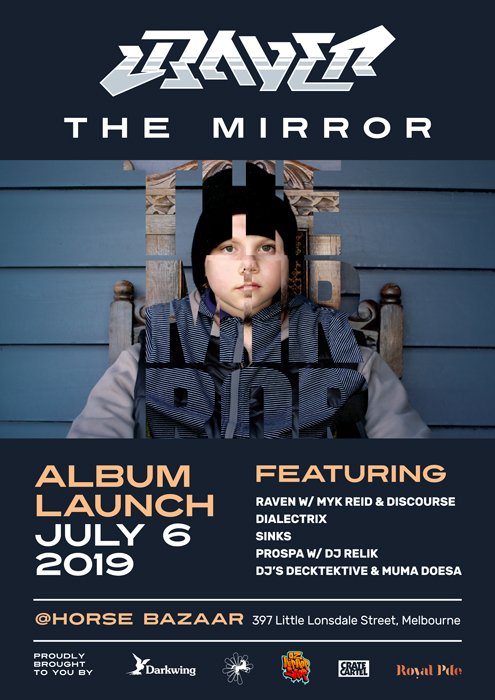 To celebrate the release of Raven’s first album in 9 years, Darkwing Productions, Ozhiphopshop.com and Crate Cartel are proud to present The Mirror Album Launch - Melbourne.

Joining Raven on stage will be his long-time accomplice Myk Reid all the way from Brisbane, and the Crate Cartel chief himself Discourse behind the decks.

With support from Dialectrix, Sinks and Prospa plus DJ’s Decktective and Muma Doesa… this night will be one for the ages.