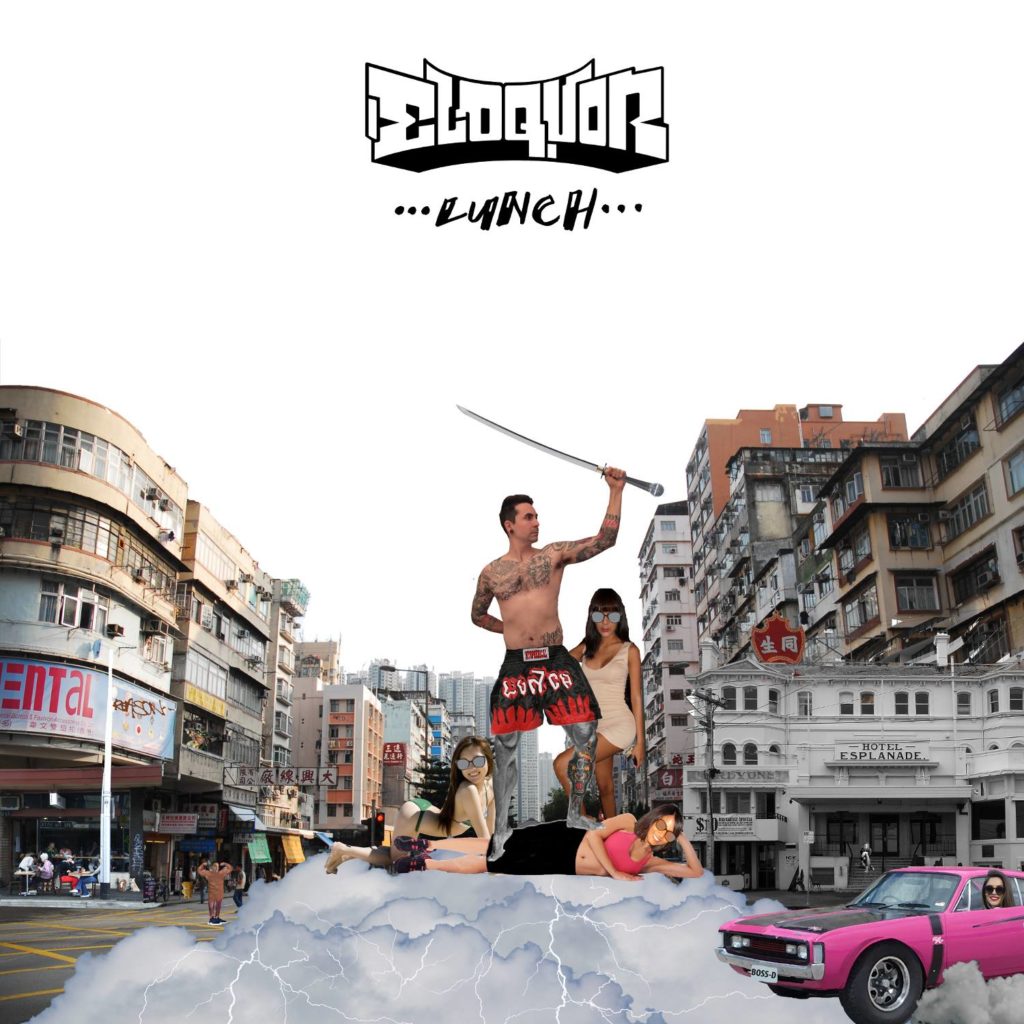 ELOQUOR’S HIP-HOP HAS ALWAYS TOLD THE STORY OF AUSTRALIA’S WORKING CLASS STRUGGLE. THE VETERAN EMCEE IS ELATED TO RELEASE HIS FOURTH LP, LUNCH ON THE TENTH ANNIVERSARY OF HIS FIRST. REST ASSURED, LUNCH REMAINS SOCIALLY-AWARE ONLY THIS TIME SHARPER AND DEFFER.

There stands only a select few of Melbourne’s most respected vets and Eloquor holds firm his place among them. Once described as: an MC harbouring traits of a vigilante of the modern era, over a fifteen-year career his work upholds a distinct core of values from which he has never strayed. Illuminating the human condition and representing well the social discord of his audience - his brand of homegrown hip-hop returns with a packed punch.

Conceived during breaks on his 9-to-5 around Melbourne’s Balaclava, St Kilda and Prahran suburbs, Lunch picks up where 2015’s The Don left off - showing he hasn’t missed the mark. Going hard on the credits to push the message, Eloquor brought the talents of Andrew Bautista (‘Not About You’), Glenn Braybrook (‘Devils Garden’) and Millie Moon (“Happy Then’) to lend their vocals and spared verse drops with Ruste Juxx and legendary icon of Australian hip-hop Reason (‘Treacherous’) bending bars in bunches. As well, behind every sentiment stands a solid foundation of a production unit. Lunch delivers a base cemented by big ticket beatsmiths Simplex, Jase Beathedz, 7’6 and powerhouse ARIA award-winning producer Cam Bluff with production mixed and mastered for the most part at Big Show Studio.

Pre-released singles driving the preemptive onslaught to the album’s official drop found plenty of radio rotation. The anthemic belter, ‘Working Class’ came out first and best explains the album’s blue- collar ethic in which the venomous bars of Eloquor spoke to Australia’s hard-working majority addressing their daily battles over a building rock-riffs courtesy of Cam Bluff who kept the tempo ascending through the second single ‘Chat’ in a heartfelt drop delivered to those who seek a moment of time to unburden themselves. With one ear to the street, Eloquor stays socially aware reminding us that being there for a friend can sometimes make all the difference to losing them. Keeping to his PSA theme, he peels back even further on the more selfless message on ‘Not About You’ featuring Filipino singer/songwriter Andrew Bautista. The third and final pre-release release new air into the lungs of today’s self-absorbed hip-hop, countering the existent calloused tone that sits on the shelf. Backed up by Brisbane beatsmith Simplex, (From the Oceans of Karana, 2013) who knocks up a sparking, studio-shining string and keys ballad to match the sharp slices of Eloquor’s lyrical lacerations.

After siding with Indigenous Tasmanian rapper Strike Won in early 2013 to knuckle-up on the controversial and longstanding national debate on ‘Invasion’, Eloquor maintained a dialled-in on social awareness weighing down firm his stance from thereon in. So, when the rapper prepared his latest album he rapped a meal out of it making food-for-thought. With solid ten-track courses laid out on the table, Lunch is ready.

Lunch attests to his staying true to form, available April, 2017 on iTunes and Bandcamp through Myspherical Entertainment.