Mr Ruckman "All Of Them Things" Melbourne Single Launch 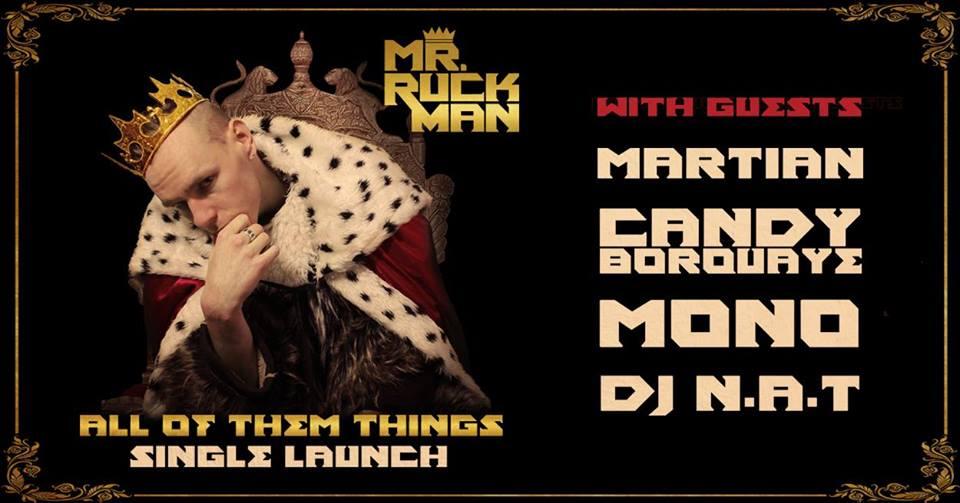 Mr Ruckman All Of Them Things Melbourne Single Launch Mr. Ruckman is a Sydney-born, Melbourne-based Hip Hop Artist of 15 years experience, cementing himself in the industry as one of Melbourne’s most skilful underground lyricists. This year saw Mr. Ruckman touring around Australia to get a buzz going for the release of his massive new trap-influenced single All of Them Things.

All of Them Things is an empowering, self-fulfilling anthem that speaks on overcoming mental illness and developing a strong self-esteem. Available now on all platforms.

Performing since age 14, Mr. Ruckman has shared stages with the likes of prominent home-grown acts such as Horrorshow, Dialectrix and 30/70, to international heavy-weights RA The Rugged Man, Pharoahe Monch, GZA and Atmosphere.