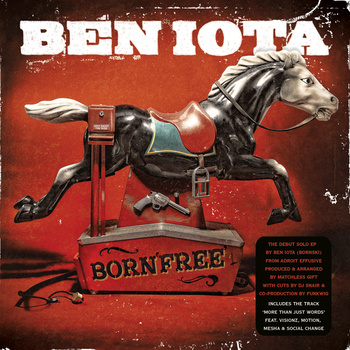 “Born Free” is the debut solo EP from seasoned MC Ben Iota (AKA Bornski) from Adroit Effusive. Produced and arranged by upcoming Producer Matchless Gift the EP features Janey Housego, Visionz, Motion, Mesha and Social Change with co-production by Funkwig, cuts by DJ Snair and a remix by K21.

Inspired by Ben Iota’s recent history studying and living in a developing country, alongside the manifest production of Matchless Gift, this release explores the theme of freedom, or lack there of, and is a narrative of the search for an alternative to the homogeny and trappings of western society. Inquiry and exploration underpins “Born Free”.

The production by Matchless Gift is his finest work to date, demonstrating his grasp on both Western and Eastern musical forms, with both feet firmly in Hip Hop territory. Putting the mic down for this release and concentrating on the production, Matchless has orchestrated a soundscape that is eclectic, yet congruent. It utilises samples, live instrumentation, MPC, Moog, keyboards, and movie grabs, instinctively fusing Psych/Prog Rock, Folk, Industrial, Soul, Hard Rock, Indian and Middle-Eastern sounds. The result is a slick and at times quirky collection of hard-hitting Hip Hop beats.

The lyrics on “Born Free” are inquisitive, stemming from Ben Iota’s fascination with the human condition, and the desire to explore. The title track ‘Born Free’ featuring Janey Housego, is an analogy of Ben’s travels both mentally and geographically, and is backed by a heavy Matchless Gift soundtrack. It documents the personal endeavour to discover freedom by expanding the mind and exploring the world; finding peace of mind, putting things into perspective and gaining a fresh lease for life. The realisation of the magic in the present moment (‘You Can Feel It’), the need to seek out truths amidst the conditioning of the mass media (‘Guerilla Journalist’), and the search for a better way in the midst of the current human condition (‘Iota’) are complimented by a stream-of-consciousness banger (1, 2, 1, 2) and rounded out by a posse track with some of Adelaide’s most diligent emcees (‘More Than Just Words’ featuring Visionz, Motion, Mesha and Social Change).

A testament to both the dedication to the craft of Hip Hop and an open, inquisitive mind, “Born Free” is entirely recorded, produced and mixed at Matchless Gift’s studio in Adelaide with mastering handled by Disk Edit. Artwork by Social Change and photography by Will Freeland and Jonathan VDK, K21 from Golden Era Records has also contributed a remix of the lead single “Iota”.

Born ‘Free’ is released through Butterthief and is available now.

Pruchase it here now on CD

Having been an active member of the Adelaide Hip Hop community for over a decade, emcee and producer Ben Iota (AKA Bornski of Hip Hop groups Adroit Effusive and Common Cause) is back.

After taking a hiatus from Hip Hop to concentrate on studies, travel and to live in remote Indonesia, a new artist with a fresh and somewhat unique perspective to Australian Hip Hop has emerged. Ben now approaches music as a writer, with fewer attachments to the scene, and a perspective that more often that not looks outside of the suburb, state and country that he lives in, posing some big questions. This is socio-political music from a lived perspective, underpinned by inquiry and the need to explore.

In 2012 Ben Iota the emcee teamed up with friend and musical comrade Matchless Gift on production to write, record and produce a series of songs in a time of inspired energy. Having freshly finished his studies as a mature-aged student, and with an overseas move on the horizon, the songs just fell out. Now comes His latest release Born Free. 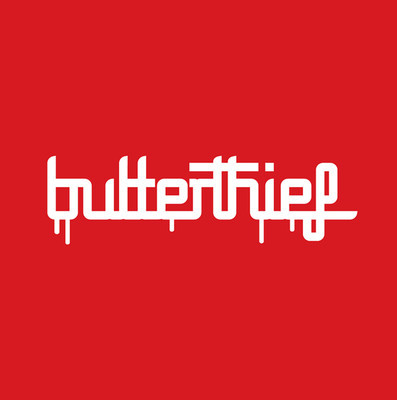