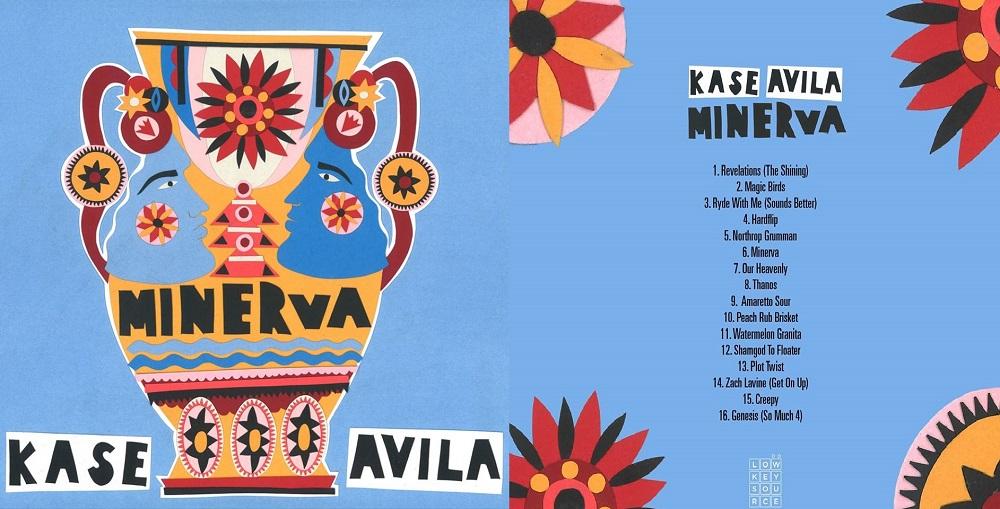 On July 4th Kase Avila is set to raise the bar even higher with his latest effort ‘Minerva’ via Low Key Source. The Filipino-Australian producer is set to delve deeper into his artistry and penchant for the experimental with 14 new tracks.

When Covid-19 turned the world upside down, Kase sent himself into self-isolation. Confined to the studio, the Sydney beatmaker faced this tumultuous time with his love for producing music. Kase explored his love of 90’s boom bap, neo-soul, and the Soulquarians, while playing with the crisp sounds of electronic music to strengthen his perseverance and resolve. Taking its name from the Roman goddess of music, poetry, medicine and wisdom, ‘Minerva’ is a celebration of the resilience found in creativity when faced with uncertainty. The record envisions a sonic landscape that is as intimate as it is expansive. Lush chords pervade Kase’s signature hard hitting drum lines and smooth melodies like an evergreen being traced with graceful footsteps. The result is a sound that is regal in its confidence and joyous in it’s expressiveness. The lead single ‘Magic Birds’ strikes a harmonious balance between the sample-driven beats that have made Kase a fan favourite amongst the lo-fi hip-hop community, and ethereal synth flourishes that give the track a seamless fluidity.

Kase has long been a cornerstone of the Sydney music scene; his brand of ebullient and soulful beats have been filling dancefloors and bedrooms of hip-hop heads for the better part of a decade. In 2019 he released his first ever LP ‘Soul Calibre’, a project that also marked his debut on renowned label Low Key Source. ‘Minerva’ signifies Kase’s continuing ambition to preserve the purism of hip-hop while simultaneously pushing its boundaries with one kick, snare, and key at a time.

3. Ryde With Me (Sounds Better)