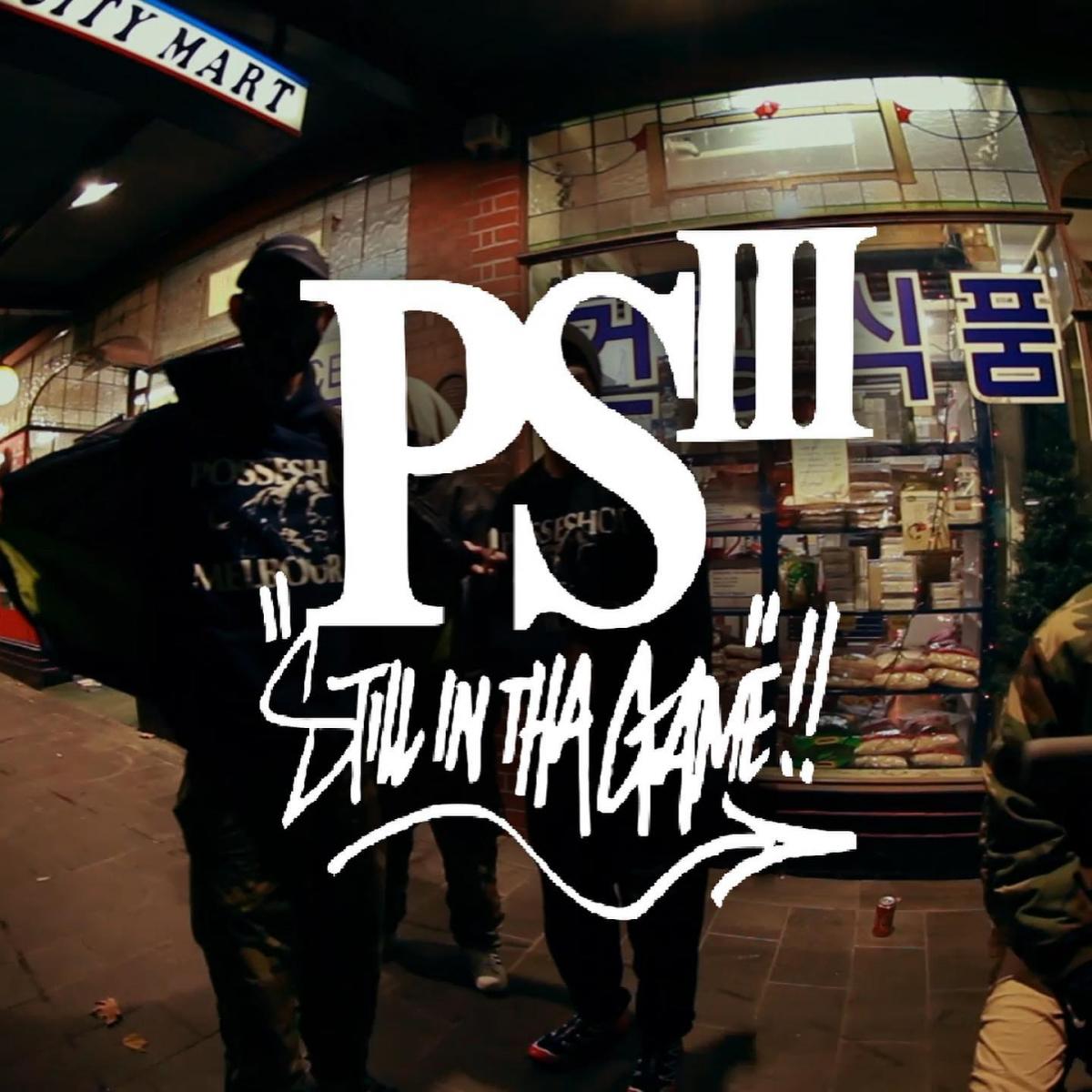 Off lockdown, Melbourne dons Posseshot (Kha and Mr Muscle) drop a new video as the duo step from the shadows crew-thick in a beat down of a Mobb Deep-ode in ‘Infamous’. Featuring GM Rock, PS empties clips in a campaign for the new album Posseshot III : Still in Tha Game.

Infamous carries a weight of homespun heart for the culture throwing back to a boom-bap golden era of hip-hop. In this heater beatsmith Kharni pours out liquor over a fallen legend with iron bars beatjacked from Prodigy’s ‘Keep it Thoro’ while MCs Mr Muscle and GM Rock tear a page from the Queensbridge, New York legends in vicious trades. If word is a weapon then this track drops bombs from a great height.

Infamous peels off from Still in Tha Game, the fifth release to fall from the down-south underground kings. The new album follows their self-titled debut album from 2018 featuring Tornts, Alex Jones and Diem and PSXPansion in 2019 (featuring Denter and the return of Tornts), PSSummer from 2020 and PSII (2021). All late night visuals were directed by KitchenWizardsMelbourne bringing heat to the darkened corners of a winter Melbourne night.

The self-proclaimed Melburn City’s Mobb Deep, Posseshot returns to claim theirs on Infamous, delivering on-point to strengthen their steez. Put some respect on their name! Get the money up!

Pre-orders for Posseshot III : Still in Tha Game are now available until 9 July