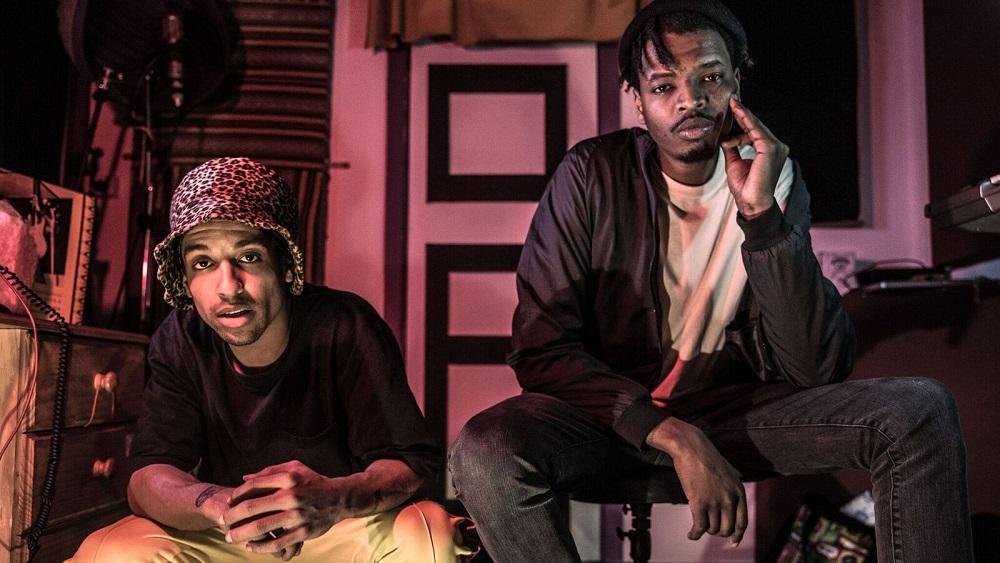 New Zealand's Raiza Biza and Melbourne's hip hop front runner REMI today share their new EP Black Hole Sun via their respective imprints Low Key Source and House of Beige Records. With the record's beat-making in the hands of Detroit’s legendary hip hop and production maestro Black Milk, the 6-track masterpiece flows between infectious grooves and features from the likes of Sampa the Great and Baro. Ahead of their upcoming Australia & New Zealand tour, the collaboration are also treating fans to the wild visuals for debut single “Runner” ft. Baro.

The impeccable release absorbs all the free flowing vocals and dynamic production afforded by the lineup of cross-nation collaborators, making for a melting pot of hip-hop and soul visions in one stunning reel of beats. Recent track “Runner” ft. Baro gave the first taste from the team; a high tempo, beat driven hip hop track electrified by dancing production from Black Milk, slick lyrics and cheeky verses from Melbourne friend Baro. Dropping the knees to a lower body groove, “Jiggy” expels deep bass strums to drive formidable vocals, backed by the smooth rhymes of Sampa the Great for a spine-tingling track and a force to be reckoned with. Stepping behind the mic for the feverous “Freeman”, Black Milk joins Remi and Raiza for a stunning marriage of hip hop vocals atop a slowed down beat, explosive bass hits and spiralling keys.

“Livestock” sees a refrain from special guests for a perfect homage to the chemistry behind the REMI and Raiza partnership, embodied in flowing vocals and blissful harmonies beside Black Milk’s ascending beats you can’t help but shimmy along to. “P.O.M.” continues the killer showcase of collaborative vocals while Black Milk curates yet another undeniable deep groove that slides into the finale in “Genesis”. A thought-provoking and powerful speech sustained by rolling production and defiant rhymes delivered once again by Sampa the Great, the track is a seamless sign-off to the record.

Accompanying the new EP is the video for recent sensation “Runner”, following the late night escapades of Remi, Raiza and Baro, plus a cameo from Remi's long-time musical collaborator (and half of REMI) Sensible J, who mixed the record at House of Beige Studios.

In celebration of the EP Remi and Raiza Biza will be bringing their new record in its entirety live to select stages in both their home countries this November. Kicking off on Friday November 9 on REMI’s home turf at Melbourne Northcote Social Club, the boys will then head to Sydney's iconic The Lansdowne Hotel on Friday November 16. They will next venture to Caroline in Wellington on Friday November 23 to meet Raiza Biza’s national fans, before wrapping up at Auckland’s Neck of the Woodson Saturday November 24. Fans can also catch Remi with his full live band at Southern Comfort’s multi-stage party Southern Sounds, hitting Sydney on Saturday December 8.

Remi is firmly placed at the top of Australia’s soul and hip hop spectrum, having performed sold-out headline tours across Europe & Australia as well as shared the stage with the likes of Joey Bada$$, Danny Brown & De La Soul. Hamilton based Kiwi-Rwandan rapper Raiza Biza has also seen global success, taking his captivating storytelling to stages across Europe, Australia and New Zealand. No strangers to collaboration, with Remi backing up on a remix track for Raiza's "Strong Woman". Their guest vocalists have also long been part of the family, with Remi and Sampa each featuring on one another's latest records as well as Sensible J's debut solo release "Fire Sign".

Needing little introduction since rising as a young hip hop star, Detroit visionary Black Milk made his first major mark on the industry with his work on Slum Village’s records before going on to work with the likes of J. Dilla, Danny Brown, RZA, Black Thought (The Roots), and Pharoahe Monch. Now signed to Nas’ record label Mass Appeal Records, where his latest multi-genre masterpiece FEVER was released, the prolific producer and rapper continues to expand on his acclaimed and diverse portfolio now with this new collaborative gem that will keep you moving with each and every listen.