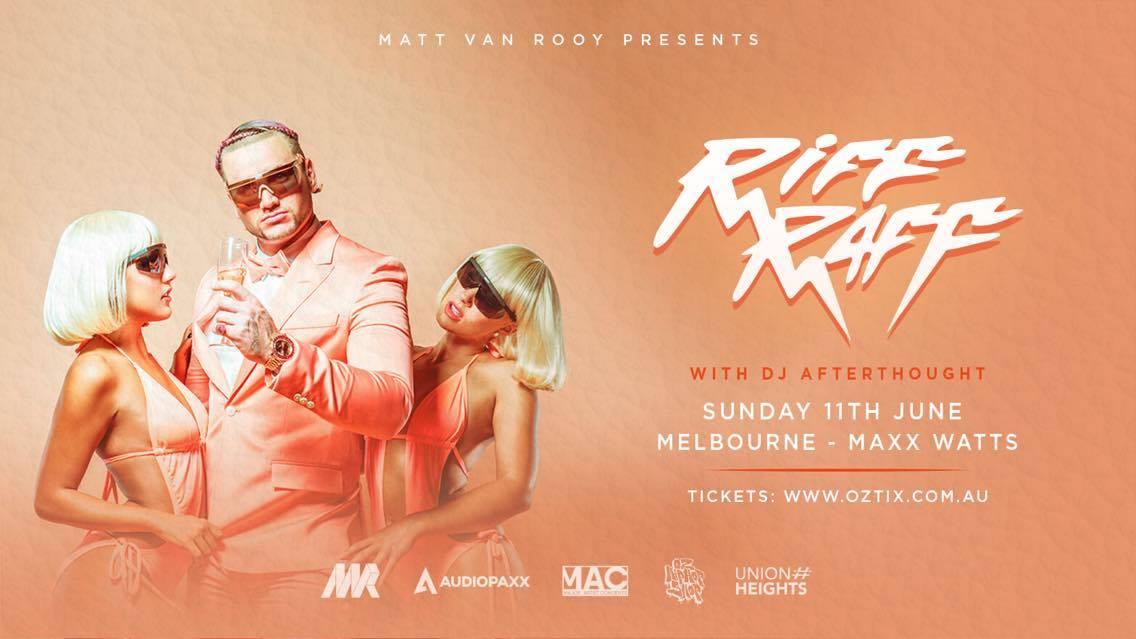 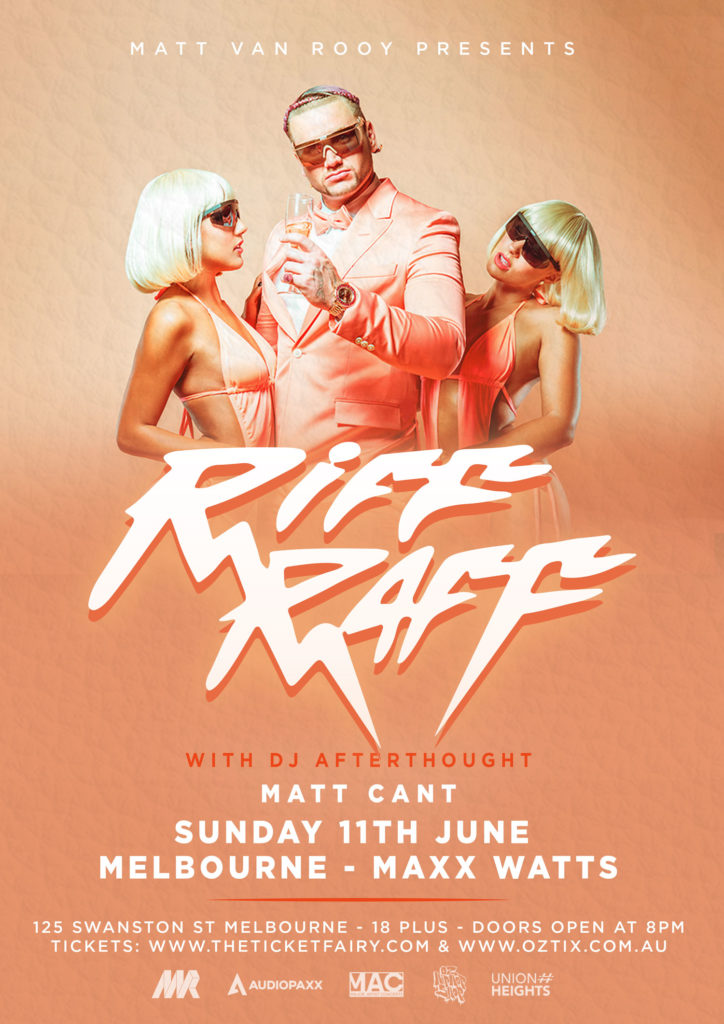 Known for his gleaming grills, razor-sliced eyebrows, zigzag beard, manicured cornrows and Evil Knievel jumpsuits, the Peach Panther touches down with DJ Afterthought to punctuate his Southern-sizzurp style and tear-loose at Melbourne’s Max Watt’s for one night only, this June. Tickets available through Ticket Fairy!

That greasy white-boy-rapper aka Rap Game James Franco, (after his inspired portrayal of the rapper in Spring Breakers), out of Houston, Texas first flashed his persona through YouTube and as far back as when MySpace had play in the game. Then in 2008, he plugged into the virtual levels of WorldStarHipHop video drops and mixtape pushes where he his larger-than-life look flamed into the fully-plumed caricature of hip-hop he currently portrays.

Signed to DJ legend Diplo’s Mad Decent label, he released his first major, Neon Icon in 2014 with it reaching fourth on Billboard's US Top Rap Albums chart. The LP featured Childish Gambino, Slim Thug, Paul Wall and Mac Miller with first single ‘How To Be the Man’ produced by DJ Mustard. He soon followed this up with Peach Panther through his own imprint Neon Nation Corporation two years later. Grabbing third spot on Billboard's US Top R&B/Hip-Hop Albums chart, Panther shared a guestlist with emcees Danny Brown, Gucci Mane and G-Eazy. The sizzurp-assassin found himself immersed in this thick of hip-hop’s elite.

With just under a decade in the game, Riff Raff has risen to become the most iced-out paleface in rap since Vanilla Ice dropped Ice Ice Baby. So much so that his concert fees have increased tenfold just to illustrate the weight he’s thrown about the industry. Where most rappers sweat vapors, his shows soak through to the bone a downpour of hardcore, rich rap-extravaganza. A Riff Raff show drips a diamond-shine of excess.

HOT-STEPPIN’ INTO MELBOURNE CITY, RIFF RAFF PROMISES TO GET LIT UNDER THE NEONS!