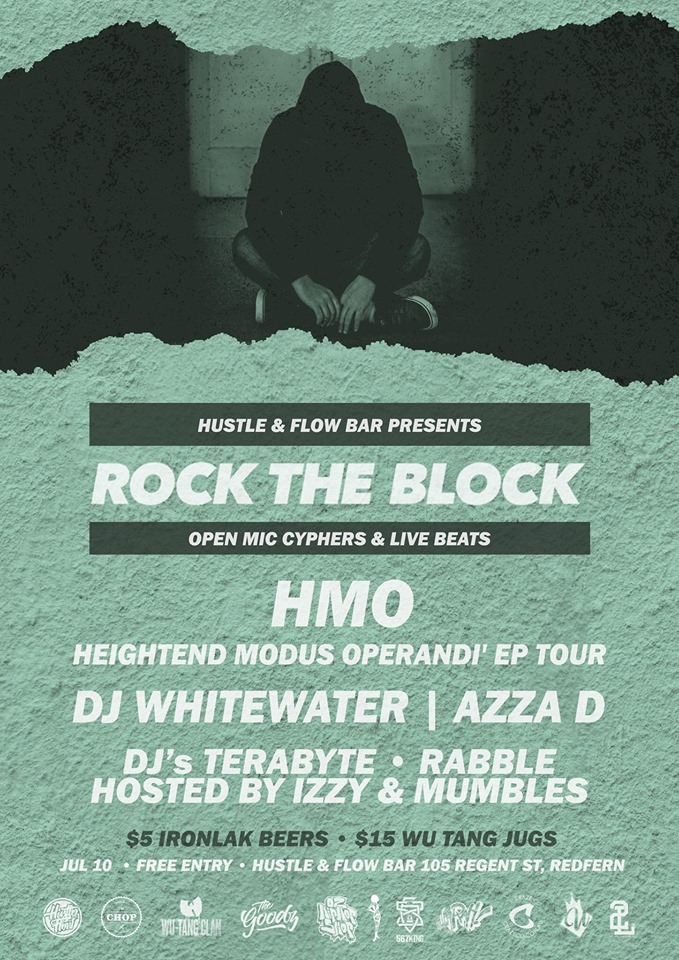 Hosted by:
Mighty ASH - On the mic
Elliot Mumbles Jeffcott - On the MPC

HMO is an MC, musician and producer from the South Coast of NSW. With an organic fusion of instrumentation and electronic elements, HMO’S music channels a range of Genres from early Funk and Soul to Reggae and Blues. Inspired by funk bands such as The Meters and James Brown, along with Hip Hop artists such as A Tribe Called Quest, Ice Cube, J Cole and a host of new Australian Hip Hop artists. HMO’s music aims to deliver funking beats with a distinct social and political message.