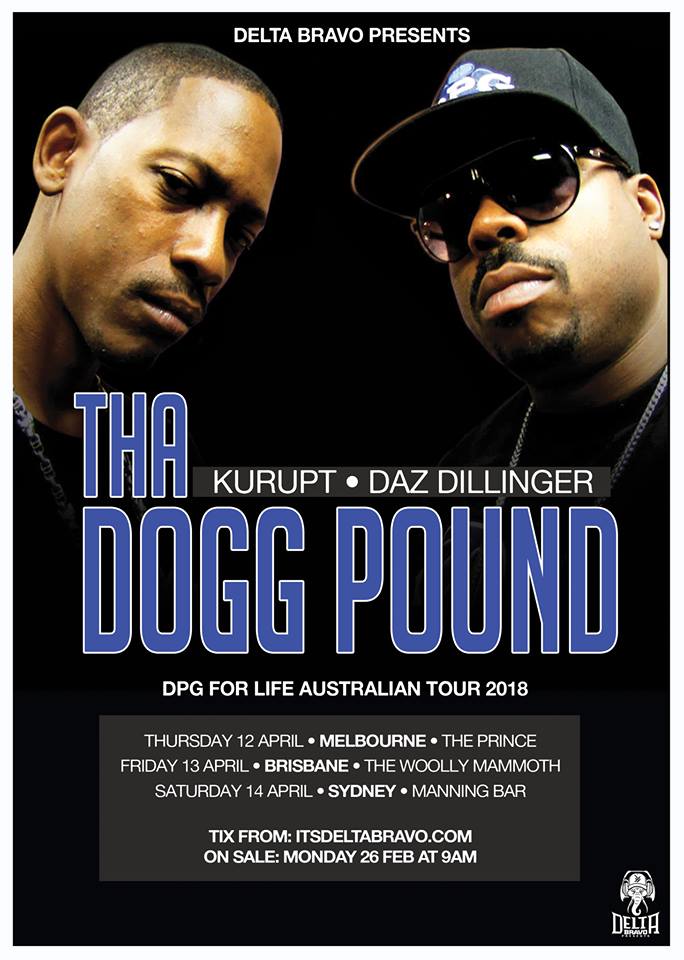 Australia are you ready for this?

When you think of West Coast hip hop, your mind will not often stray from the likes of 2pac, Snoop Dogg, DJ Quik and Dr Dre. Nestled amongst such luminaries are Daz Dillinger and Kurupt, the Grammy nominated collective known as Tha Dogg Pound, who have been a mainstay in the West Coast hip hop movement since their multi-platinum, debut release ‘’Dogg Food’’ in 1995.

Established and highly respected as solo MC’s, each with numerous solo albums to their credit, collectively, Tha Dogg Pound are a force to be reckoned with boasting seven studio albums, soundtrack appearances and a plethora of hits and features.

The essence of their live show was best described in a recent review (‘’The Plug Society’’) which stated, “Tha Dogg Pound took the crowd far back for a much needed reminder that although this sort of music cannot be replicated in the present day, it is still as fresh as ever when it is revisited’’.

Aussie fans are in for a treat as Tha Dogg Pound return to our shores for the first time since 2014 with their ‘’DPG For Life Tour’’, a show which promises lots of hits, anthems and the skill of two of the finest MC’s the West Coast has ever produced.