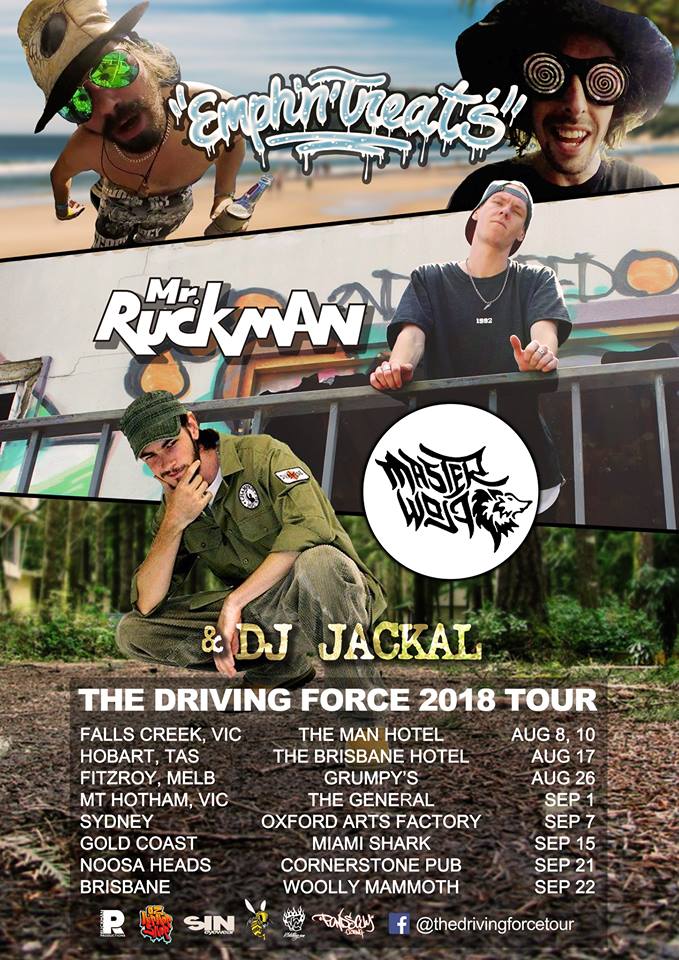 The Driving Force Tour is back again in 2018. This years tour is set to be massive with the announcement of Mr Ruckman joining Masterwolf and Emph N Treats on the road as they set off on another adventure of live music and shenanigans that they have become known for. From Victoria to Queensland this 9 show tour will be another one to remember as they bring a range of local supports to each show. All artists have been working hard on their craft over the last few years and are no strangers to rocking the crowd with a hype live show.

Come down and support what will be a great few nights of interstate and local hip hop.