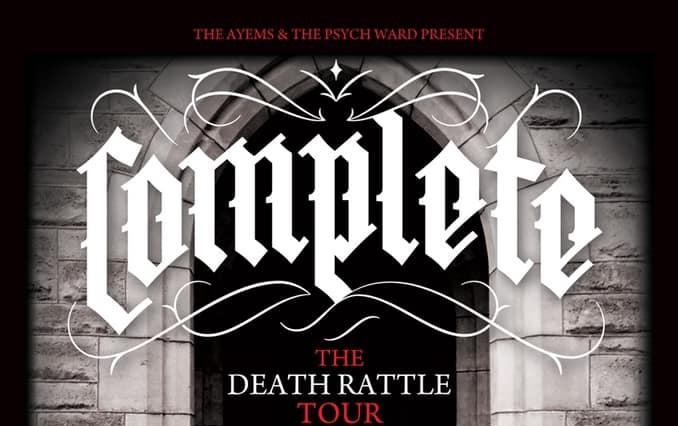 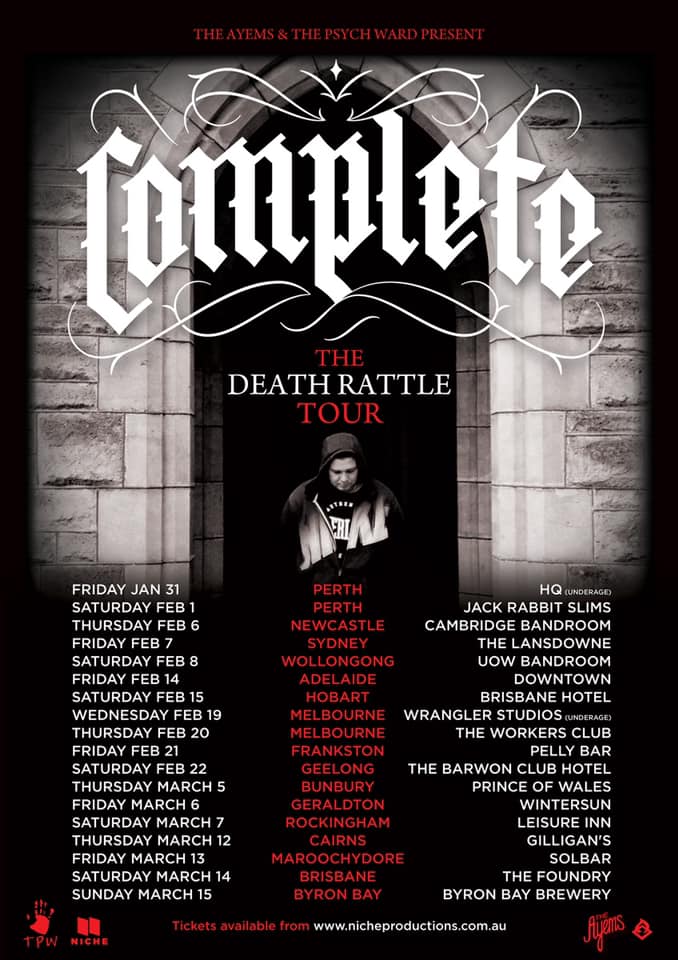 Perth’s Complete continues his 18-leg national tour w/ Omac, Mysc and Uncool Sam of The Psych Ward to support the release of his highly anticipated Death Rattle 17-track studio album released late last September on Drapht’s own The Ayems label with Warner Music Australia. Supporting his upcoming run of shows across WA, QLD and Byron Bay include Syllabolix’s own Bitter Belief, Manaz Ill (Adelaide), Greeley of ThcTV plus additionally Rome’z and 5past for selected shows.

Complete has already taken in almost a dozen shows across NSW, Victoria, Adelaide, Hobart after starting off with a hometown opener in Perth. A seasoned performer and musician, Complete has previously dropped Panic Disorder in 2010 (feat. Layla SBX, Mr. Grevis + TPW), the joint album Devil’s Resume with Omac in 2012, Paranoia Prison in 2014 and the While We Wait… mixtape at the end of 2017, building up a dedicated and loyal fanbase all too familiar with his back catalogue and memorable live shows. Having performed with the likes of Kerser, Merkules, Wombat, Drapht, The Funkoars, Madchild of Swollen Members, Lord Finesse & Large Professor, R.A The Rugged Man, Necro, Rates amongst others since 2010, Complete has built up a diverse fanbase from the ground up over the last decade that has grown with him.

A versatile and multi-layered rapper, Complete has the unique ability to provide a wide array of different music from the heartfelt to the comedic. With an excellent solo studio album now under his belt and finishing off his first extended national headline tour, the musical future seems bright for Complete. Catch Complete coming to a town near you soon or buy / stream his album Death Rattle - out now. It seems 2020 surely is the year for the Rise of the Ward.