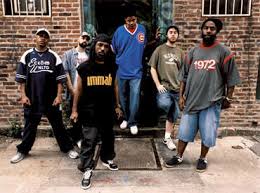 Aww sh*t yeah hip hop heads. Jurassic 5 Have announced a 2014 Australian tour that kicks off in March. Jurassic 5 who are made up of Chali 2na, Mark 7even, Zaakir, Akil, Cut Chemist and Nu-Mark will be hitting Melbourne, Sydney, Brisbane, Adelaide, Perth for a massive round of theater shows that will include a few favourites since forming in 1993 as well as a hype new live show. This wont be the first reunion show as they hit the stage in Coachella in April this year since splitting in 2007.