2. Stack For Ya Thoughts (Produced By Jayo James )

Note: Once purchased your item will become available to download in your shop account under My Downloadable Products. 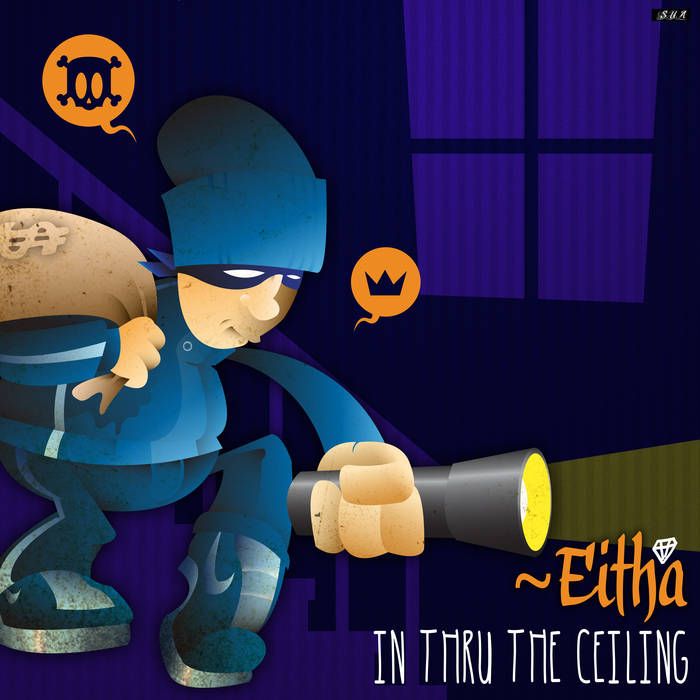 From cul-de-sac huts in the trenches of Sydney's south west a young Eitha gained inspiration from his surroundings to aspire to be a mc "it was the logical decision seeing as being a DJ involved having a house to keep turntables in and since real young I've had a gypsy mentality."

It was during Eiths time of homelessness that he met Tom Rock who was running hip hop workshops for troubled youth in Airds and Claymore in Sydney’s South West. These workshops gave him hope and drive that has always been cemented in his head; you don't have to settle for being a statistic. Everybody deserves the chance to achieve their full potential regardless of their social demographic.

In coming years Eith would do a few gigs in Sydney mc-ing for DJ Mo Funk at Sugar Reef in Kings Cross and Shark Bar in Sydney's CBD as an over keen 18 year old. Eith says living from house to house did distract him from making music of his own for a few years.

In 2010 Eith moved to Canberra. During this time he found his feet and started making music with his house mates. He found inspiration in the Hospice Crew watching it all come together to make the historic album ‘Stormwater’. Eith would attend gigs and be first to grab the mic at any open mic opportunity there was, sometimes making his own open mic if there was an intermission that he thought was going for too long. It was this hunger for stage time that saw Eitha grab the mic at the KP records event featuring Bone Thugs and Harmony in 2011. Rapping in front of 1600 people gave him a taste for the big shows that he wanted again. It turned out that night he captured the attention of KP Records owner Big Dave and in March 2012 he signed to KP records. Over his time with KP records he supported many international acts he grew up listening to and local artist he looked up to including KRS One, Ice Cube, D12, Xzibit, Obie Trice, Crazytown, Dogg Pound, RA the Rugged Man, Bone Thugs and Harmony, Def Wish Cast, Rates and Manaz Ill. Big Dave was a good influence on Eighths progression and for that Eith is forever grateful, as well as for the opportunities to do some big shows.

In-between gigs Eith and good friend Boyze MC recorded a 17 track mixtape called ‘Life On Stillts’ with fellow Canberra MC’s and friends Strate-Up Emcee, Villy the Kidd, Eff Dott, Sir Rated and EEce Ray. The mixtape gained a cult following and received more than the expected amount of downloads considering there were no YouTube clips and at the time was just something they worked on in their spare time. 2014 saw Eith face trying times in life that nearly broke him and he parted with KP records due to creative differences.

2015 sees the release of Eiths first studio album the ‘In thru the ceiling EP’ the first installment of a two part series of albums with Normals and cosmo beats then a full studio album towards the end of the year . 2015 also brings a new crew for Eith the S.U.A family a collection of Mcs ,Writers Producers and all round crowd pleasing moist makers .Since moving from Canberra eith has a collection of studio musicians he has been working with and helping youth at risk to make music all self funded with no goverment assistance other the EBT cards and his mullet .

2. Stack For Ya Thoughts (Produced By Jayo James )

All tracks Mixed by Boyze and Cosmo BnE

All tracks Mastered by Cosmo BnE


All Tracks recorded at Pirate studios by David Sparks

Sleazy hour with Sua 8.30 on wednesdays

Note: Once purchased your item will become available to download in your shop account under My Downloadable Products.