Be the first to review this product
$15.00
In stock
SKU
GPCD02
Add to Wish List Add to Compare 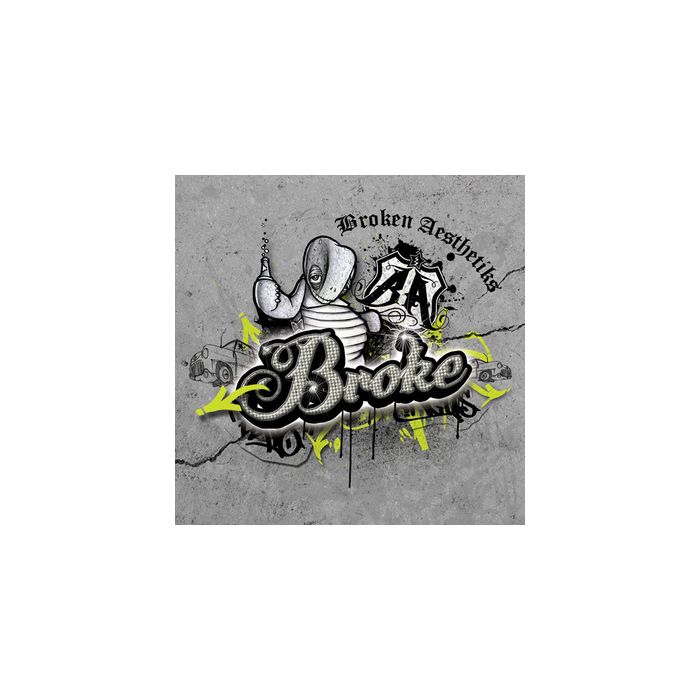 A lot of lyricists today like to hide behind mask or a persona. Perhaps this is because they have come up with an engaging alter ego. Perhaps they do not have a lot of life experience, confidence, or charisma personally. Or maybe they simply just aren't that interesting a person. Whatever the reason, Angus Younga is going against this grain.

An intruiging mix of tales of personal strife and achievement, lows and highs, struggles and triumphs interwoven amongst punchline-laden mayhem, the duo has constructed an immersive atmosphere on 'Broke'. Complimenting FatGut on the mic is DJ Elev8, whose beat juggling skills left him 3rd in the Victorian DMCs. Loops, samples and vocals are twisted, manipulated and cut to shreds without mercy throughout the entire album.

B.A brings a host of accomplices to the party with appearances by some of the Melbourne undergrounds' biggest talent including Sinergy Crew, Associated Illness, Didji, Def, DJ Bogues and J Waters amongst many others. MysTorri also lends her vocals across two tracks. Production on the album comes from a host of producers including Angus himself, Young B, Royalz (Sinergy Crew), Simple Simon, Dems and Tusker.

Whether you're into storytelling, exorcising demons, punchlines and metaphors or straight up wiling out, there is something here for everybody.