Be the first to review this product
$15.00
In stock
SKU
GPCD01
Add to Wish List Add to Compare 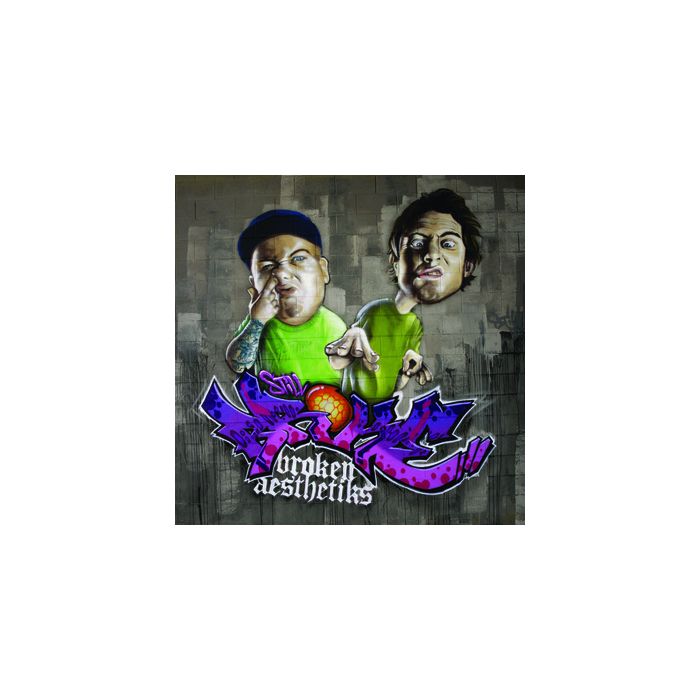 Due to the finalisation of legal proceedings stemming from their debut release, 'Broke', Grhyme Productions are now slightly apprehensive to announce (pending all guidelines laid out by Livinia Nixon's solicitors are met) the impending release of Broken Aesthetik's sophomore album, the aptly titled 'Still Broke'.

Anyone who has had the pleasure of seeing the duo live, would be well aware of the tongue-in-cheek antics of the group's lone emcee, FatGut. Scathing social commentary, celebrity undressing, and at times personal catharsis, are delivered with an always upbeat tempo. This can find you with a beaming smile, waving your hands in the air like you just don't care, to topics that you perhaps would never have imagined yourself doing so. The wheels are greased by regular DMC challenger DJ Elev8, who is known for tormenting the souls of 'sound guys' across the state with his elaborate set ups. Every time he plays, it's like a trip to Ikea.

'Still Broke' is a tighter woven album than it's predeccesor, forged with a renewed vigour and focus. This time around it was about trimming the fat (sans the gut). More beats were left on the cutting room floor. More scraps of paper left in the bin. The core elements at the heart of Broken Aesthetik's still do and always will reign supreme. There are always lessons to be learnt in life, just don't take yourself too seriously. BOLO not YOLO.

Due to their own deep seeded feelings of inadequecy, BA have collaborated with a troupe of talented rhyme slingers on 'Still Broke'. Fatty Phew, Raven, Royalz & Chains One of Sinergy Crew, and none other than Brooklyn's Ruste Juxx all appear, alongside the production of Dave V, Engineer, DJ Butcher & Cam Bluff.